Post-2003 Iraq is a vivid proof that the rule of a Shia government will not ameliorate the life of Mesopotamian Christians who have been traumatized under the reign of al-Qaeda. 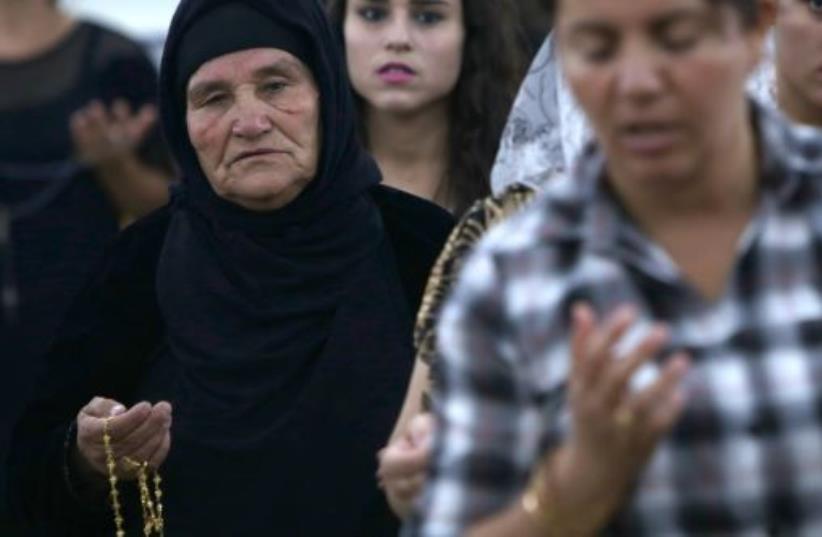 Iraqi Christians who fled the violence in the northern city of Mosul, pray at the MarAfram church in the village of Qaraqush, about 30 kms east of Mosul
(photo credit: SAFIN HAMED / AFP)
Advertisement

The Biden administration’s intention to delist the Islamic Revolutionary Guard Corps from the foreign terrorist list could have a devastating impact on the remaining Christians of Iraq, where a confident IRGC translates into a stronger leverage for militiamen in Iraq.

Post-2003 Iraq is a vivid proof that the rule of a Shia government will not ameliorate the life of Mesopotamian Christians who have been traumatized under the reign of al-Qaeda. The number of the Iraqi Christians has dwindled dramatically from 1.25 million to less than 275,000 in the last two decades.

Baghdad, which has been under the jurisdiction of the Iranian-backed Shia militias since the fall of Saddam Hussein, has lost most of its Christian population. Out of hundreds of thousands of Christians who lived in Baghdad before 2003, only a few hundred Christians remain today.

Under Saddam Hussein, and even under the rule of the monarchy in Iraq, the Christians had their share of oppression and suffering. But the unleashed power of the armed groups which can’t be controlled by the state is threatening the existence of the Christians in Iraq.

In 2014 and 2015 the Iraqi government issued new legislation to stop the illegal expropriation of Christian properties to powerful militias in places like Baghdad, Basra and Nineveh, but these laws could not be implemented properly due to the unstoppable power of the militias and the armed political parties. 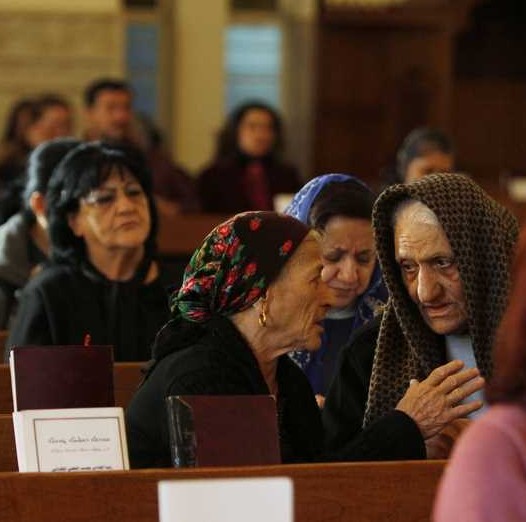 Iraqi Christians attend mass at Mar George Chaldean Church in Baghdad, March 1, 2015. Iraqi Christians say they have no intention of leaving the country despite the recent abduction of over 100 Assyrian Christians by the Islamic State (credit: REUTERS)

After the fall of Saddam Hussein’s regime in 2003, Iraqi Shi’ite militias close to Iran emerged as the dominant power in Iraq. The decreasing number of Christians in Iraq indicate that the fate of the Iraqi Jews could possibly be repeated with the Christians this time.

Although there are no laws against the presence of the Christians in Iraq today, which existed in the case of the Jews after 1948, the Christians have been suffering for years from oppression and threats by the powerful Iranian-backed militias. The weaker the state is, the stronger the militias are.

A delisted IRGC would find it more affordable to fund and equip its proxies in Iraq. When money was tight, Esmail Qaani, an IRGC brigadier general and commander of its Quds Force, once handed out pistachios and rings. He couldn’t afford to do better than that.

Delisting the IRGC would set a precedent. It would embolden the sanctioned Iran-backed militias to defy US designations or wait them out; they may even pressure the Iraqi government to ask the US to delist them.

After his win in the elections last year, Muqtada al-Sadr, leader of the al-Sadrist movement, promised to “reestablish justice and put an end to infringements on the property rights of Christians.” But only a very small number of properties were returned through personal relations, as the returned properties were confiscated by al-Sadr armed groups.

Despite all the assurances the Christians receive from the Iraqi government, most are searching for ways to leave the country. Fearing persecution, living under threats, inequality and lack of opportunities, are circumstances that are pushing most of the Christian families to wait for a chance to leave Iraq.

The author is a Washington-based Syrian American writer and senior fellow for the Philos Project.