Kanye West's attacks on Jews: Where is the public outrage? - opinion

Where’s the collective outrage amongst celebrities? Where are the ‘we stand with Jews’ temporary profile pictures?

Kanye West, or as he currently has it – Ye – has been causing rather an unmusical stir. West is widely regarded as one of the most influential hip-hop artists of all time, so it is not his music which has been getting him in trouble.

The tempest has to do with his recent antisemitic outbursts on social media in which he vowed to go “death con 3 on Jewish people,” among other vile things.

I use the word stir, rather than outrage, because although he’s been suspended from Twitter and Instagram and various of his collaborators have dropped him, there is very little by way of outrage from other celebrities and the public in general, save from those who are members of the tribe.

As American comedienne Sarah Silverman tweeted: “Kanye threatened the Jews yesterday on Twitter and it’s not even trending. Why do mostly only Jews speak up against Jewish hate? The silence is so loud.”

Kanye threatened the Jews yesterday on twitter and it’s not even trending. Why do mostly only Jews speak up against Jewish hate? The silence is so loud

Having scratched around, looking for reactions from non-Jewish celebrities to West’s antisemitic remarks, I found a video posted on Instagram, by the English pop star Boy George saying he was “listening with great sadness to the antisemitic comments coming out of Kanye West’s mouth.” He went on to say that he was “kind of appalled that not more artists have come out and spoken against what he’s saying.” 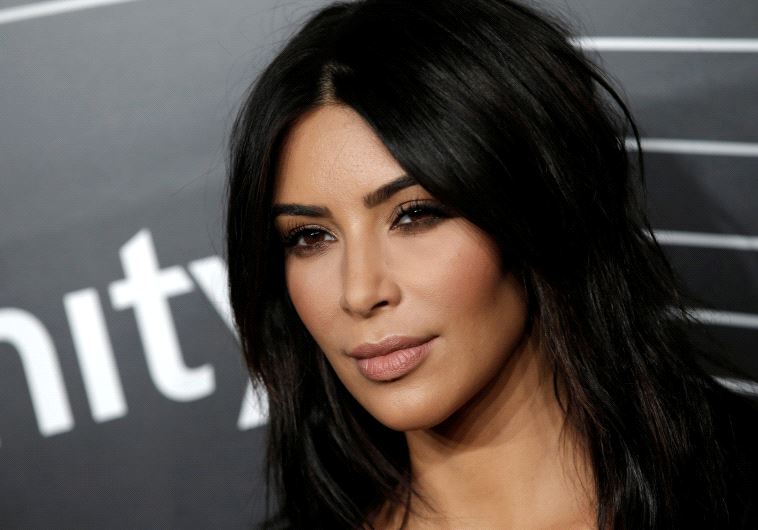 What’s more, he said that he was irked by Kim Kardashian, West’s former wife, and her silence on the matter. Kardashian has since come out in support of the Jewish community, although she stopped short of mentioning West.

“Hate speech is never OK or excusable,” she said on Twitter. “I stand together with the Jewish community and call on the terrible violence and hateful rhetoric towards them to come to an immediate end.”

West is no stranger to controversy and his outbursts are well documented. Indeed many have sought to excuse his behavior, blaming it on his ongoing struggle, with what he has said is a diagnosis of bipolar disorder.

While Instagram and Twitter have suspended his account, and many companies have severed ties with the rapper, including Adidas, (who took their time before eventually bowing to pressure and cutting him off), West still has some mainstream support.

Former US president Donald Trump, for example, has stood by West throughout this whole disgraceful affair, despite West saying in a recent interview with Fox News that Trump’s son-in-law, Jared Kushner, had brokered the 2020 Abraham Accords peace agreements between Israel and several Arab nations in order “to make money.”

AS WAS reported in The Jerusalem Post, “Not only did Trump refuse to condemn Ye’s comments, but he doubled down with effusive praise, thanking the rapper for his undying loyalty and support.”

As Dan Charnas, NYU professor and former music industry executive told the LA Times: “Corporations and brands are about looking good, which is not always in alignment with actually being good. Though Kanye may be a liability for brands now, and there will be more and more folks who refuse to do business with him, I don’t have great confidence that any celebrity in this business and information environment will remain a pariah simply for ethical or moral reasons.”

This is especially true when it comes to antisemitism.

Mel Gibson is perhaps the most extreme case of a well known Jew-hater being pardoned and welcomed back into the entertainment industry. Joshua Malina, in The Atlantic, asks why is Hollywood still hiring him? “The fact that this doesn’t seem to bother Warner Bros. executives makes me wonder if, to them, “Jews don’t count”–as the comic David Baddiel posits in his book of the same name,” he says.

“Baddiel, a British Jew, argues that “polite” society treats antisemitism as a semi-acceptable form of prejudice,” he continues.

Some would argue that, like Gibson, it is only a matter of time before West is pardoned and welcomed back into the entertainment fold.

West’s antisemitic rants do not exist in a vacuum. Last weekend, an antisemitic group calling itself the Goyim Defense League hung banners over a busy Los Angeles freeway stating, “Kanye is right about the Jews.” According to the LA Times, this sparked a sharp rise in antisemitic incidents in Los Angeles over the last days and weeks, which has undoubtedly had a ripple effect across the world. Such is West’s reach.

For now, the tide is turning against West, but still, the silence in some quarters is deafening. Where’s the collective outrage amongst celebrities, and not just those of the Red Sea Pedestrian ilk? Where are the ‘we stand with Jews’ temporary profile pictures on the social media accounts of ordinary Joes and armbands expressing solidarity and support for Jews on sportsmen and women?

Whereas on other occasions in which minority groups have come under attack, such symbols of support are everywhere, on this occasion, they are noticeable by their absence.

As Jonathan Greenblatt, the CEO of the Anti-Defamation League said, “In a short period, Ye’s made himself the most well-known, widely heard, brazen antisemite on the planet. Where is the outrage?”

The writer is a former lawyer from Manchester, England. She now lives in Netanya, where she spends most of her time writing and enjoying her new life in Israel.