Shimon Peres’s dreams of peace and his support for Palestinianism and “the two-state-solution” became a nightmare which haunts us until today. This is his true legacy.

Shimon Peres, an iconic Israeli leader until his death in 2016 at the age of 93, was the subject of a recent documentary sponsored by the Simon Wiesenthal Center. A prominent figure in the Labor Party, Peres held the positions of prime minister, foreign minister and president of Israel. He was best known for his role in developing Israel’s nuclear facility, as well as what was known as “the peace process” that became the basis for the Oslo Accords, for which he shared the Nobel Prize with Yitzhak Rabin and Yasser Arafat.

The film and plans to name the International Convention Center in Jerusalem in his memory, however, have stirred controversy and criticism for what many believe to be a publicity campaign that ignores Peres’s true legacy: the Oslo Accords, and his failure to understand the PLO’s agenda to destroy Israel.

In 1985, as prime minister, Peres arranged the release of over 1,000 convicted terrorists in what was called the “Ahmed Jabril deal,” named after the terrorist leader of the Popular Front for the Liberation of Palestine (PLFP). Less than three years later in December 1987, many of the terrorists led a surge of violence, known as the First Intifada, and others joined terrorist organizations.

Before the 1992 elections, Peres’s deputy Yossi Beilin concluded secret deals with the PLO in which the Israeli leaders pledged to grant it self-rule and quasi-state status. This became the basis of the Oslo Accords. The secret content of these negotiations has never been revealed. 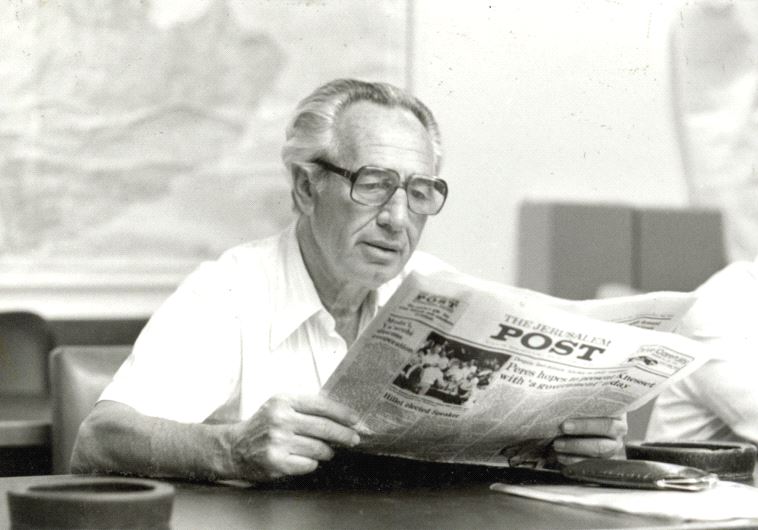 As waves of terrorism struck Israel shortly after the accords were signed, Rabin and Peres continued to support the agreements. After Rabin was assassinated in November 1995, Peres became prime minister and refused to condemn Arafat and the PLO, and continued to support him.

Benjamin Netanyahu defeated Peres in the 1996 election for prime minister, but in 1999, Ehud Barak took office and followed the Peres policy in talks mediated by then-US president Bill Clinton at Camp David in the summer of 2000 – even as Arafat, Barak’s partner in those negotiations, was preparing terrorist attacks and what became known as the Second Intifada (2000-2004).

Despite Arafat’s involvement in terrorism, Peres continued to support the PA/PLO and urged further withdrawals, including the expulsion of Jews from Gush Katif and other Israeli communities in the Gaza Strip (the “Disengagment”) in 2005, carried out by then-prime minister Ariel Sharon, which enabled Hamas to occupy the area and expand its influence in Judea, Samaria and eastern Jerusalem (the “West Bank”).

Peres also supported the “two-state-solution” – a PLO/Hamas/Islamic Jihad-dominated state dedicated to Israel’s destruction – which was the basis of the Oslo Accords. He refused to condemn Arafat and the PLO for violating the terms of the Oslo Accords – despite Arafat’s own admission that he had no intention of honoring agreements and his renouncing support for terrorism.

Although Peres condemned Palestinian terrorism, he ignored the role of the PA/PLO in promoting it. He did not, for example, denounce their policy of rewarding terrorists and their families and honoring them as “martyrs.” Nor did he condemn the PA/PLO for their propaganda campaign and incitement against Israel.

The disaster of the Oslo Accords was not only that it legitimized Arafat and the PLO and ignored their role in promoting terrorism, but that it legitimized other Islamic terrorist groups such as Hamas, al Qaeda and Palestinian Islamic Jihad – which led to the Second Intifada and the 9/11 attack on America, and inspired terrorist attacks throughout the world.

Yitzhak Rabin, Shimon Peres and Bill Clinton misled us into believing that Arafat and other terrorists would promote peace and protect the Jewish state. But it was not reality: It was a lie.

Shimon Peres’s dreams of peace and his support for Palestinianism and “the two-state-solution” – an independent Palestinian state based on the 1949 Armistice lines – became a nightmare which haunts us until today. This is his true legacy.

The writer is a PhD historian and journalist.