How does the White House report on antisemitism? - opinion

This is but a brief overview of White House experiences addressing the topic of antisemitism.

For the purpose of this article, the working definition of antisemitism by The International Holocaust Remembrance Alliance is as follows: “Antisemitism is a certain perception of Jews, which may be expressed as hatred toward Jews. Rhetorical and physical manifestations of antisemitism are directed toward Jewish or non-Jewish individuals and/or their property, toward Jewish community institutions and religious facilities.”

I am a Christian journalist covering the White House. Besides news reporting on antisemitism, there is the crucial role as educator to White House staff and fellow news reporters on this topic. Reporting on antisemitism involves hateful expression toward Jewish people and Israel either directly or indirectly, whether it is in forms of discrimination against Jews in speech or actions, or anti-Israel expressions by enemies of Israel (such as Iran), or funding of the Palestinian Authority with their “Pay-to-Slay” policy and the antisemitic curriculum in the schools of the United Nations Relief and Works Authority (UNRWA).

The defunding of UNRWA brought attention to their school curriculum and textbooks portraying Israel as the occupier and training children to hate Jews. The key player in the investigation of UNRWA is US Senator James Risch. In 2017, Risch, who then headed the Near East Subcommittee of the US Senate Foreign Relations Committee, successfully requested an investigation by the GAO (General Accounting Office) into how US tax dollars funding UNRWA are being used.

The resulting GAO investigative report, issued when Risch assumed the chair of the US Senate Foreign Relations Committee, revealed that UNRWA was lying to the State Department on how funds were used, resulting in president Donald Trump defunding UNRWA.

Expressions of antisemitism are addressed in numerous news reports that emanate from the White House. A kick-off question regarding UNRWA was featured on Channel 20 on January 25, 2017, during the first week of Trump’s White House press conferences with press secretary Sean Spicer. 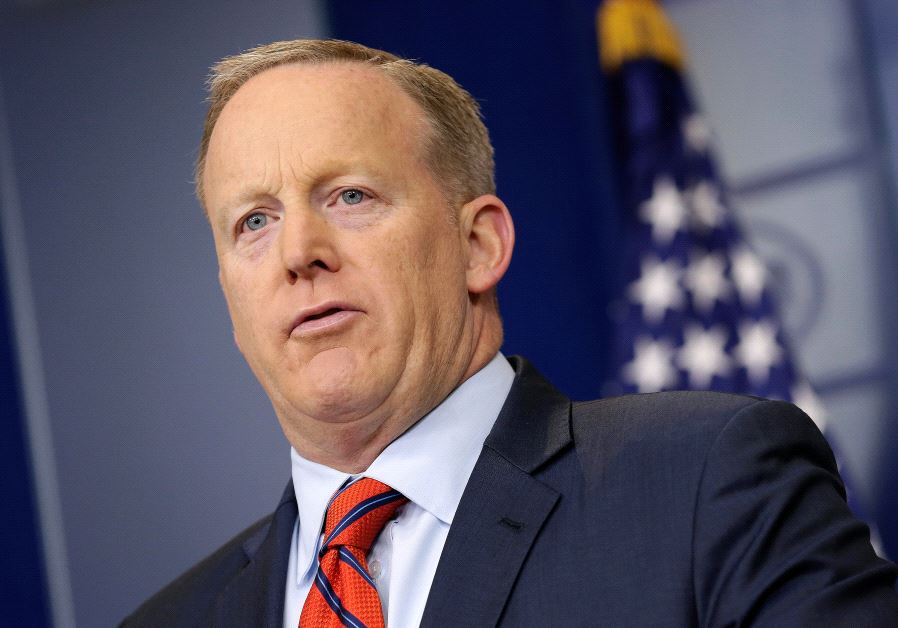 Next, the most prominent opportunity to comprehensively address key components of antisemitism occurred when President Joe Biden’s White House press secretary Jennifer Psaki responded to questions on April 25, regarding the Palestinian Authority’s “Pay-to-Slay” program, UNRWA, and the desecration of the Jewish cemetery in Vilnius. This cemetery was desecrated by the Russians at the end of World War II. Jewish people constantly rally at this site and plea for protection for this sacred cemetery from further desecration by Vilnius city officials.

Current White House Press Secretary Karine Jean-Pierre responded on December 7, to a reporter’s question disputing her statement that the Biden administration is opposed to antisemitism in any form.

Reporting on antisemitism is a challenge at the White House, since too many reporters and staff describe Israel as an “occupier” that has created an “apartheid state.” But what about the antisemitic individuals in the West Bank and Gaza who do not want Jews living there? Those apartheid concerns are especially laid to rest in a new report about a Jerusalem hospital visit titled “Debunking the Apartheid Myth: A Typical Day in Jerusalem’s Hadassah Hospital” (September 14).

Why is more education recommended regarding all forms of antisemitism? According to an Anti-Defamation League (ADL) report in May, antisemitism is greatly on the rise. The following statement was made in its report: “We are always concerned about an increase in antisemitic incidents, but this year’s big spike is especially troubling,” said ADL Southwest Regional Director Mark B. Toubin. “Moreover, incident reports have continued seemingly unabated into 2022, with numerous distributions of antisemitic and racist propaganda. Generally, where there is antisemitism, there are other types of hate.”

Very telling is an ADL Global Study of over 100 countries (2014-2019), which revealed that more than a billion people in the world harbored antisemitic attitudes.

This is but a brief overview of White House experiences addressing the topic of antisemitism. Videos referenced in this viewpoint that reveal more information can be found on the InterMountain Christian News YouTube channel.

The writer is the White House correspondent for IMCNews and the Israeli news service Newsrael.