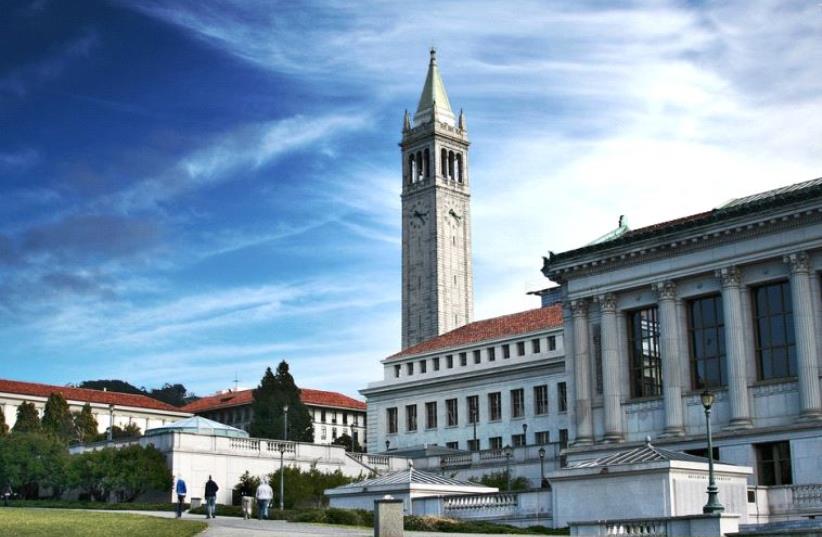 At a time when Jew-hatred is rising at an alarming rate on college campuses, and Jewish students desperately need school administrators to intervene on their behalf, it is infuriating to see the administration at UC Berkeley School of Law protect discrimination against Jews on campus.

In August, nine university-funded student groups adopted a bylaw that prohibits the groups from inviting Zionists and Israeli speakers. In response to outrage by the Jewish community, the university published an op-ed in which the dean characterized the bylaw as an issue of free speech, and incorrectly applied First Amendment law to rationalize the school’s continued funding of the groups that have adopted the bylaw.

But the bylaw is not about speech – it is about speakers.

What is the bylaw?

The bylaw states: “In the interest of protecting the safety and welfare of Palestinian students on campus, [student group] will not invite speakers that have expressed and continue to hold views or host, sponsor, or promote events in support of Zionism, the apartheid state of Israel, and the occupation of Palestine.”

Sather Tower rises above the University of California at Berkeley campus in Berkeley, California May 12, 2014 (credit: NOAH BERGER / REUTERS)

The description of Israeli and Zionist speakers as “speakers that have expressed ‘views’ in support of Zionism and Israel,” is nothing more than a hollow attempt to draw attention away from the fact that the policy exists to exclude speakers – not speech.

The word “views” does not magically cloak the bylaw’s discriminatory policy in free speech protection. Under the bylaw, these student groups may not invite Zionists and Israelis i.e., most Jews – to speak – regardless of the topic.

For example, if an environmental law group on campus were to adopt the bylaw, a Jewish student would not be permitted to speak to the group about legal strategies to save whales – simply because he believes that Jews have a right to self-determination.

In the same vein, an Israeli student who wishes to speak about her experience with gender discrimination would be prevented from doing so at Women of Berkeley Law – solely because she holds the view that Jews have a right to live in their ancestral homeland.

THE DEAN suggests that this discrimination is an unintended consequence of the bylaw. But make no mistake, discrimination is its very purpose. The bylaw has Jew-hatred at its core and was designed to exclude, isolate, and ostracize Jewish students. It unmistakably communicates that Zionists and Israelis must conceal their ethnic identities and national origins – or risk being canceled.

Imagine if the bylaw targeted gay people. What if instead of excluding speakers with “views in support of Zionism” the bylaw excluded speakers with “views in support of homosexuality?” The effect would be to exclude speakers who are gay, and the school would undoubtedly move swiftly to defund such groups – as it should. Why does the exclusion of Jews not elicit the same response? Have Jews not been harassed, ostracized, marginalized, beaten, and killed enough to earn the same protection?

The dean points out that, under the First Amendment, the law school cannot compel student groups to permit the expression of views they don’t support. I agree. The university cannot compel an anti-gun group to host speeches in support of gun ownership. Nor can it require a pro-life group to host a speech in support of abortion. But when the law school uses government money to fund groups that exclude a protected class of speakers – regardless of the topic, it enters the realm of Title VI discrimination.

With universities today purportedly being uber-sensitive to discrimination, it is indefensible that the law school administration refuses to enforce anti-discrimination laws on behalf of Jewish students.

The academic community must come together to demand that the law school change course and fulfill its obligation to create a learning environment free from discrimination and provide all students with equal access to school resources and programming.

As of now, when it comes to fighting Jew-hatred on campus, Berkeley Law earns a failing grade.

The writer is director of litigation at The Lawfare Project.