The ties between the Druse and Israel are unique and strong. 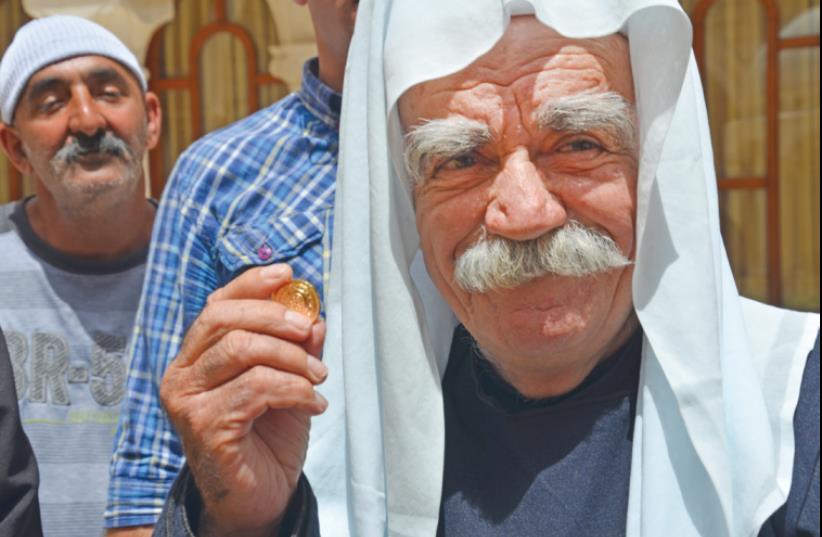 DRUSE SPIRITUAL LEADER Sheikh Muafek Tarif attends the ceremony honoring the divers on Monday.
(photo credit: AVI MIZRAHI)
Advertisement
The Druse are in danger and Israel has an obligation to help them. On June 10, Jabhat al-Nusra or the Nusra Front, a terrorist organization affiliated with al-Qaida, killed at least 20 Druse in Qalb Loze, a village in Syria’s northwestern Idlib province.Six days later, two Syrian soldiers serving at the Syrian Druse town of Hader, about three kilometers from the Israeli Druse village of Majdal al-Shams, killed their Druse commander before defecting to the Nusra Front.The next day, Islamists and other rebel forces seized a strategic hilltop north of Hader and have essentially surrounded the village, home to some 25,000 Syrian Druse.UN peacekeeping forces have once again proved their uselessness when they are needed most. The no-man’s zone they once manned has been all but abandoned, leaving the Druse to fare for themselves.There is also concern regarding the fate of Druse living in Jabal al-Duruz, or Druse Mountain, the region to the south of Damascus and north of the border with Jordan that is about 80 to 100 km from the Israel-Syria border.Members of Israel’s Druse community, which makes up about 1.5 percent of the total Israeli population, are rightly worried. This week, thousands of Israeli Druse demonstrated in Isfiya and Majdal Shams.Deputy Minister for Development of the Negev and Galilee Ayub Karab, with other prominent Israeli Druse, including elite IDF officers, have called on Israel to extend humanitarian, economic, and military aid to their brethren.For a number of reasons, Israel should listen to them and come to the aid of Syria’s embattled Druse.The Druse population in Israel – not including the Druse who live on the Golan Heights – have consistently been loyal to Israel. Starting in the 1930s, well before the establishment of the State of Israel, cooperation with the Druse, particularly military cooperation, has been strong. Hundreds of Druse IDF soldiers have fought bravely to protect the Jewish state over the years. Dozens have made the ultimate sacrifice.The Druse, bitterly aware of what it means to be a persecuted religious minority, seem themselves as having a “blood covenant” with the Jews of Israel. Just as Israel’s leaders have consistently acted to protect Jews in danger regardless of where they are in the world, so too the Jewish state has a moral obligation to extend the same sort of responsibility to the Druse.Those Druse in Syria and Lebanon who remain antagonistic toward Israel do so more out of a need for self-preservation than an identification with the anti-Semitism that surrounds them in much of the Muslim world.Israel has worked hard to remain neutral and has no interest in being dragged into the civil war raging in Syria. But there is little in the claim that by helping the Druse Israel will be taking a side in the combat.Syria’s minority Allawites, of whom Bashar Assad is a member, enjoys the backing of many Druse and Christians along with Shi’ites in Lebanon and in Iran.But the political situation is a bit more complicated.Walid Jumblatt, a political leader of Lebanon’s Druse and an old hand at maneuvering Lebanon’s sectarian jungle, is a vociferous critic of the Assad regime in Syria.In the southwestern Suweida province of Syria, the Druse are split into three camps: those who side with the regime, those who refused army service and chose to defend the province by themselves, and those who are still neutral. Sheikh Wahid al-Balous, a Syrian Druse critic of the Assad regime, is indirectly coordinating with rebels from the Free Syrian Army.As an embattled religious minority living in the Middle East, the Jews of Israel are the natural allies of other groups such as Yazidis, Kurds, Baha’is, and Christians.But the ties between the Druse and Israel are unique and strong. Perhaps one day after the complete disintegration of Syria, a Druse state or autonomous region will be created after previous attempts in 1921 and in 1967 failed.Such a state, which Israel should help to create, would be a natural ally. Israel should also consider clandestine arms transports to Druse in Hader and Druse Mountain.Israel has an obligation to use all means at its disposal to protect Druse from murderous extremist Muslims. We must remember that, if not for the Jewish state’s military might, augmented by the contribution of the Druse, these same fanatics, given the chance, would treat Jews no better than the Druse victims of Qalb Loze.