INCLUSION IN Jewish Day Schools in New York and in Israel lags far behind other parochial education systems in other countries. 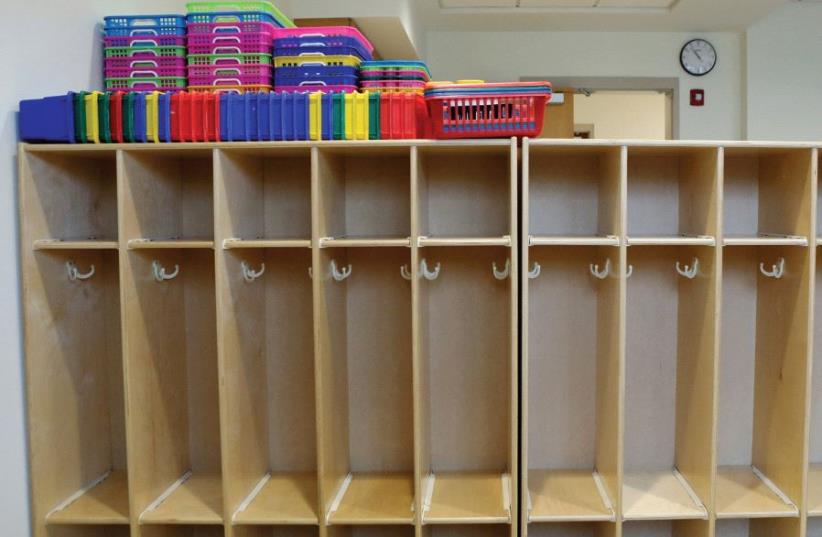 Jewish Day School
(photo credit: REUTERS)
Advertisement
Nine years ago to the day, Caila crash-landed into our lives like a fiery comet. My wife, Jodi, and I had decided not to do invasive prenatal screening and so it was only on her fourth day of life that we learned Caila had Down syndrome. It was a defining life moment and we understood within minutes of hearing the news that how we responded would determine so much of our lives, and Caila’s life.Today, nine years later, we know that Caila may not be genetically perfect but she is perfect for our family. She has taught us love and light and perseverance. She has taught us to literally stop and smell the roses and to find beauty and wonder in everyday things. She is the true hero of our aliya story because she came to a new country, new culture and new language in an overcrowded regular public school system with limited support for special needs kids and she is fluent in Hebrew and keeping up with her regularly developing peers.When Caila was eight months old, she was evaluated by Prof. Reuven Feuerstein of the Feuerstein Institute in Jerusalem. After spending some time with her, Prof. Feuerstein took my hand, looked me in the eyes and said, promise me two things: one, that we would never put Caila in a special needs school and would keep her in a full inclusion environment, and two, that we would invite him to her marriage.Little did we know that day how difficult keeping those promises would be. Inclusion in Jewish Day Schools in New York and in Israel lags far behind other parochial education systems and other countries. Caila was rejected by all but one Jewish day school in New York and eight national religious public schools in Jerusalem. All of them without even meeting or assessing her. And, with very few exceptions, the Chief Rabbinate in Israel will not marry people with Down syndrome.As an example, here is an excerpt from a conversation I had with the chairman of the board of one of the Jewish Day Schools in Manhattan. Caila had been rejected by the school, again without even meeting her, and I reached out to the chairman asking for his help. He reaffirmed that the school does not “take those kind of children” and suggested that I send Caila to a non-Jewish special needs school in Manhattan. I explained that we were looking for inclusion, not a special needs school and asked him how I could give my child a Jewish education if no Jewish school would accept her.His answer: “Send her to the non-Jewish special needs school and you can bring her to the Jewish school on Hanukka– we will let her light a candle or two, and send her again on Purim – we will give her half a hamantaschen.”It was at that stage that I seriously considered having a T-shirt printed for Caila that read: “I have an extra copy of chromosome 21 as a reason for my cognitive delay, what’s your excuse?” So what should be the Jewish approach to disability awareness and inclusion? February happens to be Jewish Disability Awareness and Inclusion Month and conveniently, we read in this week’s Torah portion the commandment “not to oppress the stranger.”This concept of “strangers” and the related obligations can be extended to all people who may find themselves alienated, excluded, at the fringes, or without sufficient communal support – a category that would clearly include those with special needs and disabilities.And we as Jews don’t even need to look back to our time as slaves in Egypt. There are many examples throughout our history of oppressors seeking to make us different. The Nazis made us wear yellow stars, physically separated us into ghettos and through the creation of the notion of us being different were able to fuel the machine of hate that resulted in the Shoah.Just like the biblical “stranger,” it is very easy and even convenient to turn special needs children into the other. Segregate them in special schools even when inclusion is possible. Exclude those with disabilities through physical inaccessibility to our communal institutions.But we, the nation which has been strangers in a strange land for so long, are coming back to our homeland and we should be leading the world in disability awareness and inclusion. This may be why the Torah puts such an emphasis on loving the stranger, because how we treat the stranger is where injustice ends and true social justice begins.

The author and his wife, born in South Africa, made aliya two years ago from New York. Their passions include Jewish continuity and unity and improving inclusion of special needs children in all walks of life. They live in Jerusalem with their three children.
Advertisement
Subscribe for our daily newsletter