As the 69-year-old argument about the separation of religion from state continues to unravel, matrimony in Israel bears the brunt of the status quo. 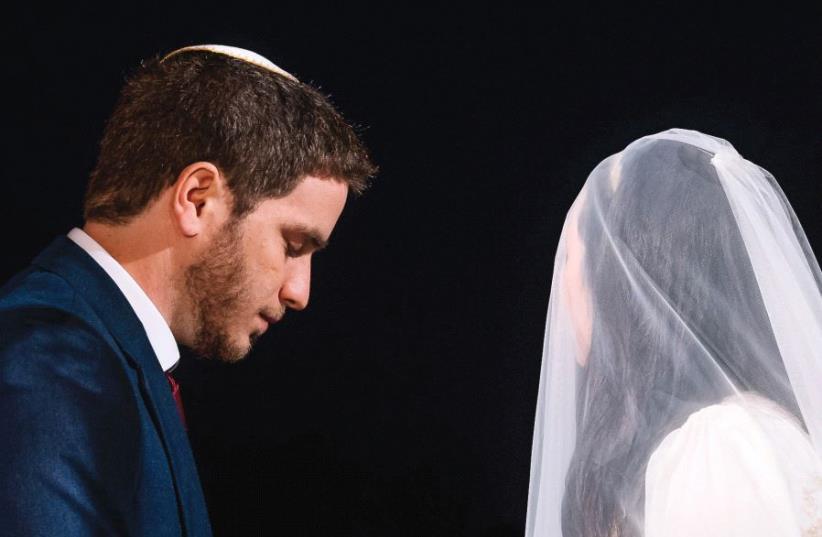 At Noam and Noa’s wedding
(photo credit: YARIN TARANOS)
Advertisement
Since its founding, the State of Israel has made no provisions for nonsectarian marriage. The Ottoman-era millet system, which carved the populations under Turkey’s rule into confessional denominations, has essentially remained in place.Christians marry in their respective churches, Muslims unite in accordance with Islamic law, and Jews must go through the Chief Rabbinate. No civil marriage options exist.The vast majority of Jews and members of other faiths living in Israel accepted the status quo in the first few decades after the creation of the state. Even if most Israelis were secular, the default position on issues such as circumcision, marriage, divorce, and burial was “The synagogue I don’t go to is Orthodox.”Starting in the 1990s, however, Israel’s society underwent major upheavals. Capitalism, globalism, the breakdown of old political hegemonies and the waves of immigration from the former Soviet Union radically changed Israeli society.Today, strict societal norms regarding how and with whom one must marry no longer hold true. The campaign for same-sex marriages succeeded in changing traditional conceptions about the family institution.Marriage is seen by many today as an inherently personal act. It reflects two individuals’ desire to formalize in ceremony and on record their love, devotion and willingness to sacrifice. The success or failure of a marriage depends on the commitment of the sides to one another and to the institution of family. It also depends on shared values, goals and aspirations.The idea that the state can deny an individual the right to marry – along with all the accompanying rights and the recognition this affords – has become an increasingly untenable position to maintain.Israel has managed to avoid having to seriously confront this issue, in large part due to the safety valve provided by overseas marriages. If Israelis are unable, or unwilling, to marry via the Chief Rabbinate, they have the option of taking a short plane trip to Cyprus or Bulgaria, tying the knot in a civil ceremony and obtaining recognition from the Interior Ministry.But even this has not stopped a renewed push for civil marriages. This time the usual secular advocates for separating religion and state have been joined by a group of more liberal-minded Orthodox rabbis and public figures who are calling for an end to the Chief Rabbinate’s monopoly over Jewish marriages in Israel.Their arguments are simple. From a religious perspective, it does more harm than good to force people to marry in a religious ceremony against their will because they have no choice (other than getting on a plane and flying abroad). This only turns people off to religion. And it creates additional religious problems if these couples separate without undergoing an Orthodox divorce.Also, there are hundreds of thousands of law-abiding Israeli citizens who serve in the IDF, pay taxes, adhere to the law, but are unable to marry in Israel.There are some 364,000 Israeli citizens from the former Soviet Union – or their children – who are not Jewish according to Jewish law but are classified as “without religion.” And there is also a growing list of people who cannot prove they are Jewish to the satisfaction of the Chief Rabbinate and the Rabbinical Courts.Altogether, these groups make up a huge minority that is denied a basic right – the right to marry and establish a family.Unfortunately, under the present political constellation, there is little chance for change. Shas and United Torah Judaism would never support any form of civil marriage. Nor would Bayit Yehudi. Even in the Likud, there would be little or no willingness to get behind a bill that is controversial among right-wing voters.This infringes on people’s basic human and democratic rights. Citizens of this country are expected to pay taxes and to serve in the army, among other obligations. One of the rights the state should afford them is the ability to marry. The failure to do so is a stain on the Zionist enterprise we call the State of Israel.It is time for this situation to change.