Strict rules of engagement also foster discipline. A trigger-happy soldier is dangerous not just to the enemy but to his comrades. 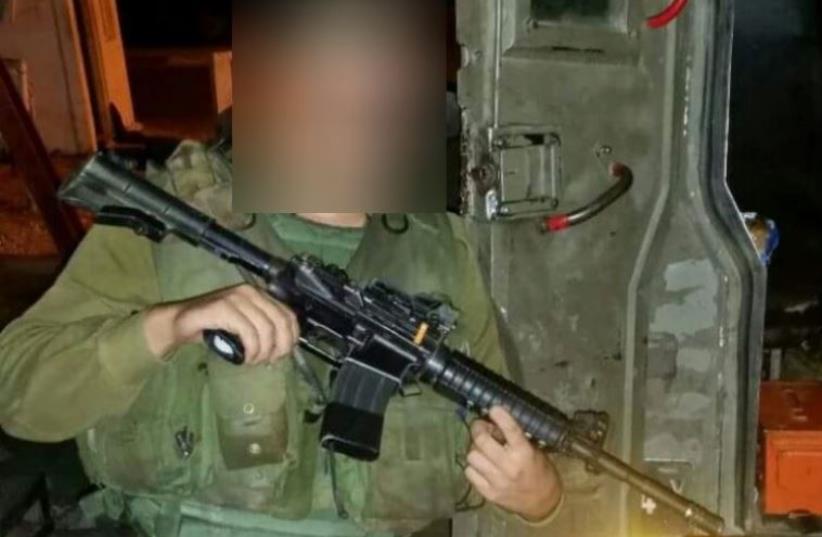 IDF soldier who killed neutralized Palestinian terrorist in Hebron on March 24, 2016
(photo credit: Courtesy)
Advertisement
Judging from the video taken by a volunteer for the human rights organization B’Tselem, the soldier who shot an incapacitated Palestinian terrorist in Hebron on Thursday violated basic military rules of engagement. The controversy surrounding the incident has, however, become so politicized and polarized that it is difficult to formulate a clear and dispassionate position on the matter.On one side of the controversy is the military establishment led by Defense Minister Moshe Ya’alon and Chief of Staff Lt.-Gen. Gadi Eisenkot, who severely criticized the soldier’s conduct. Eisenkot said the soldier’s behavior reflected neither the IDF’s nor Jewish values.Ya’alon said the soldier violated combat ethics, adding, “We must know how to win while remaining human.”On the other side of the controversy are a number of politicians, the soldier’s family and friends and his many supporters who are outraged by the idea that a patriotic soldier has been villainized even before a proper investigation has been conducted. As one family member put it, “Some of us are confused about who is the soldier and who is the terrorist.”Truth can be found on both sides.Ya’alon and Eisenkot are right to insist on maintaining strict rules of engagement. Soldiers must adhere to the highest moral standards when using lethal force.They must shoot to kill only in cases where they have full justification for doing so.Nothing can be more demoralizing than the excessive use of force. We all have a moral conscience and none of us wants to kill unnecessarily or to serve in an army that does. Lax enforcement of rules of engagement leads to a breakdown of discipline and ultimately to the loss of sense of purpose. Knowledge that the IDF strives to be the most moral army in the world is a strong motivating factor for soldiers that builds morale.Strict rules of engagement also foster discipline.A trigger-happy soldier is dangerous not just to the enemy but to his comrades. In the B’Tselem video, the soldier appears to open fire on the incapacitated Palestinian lying on the ground without taking proper precautions to prevent the injury of others in close proximity. Had the terrorist been carrying explosives on his body, as the soldier believed to be the case, opening fire could have activated them. Adhering to strict rules regarding when to open fire and when not to saves lives.Finally, maintaining high moral standards in the IDF helps Israel in the battle for world opinion. When soldiers are caught on camera using lethal force without justification – for instance, when a terrorist has been immobilized for 11 minutes – this reflects badly on Israel as it fights to defend itself in the media. In contrast, when IDF soldiers behave with discipline and sensitivity and use force with the proper discretion, it sends a positive and responsible message.At the same time, those who have come out in support of the soldier are right to be critical of the speed with which he has been found guilty by some, even before a thorough investigation has been completed. A soldier who selflessly endangers his own life to protect the citizens of Israel deserves the benefit of the doubt, at least until a military court is given the opportunity to hear all sides of the story.Senior officials should be sensitive to the damage they might do to the trust that must exist between commanders and soldiers. Soldiers need to know that their commanders have faith in them in order to feel confident when they decide to use force. A breakdown of trust can be debilitating.Many questions remain surrounding the events before and after the Hebron shooting. Why, for instance, was the terrorist still lying on the ground more than 10 minutes after the shooting? If he had been promptly whisked away for medical care, the incident would never have unfolded.The soldier who shot the terrorist is bearing the brunt of the blame and the indignation. But only a thorough investigation can reveal if he, alone, acted against regulations, or if his commanders and colleagues contributed to the outcome through their own action or inaction. Before we throw the book at one soldier and pass judgment, let us allow the investigation to be completed and the facts to be established.