In anger, remember to have mercy

This year, our pleas will come from within a deep abyss. 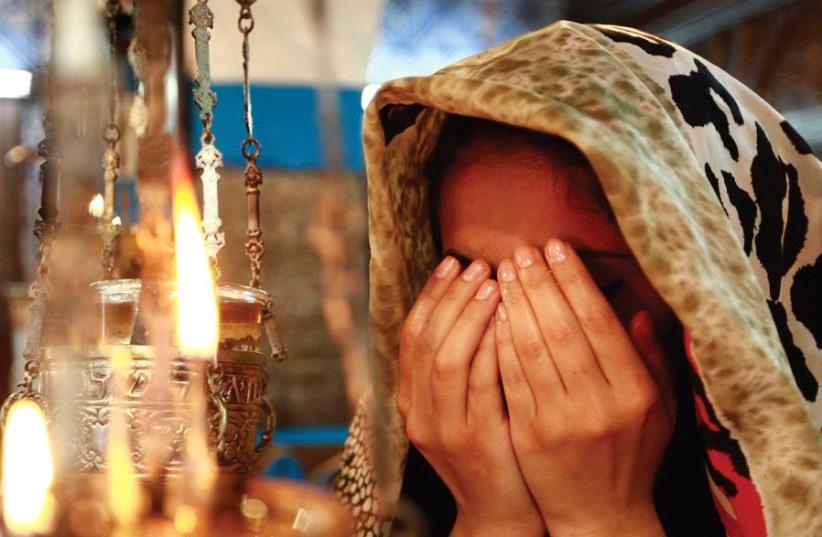 ‘IT TELLS the story of how, in the years 1841-2016, early Anglo/German Jewish settlers, impecunious Yiddish-speaking Litvaks, refugees from Nazi Germany and the dispossessed Sephardim of Rhodes Island in the southern Mediterranean came together and shaped a shared identity – the South African Jew.’
(photo credit: REUTERS)
Advertisement
Every night now, the Western Wall Plaza fills with thousands of worshipers coming to recite Slichot, penitential prayers, as is the custom of the Sephardi community. This is a special and moving happening, attracting thousands of students, tourists and visitors who come as spectators but find their hearts pulling them in as participants. Every night, from the beginning of the month of Elul until Yom Kippur, we ask, “All Merciful, conquer Your wrath and anger from us,” and we will plead “seal the Satan’s mouth that he not accuse us” and “advocate for us”.This year, our pleas will come from within a deep abyss.It is the nature of an election season to be a time of dispute and separation. Even if throughout the year our representatives act out of a sense of national responsibility and cooperation (and believe me – there are many important instances of cooperation), in election season the divisions and differences are emphasized. Every side tries to show the righteousness of its path, and unfortunately, the discourse often slides into the ugliness of badmouthing, humiliation, and honoring oneself by demeaning someone else.This year, the days preceding our elections coincide with the Jewish nation’s eternal days of introspection and repentance. Every night we ask anew for forgiveness for our sins, and every morning we wake to another day of trying to repair our thoughts and our deeds. These are unusually special days, days of faith in the power of each and every one of us to become better people. The month of Elul, the month of mercy and penitential prayers about to begin, provides us with the rare opportunity to repair ourselves, especially in the difficult realm of disputes. We have another opportunity this year to choose anew how to behave toward those with whom we disagree, to choose anew the language we use to express our opinions. Will we elect to love or hate? Will we choose unity or division? These are the important votes we must cast, choices that will shape not only our own fate but also the fate of the State of Israel and of the Jewish nation.During Slichot we plead with God that even in anger, He should remember to have mercy, innocence and love. During this time of angry elections, we must remember mercy, devotion, innocence and the love of each member of the Jewish nation. Right or Left, observant or secular, we all have one Father.Shana Tova. May it be a good year. Ktiva vehatima Tova. May you be written and inscribed in the book of life.