Perhaps an apology for the horrific terminology and personal attacks against Lapid and a serious change in tone for the future is in order. 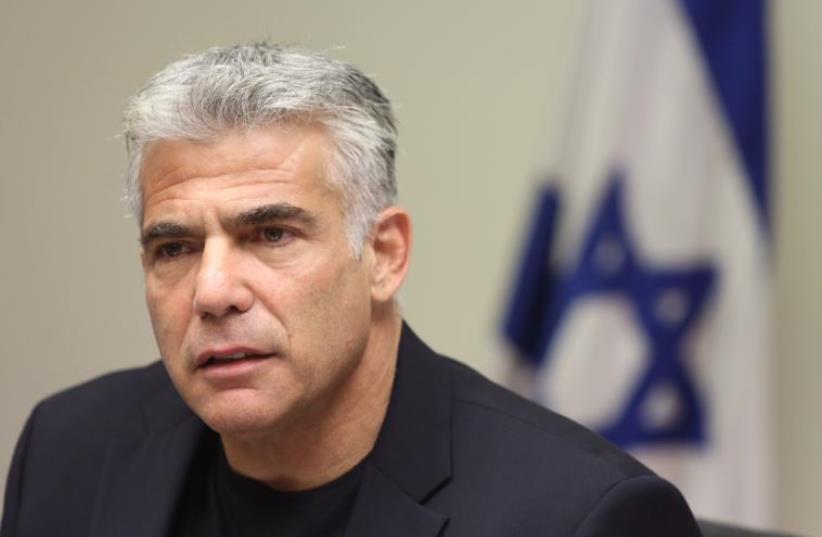 Yair Lapid
(photo credit: MARC ISRAEL SELLEM/THE JERUSALEM POST)
Advertisement
Full disclosure. I have never read any of Martin Sherman’s columns, including last week’s rant about MK Yair Lapid.However, The Jerusalem Post brought that column, the responses from readers, and Sherman’s response to them to my attention and asked for a rebuttal. So, I had to read it.After reading the original column and Sherman’s response to the readers, I have chosen not to offer a rebuttal. I am willing to engage anyone in a thorough debate about any of the many important issues in Israeli politics, but I will never allow myself into a back and forth in which hate-mongering is masked as a newspaper column.“Loopy.” “Fool.” “Ignoramus.”These are words I discovered Sherman has used to describe Lapid in his “columns.” Is this really a level of serious discourse? “Bile.”This is the term Sherman uses to describe the letters sent to the Post by Lapid supporters.Do I want to be involved in a back and forth with someone who engages in such rhetoric? The answer is “no.”Therefore, I will use the space the Post has graciously offered me to make two points: 1) Mr. Sherman boasts about the contributions he made to Israel during his military service.Mr. Sherman, I would like to say, “Thank you.” You are clearly a very brave man and I am sure all of Israel joins me in appreciation for the secret missions you carried out – “sometimes alone.” You were fortunate to be able to serve in a combat role while medical issues prevented Lapid from doing so (his military profile was just 45 due to his asthma), and we admire you and applaud your contribution to the State of Israel.2) As for your question regarding what Lapid has accomplished: Perhaps you should put it to the Holocaust survivors who now get their medications for free as a result of Lapid’s actions as finance minister. Or, perhaps, you can ask some of the 50,000 young couples who are purchasing the new homes being built throughout Israel that current Finance Minister Moshe Kahlon credited to Lapid’s term as finance minister. You are also welcome to ask the parents of ultra-Orthodox children who are now studying math and English in elementary schools as a result of the policies enacted by Lapid and his party, or the thousands of ultra-Orthodox young men who have entered the work force as a result of Yesh Atid’s actions and policies in the 19th Knesset.I have to imagine that you would agree that a finance minister who came into office with the country in a 40-billion shekel budget hole, with a deficit projection of 5.5 percent and unemployment over 6% but left office with a surplus that the new finance minister thanked him for, with a deficit projection down to 2.6%, and unemployment at close to a decade low of under 5% has accomplished something.I can go on and on along these lines, but the point as been made very clear. Hyperbole and low personal attacks – especially when 370,850 people voted for the figure targeted by these attacks – is not journalism and actually distracts from the crucial and pressing issues at hand.Mr. Sherman clearly has strong beliefs. So do I.I was able to find some seemingly legitimate questions raised by Sherman as he dug up the archives of statements Lapid has made in the past and would welcome the opportunity to answer those, as well as to clarify the Yesh Atid positions today – positions that are gaining more and more support as we travel throughout the country and present them in both intimate parlor meetings and major policy presentations.So, perhaps an apology for the horrific terminology and personal attacks against Lapid and a serious change in tone for the future is in order, and then we can move on to begin a discourse about the actual issues.That is the kind of debate befitting the crucial issues at hand and the kind of debate and journalism in which I would gladly participate.The author served in the 19th Knesset. He is chairman of Anglo and Diaspora affairs for the Yesh Atid party.