Ireland's hostility toward Israel rooted in its top leadership - opinion

A look at Ireland's "obsessive demonization of Israel."

During Irish Foreign Minister Simon Coveney’s visit to Israel last week he made comments on how “frustrating” it is that Ireland is widely perceived by Israelis as the most anti-Israel country in the European Union.

Frustrated Coveney may be, but he can hardly be surprised. It is not only Israelis who feel this way, but rather a growing diverse cross-section of Irish people who are increasingly frustrated by the obsessive desire to attack Israel and Zionism within our political and academic spaces, on our streets and elsewhere.

As activist David Collier observed in his recent disturbing report, antisemitism in Ireland, "anti-Jewish racism in Ireland spreads within the corridors of power and unlike in the UK or US, appears to be as much driven from the top down as the reverse." 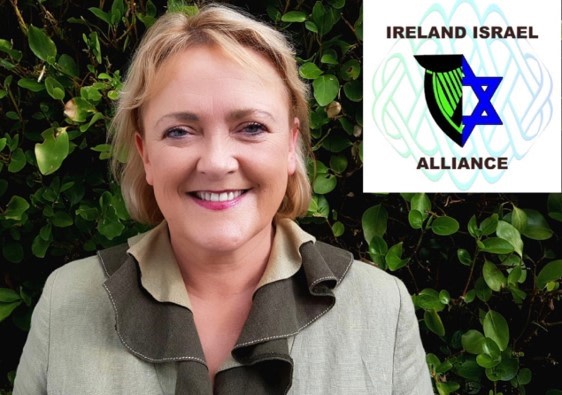 The obsessive demonization of Israel, made clear during a May parliamentary debate on a motion proposed by the notoriously anti-Israel Sinn Féin party and supported by the Catholic charity Trócaire, Irish Congress of Trade Unions (ICTU), Sadaka and Christian Aid , has nothing do with concern for the welfare of ordinary Palestinians. Indeed, no references were made to the plight of Palestinians under Hamas rule, Fatah's violation of Palestinian human rights, Hamas persecution of LGBTQ Palestinians, military training of children, or the encouragement of martyrdom.

Rather, the wholesale demonization of Israel included the perpetuation of a centuries-old libel against the Jewish people when it was claimed that Israel “strives to promote and perpetuate Jewish supremacy in the entire area between the River Jordan and the Mediterranean Sea."

The outrageous charge was repeated in October by Catherine Connolly TD, who asked Coveney if  “by indicating support for the Jewish character of the Israeli state agrees with [Israel’s] attempts to accomplish Jewish supremacy.”

Perhaps the horrific examples in Collier’s report would be confined to the extreme fringes of our society, if Ireland wasn’t so obsessively anti-Israel, didn’t give out mixed messages, and didn’t fraternize with terrorists in suits as in the case of Niall Collins TD.

Collins is a former opposition spokesperson for Foreign Affairs and Trade and vocal supporter of the discriminatory and illegal Irish "Occupied Territories Bill’," which ultimately failed because it breached EU law.

As Israeli scholar Dr. Einat Wilf pointed out recently: “When I see how words like genocide, ethnic cleansing, social justice and Zionism become so distorted against Jews as to become ominously unrecognizable, I comprehend how ancient libels could spread in societies to create mass hysteria – and ultimately mass violence against Jews.”

When it comes to slandering the Jewish state, no people’s history or struggles with subjugation are off-limits, and Ireland is no exception. The drawing of parallels between Ireland’s historic oppression by Britain as well as the evoking of a ‘shared struggle’ narrative between Palestinian and Irish Republican hunger strikers, are constantly evoked by those who wish to demonize Israel. It should be recognized that these comparisons are deeply offensive to many Irish people.

If Coveney is really concerned and frustrated that Ireland is perceived by Israeli’s as being the most anti-Israel country in the EU, then maybe its time the Irish government takes real steps to create change, such as adopting the internationally recognized IHRA working definition of antisemitism. A definition that has already been adopted by many countries around the world and would show that Ireland and Coveney are serious about confronting antisemitism and antizionism.

The author is founder and executive director of the Ireland Israel Alliance, a Dublin-based NGO formed in 2018. This op-ed is published in partnership with a coalition of organizations that fight antisemitism across the world. Read the previous article by Adam Milstein.