Jews from the Soviet Union understand others’ plight

Statistics show that antisemitism is once again on the rise – especially in Europe. 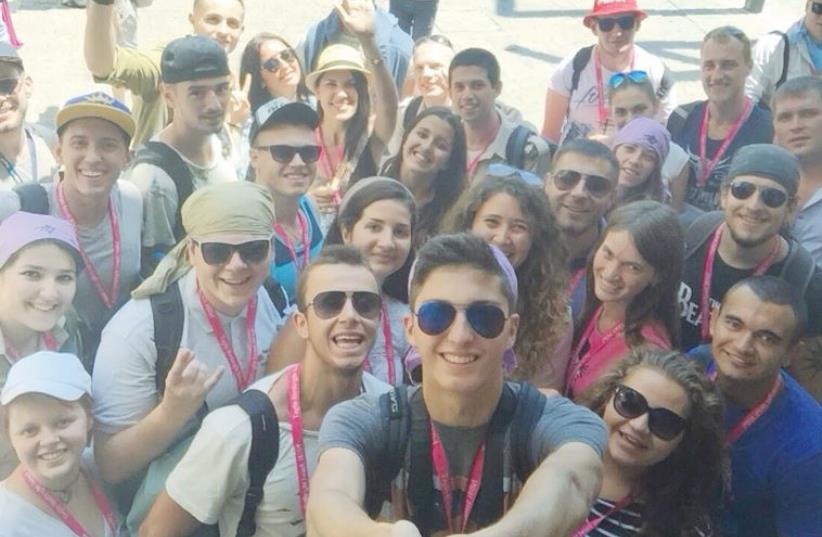 UKRAINIAN JEWISH students, including some from Russian-occupied Crimea, enjoy themselves during a Birthright trip to Israel this week.
(photo credit: Courtesy)
Advertisement
Statistics show that antisemitism is once again on the rise – especially in Europe. In the past decade, we have seen increased incidents of hate speech and hate-oriented vandalism, attacks, demonstrations and even murders. The Jews of Europe have endured a lot over the centuries. Young Jews are taught much about the Holocaust, but before that, there was the expulsion from Spain and pogroms that would arise in various places in Europe, depending on the controlling powers at the time. Many of us are starting to wonder, could things get this bad for the Jews again? Many European Jews choose to make aliyah; others choose to go to the United States. It is not easy to pick up and move to a new country where you don’t have a livelihood or know the language well. In the United States, there is someone who has been making the effort to help these European Jews because he and his family have been in this situation before.Marlen Kruzhkov, a New York City-based attorney, is giving back tenfold to the Jewish community what he and his family received when he was a child and his family emigrated from the Soviet Union to the United States. Kruzhkov was born in Odessa and moved to New York with his parents when he was just six years old. Here in America, Kruzhkov thrived, earning a Bachelor of Arts degree in economics from Boston University and a juris doctorate from Northwestern University School of Law. He is now a top-performing attorney, focusing on corporate and transactional law and is a founding member of the highly successful Kruzhkov Russo PLLC law firm.But for Kruzhkov, his greatest pride is the work he does to help his fellow Jews. Just as so many people worked to help him and his family move to the United States and integrate into the society, he works to do the same today. Despite his great successes, Kruzhkov has never forgotten the perils – both institutionally and emotionally – of moving halfway around the world to be able to practice his religion openly and safely. He is now using his legal expertise to help Jews throughout Europe – especially in France – immigrate to safety. Kruzhkov has helped many French Jews immigrate to New York City, where they can join the massive Jewish community there and feel more secure.In France, there have been riots outside synagogues, Jewish stores burned, rabbis assaulted and an appalling lack of effective response from French officials. Of course, the officials say the right words and condemn these attacks, but many witnesses have said they do not feel the French police have been trying to curb these incidences. They feel abandoned. That is why Kruzhkov helps them find economic opportunities in the United States, so that when they come here, while acclimating, they won’t have to worry about how to pay their bills, as so many Jews from the former Soviet Union did.Kruzhkov also spends his time working as a volunteer for various Jewish organizations. He is a former co-chairman of the Russian Leadership Division of the United Jewish Appeal; a member of the Board of Directors of the Russian American Jewish Experience; a member of the board of the Jewish Community Relations Council of New York; a member of the board of The Jewish Week newspaper; and president, founder, board member and former chairman of the Russian-Speaking Business Attorneys Network. A standout accomplishment is that he was appointed as the first Russian-speaking judge to the Special Court of the American Zionist Movement, the official American representative of the World Zionist Organization. The Special Court judges decide on controversial issues of interest to the AZM. His appointment marks a huge step forward for Russian-speaking Jews in the United States.Kruzhkov is not alone in his stalwart commitment to the global Jewish community; he is joined by many other Jews from the former Soviet Union, who were helped so generously by Jews in the United States and Israel during their hours of need. Now that they have left the travails of the Soviet Union behind, these same men and women are giving back to the American and Israeli Jewish communities – not only through monetary donations, but like Kruzhkov, by taking leadership roles in organizations that work day and night to protect Jewish people around the world.The Russian Jewish community’s contributions to Jewish life have been tremendous. It is of central importance to the health of the broader Jewish community that they are embraced, promoted and supported. People like Marlen Kruzhkov prove that it was well worth the effort the American Jewish community invested in Soviet Jewry. Their contributions extend beyond monetary to vital activism and leadership. The writer is a New Jersey-based writer.