JPost Editorial: Crime and no punishment

The mother’s anguish was not only directed at religious hypocrisy. 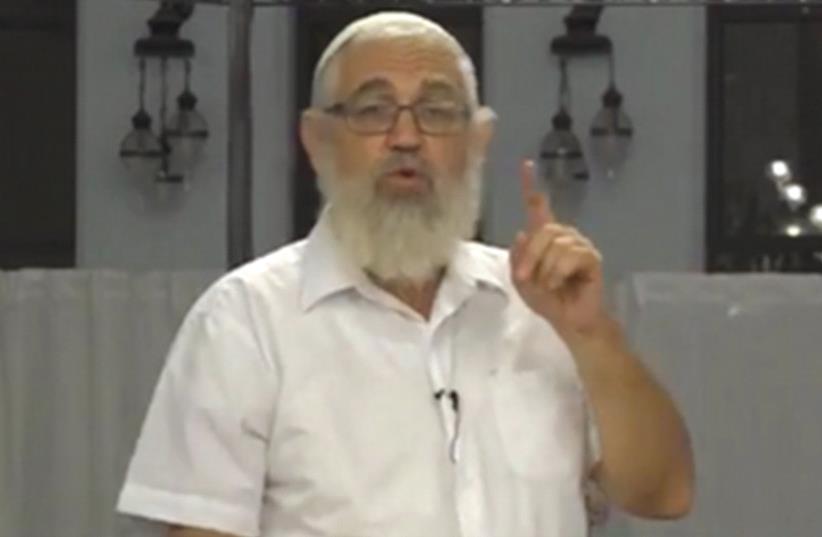 Moti Elon
(photo credit: screenshot)
Advertisement
This week a rabbi who was convicted of sexually assaulting a minor in his care less than four years ago opened a study center in downtown Jerusalem.Rabbi Moti Elon was convicted of two counts of assault against the minor in August 2013, but did not serve any prison time. Instead, he was given a six-month commuted sentence to be carried out in community service, along with a 15-month suspended sentence. He was also ordered to pay his victim NIS 10,000 in compensation, while the prosecution instead sought a prison term of up to 18 months.While Elon continues to maintain his innocence, despite other charges being dropped due to the expiry of the statute of limitations, he did not appeal his conviction in 2015 by the Jerusalem Magistrate’s Court. For some as yet inexplicable reason, he was given a tap on the wrist and not even ordered to undergo psychological counseling with a view to rehabilitation and a return to normative behavior.Elon’s prominence as a charismatic teacher with much support from the Orthodox community and highly placed connections – his father, Menachem, was a Supreme Court justice – allowed him to slough off his accusers and move to the Galilee, where he resumed the public teaching and contact with young pupils he had been compelled to forgo.An assistant told The Jerusalem Post Elon’s new “yeshiva” in Jerusalem, Beit Vaad Umidrash, is “not an educational institution and the rabbi was not returning to public life.”He failed to explain the evident contradiction in Elon teaching there three times a week on topics of Jewish law and mysticism.Elon’s apparent immunity from serious punishment was defended by several powerful Orthodox rabbis, including Israel Prize winner Chaim Druckman, in a case that shocked the Zionist Modern Orthodox community. An organization known as the Takana Forum, formed in 2003 to deal with accusations of sexual abuse by rabbis, had found damaging evidence that Elon had sexually abused other victims – but it chose to keep silent and withhold extremely damning evidence against Elon while trying to counsel him.In February 2010, Takana acknowledged that it had received allegations of Elon conducting “a long-term relationship that was clearly of a sexual nature” since shortly after its founding in 2003. Accordingly, the organization asked him to relinquish his post as head of the prominent Yeshivat Hakotel and to withdraw from public appearances and community leadership roles.Moving to Migdal near Lake Kinneret (the Sea of Galilee), he had agreed to the conditions, which included not conducting private meetings with anyone seeking his counsel.Nevertheless, he was indicted in November 2011 and convicted two years later, after which the unrepentant rabbi continued to give a weekly class at Druckman’s Ohr Etzion yeshiva – which was picketed by protesters.A letter by a victim’s mother appeared in the Facebook group “Support the Victims of Rav Moti Elon” in 2014. It expressed the Orthodox community’s dilemma: “How am I supposed to feel when an important rabbi – one of my community’s leaders – invites a rabbi convicted of sexual assault to teach at his high school?! Have we become Sodom, that no one protests the behavior inconsistent with Torah values and basic ethics of those responsible for the education of our children?! Can there be a greater expression of lack of trust of the victims’ deep pain?!”The mother’s anguish was not only directed at religious hypocrisy: “I find it hard to forgive the journalists, from both the religious and secular media, who gave Elon an outlet and a public platform to publicize his explanations, which again and again injured his victims, and never once demanded a satisfactory explanation for his behavior and the charges against him.”As a community, the Orthodox sector in Israel, is not dealing effectively with issues of sexual harassment and abuse. Moti Elon was convicted and sentenced in court. For now, he has paid his court-mandated price and people are allowed to decide to forgive him. But standing by quietly as he returns to teach youth in Jerusalem is something that disrespects his victims. Doctors often lose their license to practice after committing similar crimes. Should the same not apply to rabbis?