Israeli actress and producer Noa Tishby, best known for her roles in 'BeTipul' and 'Dig,' recounts her experiences of Hollywood sexual harassment, and her vision for a more equitable future.

By NOA TISHBY
NOVEMBER 23, 2017 15:33
Israeli actress and producer Noa Tishby
(photo credit: PHIL MCCARTEN/REUTERS)
Advertisement
In light of the recent sexual assault and harassment revelations in Hollywood, politics and elsewhere, I found myself going down memory lane as I dug up stories from my own past, wondering where they land on the spectrum of sexual misconduct. Mostly male-dominated working environments have created an atmosphere for women that only very recently has been popularly defined as “harassment.”For most women , it was just called “going to work.”I remembered a chain of texts from a former agent. Here it is. 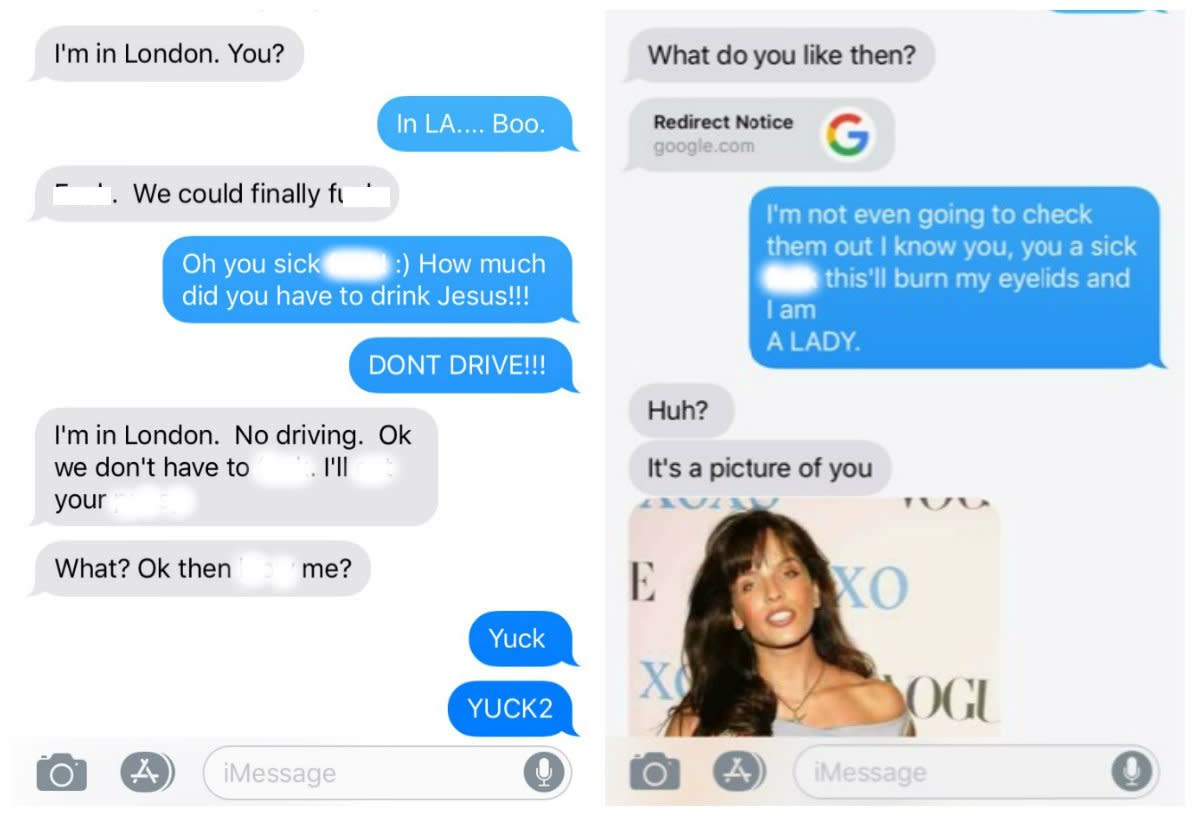 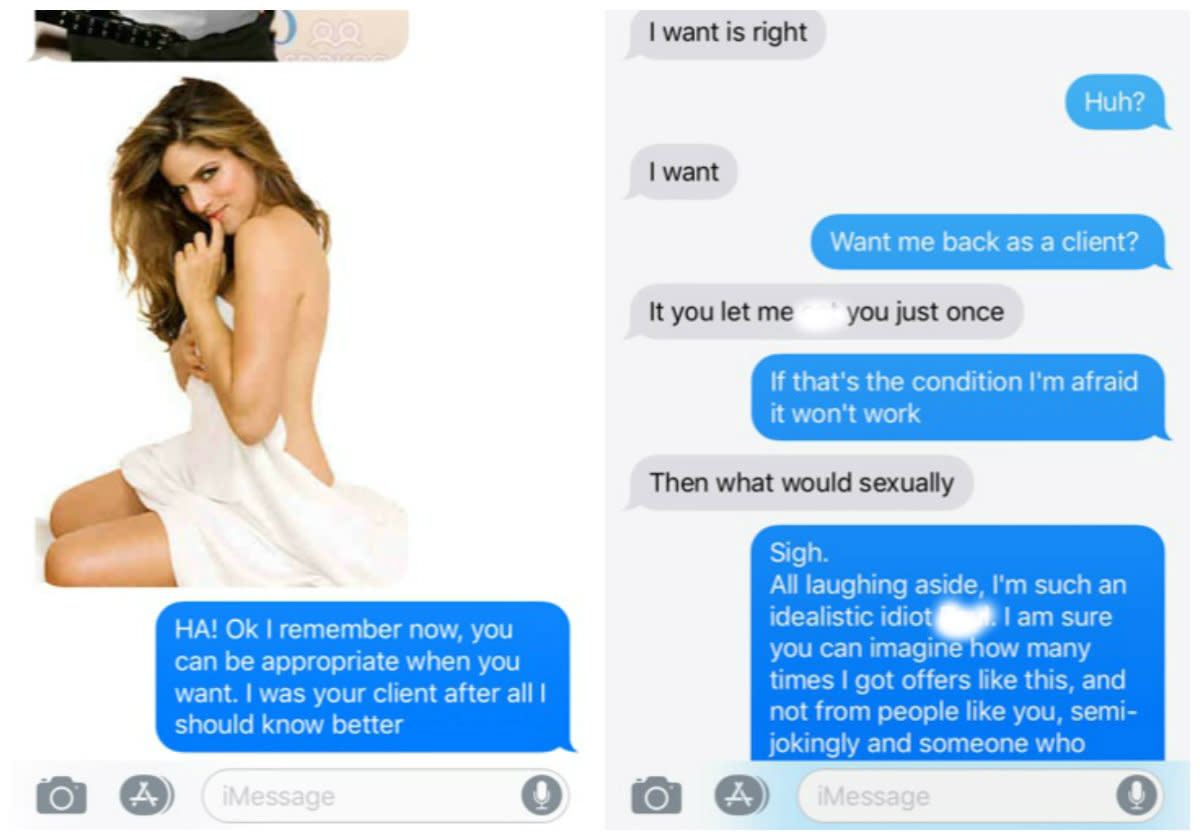 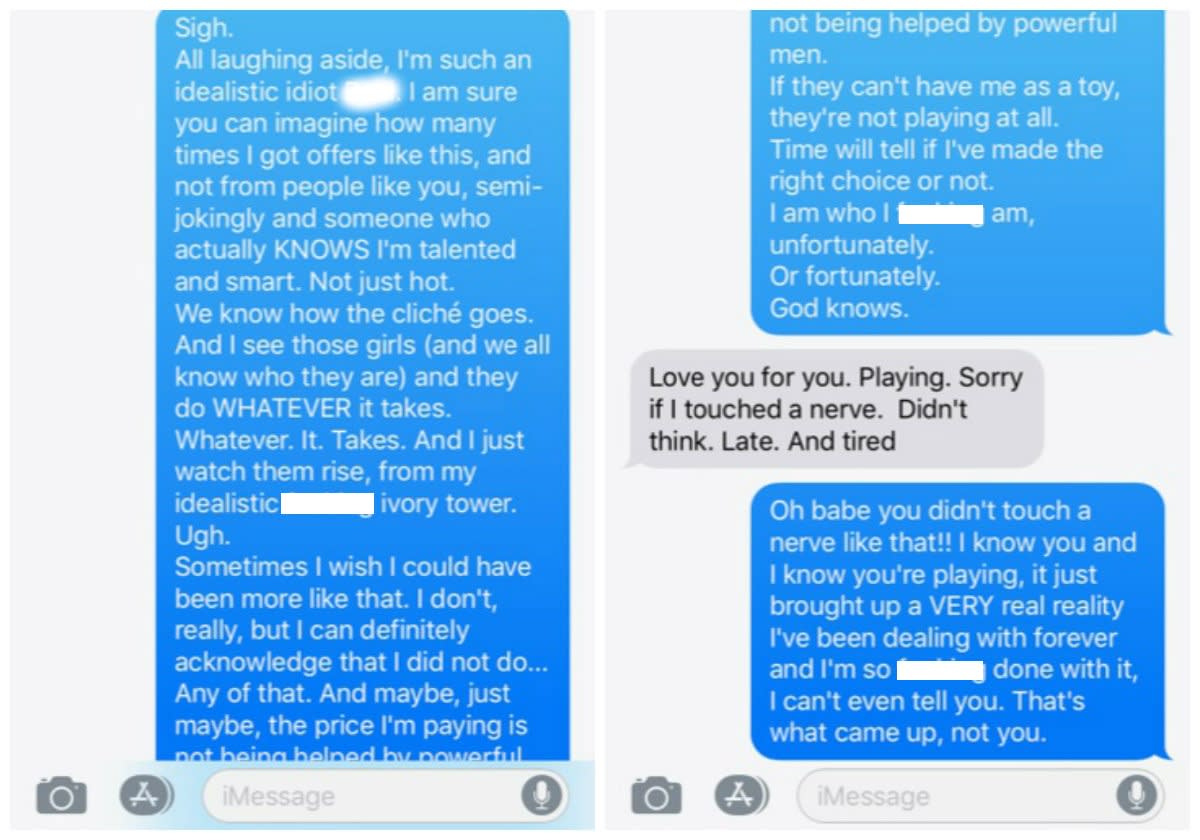 Did you see what I did there? Did you see how, despite a very specific and appalling proposition, I was still being nice? I was being real - clearly I was already triggered about this issue - while taking the high road. Trying to keep my dignity, while letting him completely and utterly off the hook. I made sure I made him feel better when he was making me feel uneasy and unsafe. I was coy, cute and kind. I was kind to him.This is a double victimization: first at the hands of the aggressor, who has no problem stepping across professional, ethical and moral boundaries; and next at my own hands, as I deliberately chose to cooperate in his desire to excuse and extricate himself.Why did I allow it? Because I still needed him. And if I needed him, I had to play the game. The above text is a blunt example of the multi-dimensional chess all women have to play at any workplace. As a producer, I can’t make enemies. I have to maintain good relationships with everyone in this town, don’t I? So, I swallowed my pride and let it go.It was awful, but I had to.It’s that split-second decision so many women have had to face: what do I value more, my self-respect, or my ability to provide for myself and my loved ones? The latter wins out time and again not because women are weak, but because we are human.As a woman, once you have been put in this position, you’ve already lost. It’s a dead end.Confront him, and you’ve made an enemy. Let it slide, and you’ve compromised your integrity. He may still avoid you for fear of being called out, or just being embarrassed.An inappropriate comment here, an uncomfortable hug or a kiss there, these are just a part of what women had to endure when going to work. It’s a constant dance. And it is exhausting.There are other, less obviously discriminatory examples. Once in the midst of a heated conversation with one of my agents, he stopped me mid-sentence and said: “Oh my God, Noa, you are so aggressive! I love it!” I paused for a minute and asked him if he would say the same thing to a male producer. Would he say this to Hervey Weinstein, for example? “Oh my God, Harvey, you’re so aggressive! I love it!” Sadly, I actually didn’t say any of that. I went quiet and changed the subject, making a mental note to try and not be "so aggressive" with him again. Again, the dance.Or take the friend who is a token female writer on a family comedy in a room full of men, who sat there completely ignored by her colleagues while they were debating whether or not a joke they wrote for a female character was funny. They concluded that they should consult with their wives. She raised her hand and yelled “I’m RIGHT HERE!” Or take the friend who praised me for not going to the south of France and/or Monaco and/or getting on "that" boat with "that" director, definitely missing out on many Chanel bags and probably some roles, too. The fact that I wasn’t subjecting myself to that game was something he noted as admirable – as if it was expected of me to play that card.I have never done anything in my career that I will regret in the future. But I have been constantly subjected to these words and deeds. I have been proposed jobs, roles and investments in exchange for becoming someone’s toy. When I said no, they walked away.Now that we are purging these old-school behaviors and recreating what a male-female working relationship will be in the future, we should acknowledge not only the horrific rape and assault incidents, but also the day-to-day reality, the actions of those who think of themselves as The Good Guys, the Unintentional Misogynistic Male.All the men mentioned in this piece are not the predator type; they are actually the "good guys." They think of themselves as respectful to women, maybe even feminists. We, women, we sit there and sigh. They don’t grasp — or deliberately choose not to acknowledge — the difference, perfectly put by psychologist Esther Perel, between authentic admiration, which can be expressed as a respectful compliment, and a power-play manipulation designed to control and belittle, as the above text demonstrates.We are just starting to clean house. We have so much more work to do. What would a working relationship be like when a girl doesn’t have to worry about being “too aggressive” for fear of scaring her male colleagues, or “hurting the feelings” of the daily creep? If I was starting out now, I can’t imagine what it would be like to be judged by who I am and not by what I am. What would it have been like for me to not have to constantly worry about men wanting more? Freeing, liberating and safe.The future we are creating will allow women to contribute their talents without wasting energy on avoiding landmines.Yes, many more men are about to pay a price for past behaviors, which were once considered a norm. But on the other side of this purge is an equal, free and powerful society - and an effective work environment.And we are all going to be better for it.