All political parties that received the requisite electoral support to enter the Knesset accept the idea that Israelis and Palestinians will continue to live together. 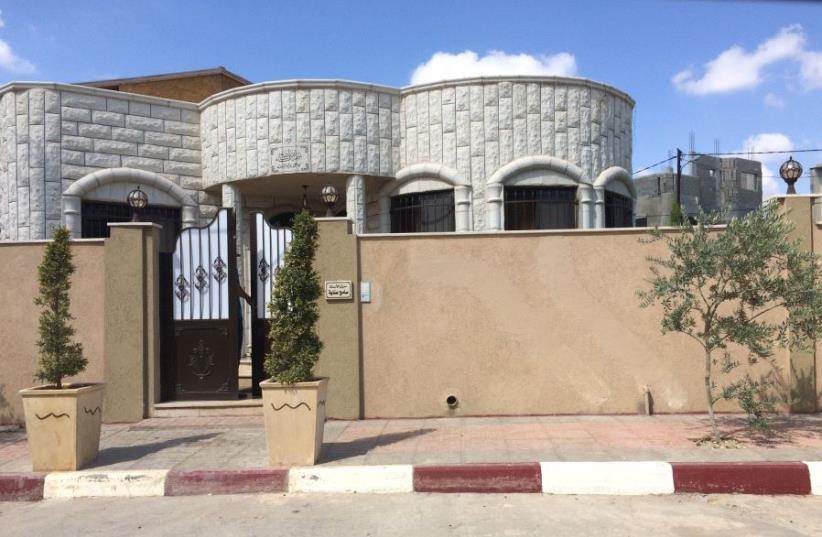 Home slated for demolition in Area C of Kalkilya
(photo credit: ADAM RASGON)
Advertisement
There is no political party in the government coalition – or in the Knesset for that matter – that advocates the forced transfer of Palestinians outside of Israel or the territories controlled by Israel.All political parties that received the requisite electoral support to enter the Knesset accept the idea that Israelis and Palestinians will continue to live together between the Mediterranean Sea and the Jordan River.Yet, many on the Right continue to behave as though this is not the case. Perhaps they believe a Messianic era will usher in a radically different reality and Israel will not have to deal with a large and growing Palestinian population in the West Bank.There are others on the Right, such as Defense Minister Avigdor Liberman, who are more pragmatic. They understand that Palestinians, like Israelis, get married, have children and need housing. Palestinians, like Israelis, hope to improve their quality of life. They seek socioeconomic advancement. They wish to go on with their lives and extricate themselves from an endless political and military conflict over land and national identity.The “Kalkilya program” is an example of a pragmatic response from Liberman and the IDF to this reality. Passed by the security cabinet back in September 2016, the program calls for a modest expansion of Kalkilya, with a population of about 52,000, over the next two decades.Some 1,000 building units that have already been built illegally by Palestinians would be retroactively approved and an additional 5,000 would be built at a pace of around 300 to 400 homes a year. All of the building would take place behind the security fence that surrounds Kalkilya, and all the land is privately owned by Palestinians – though some is located in Area C, which is under full Israeli control.The plans were formulated by Coordinator of Government Activities in the Territories Maj.-Gen. Yoav Mordechai at Liberman’s request, as part of his carrot and stick approach with the Palestinians. It received the backing of the IDF and Chief of Staff Lt.-Gen. Gadi Eisenkot as a plan that would not compromise Israel’s security.Now, 10 months after this reasonable program was approved by the security cabinet, extremism has once again won out over level-headed pragmatism. Under pressure from the settlement lobby in the Likud central committee, which wields the power to severely harm the chances of a candidate to succeed in the Likud primary, a number of ministers have publicly opposed the Kalkilya program.Together with Bayit Yehudi ministers Naftali Bennett and Ayelet Shaked, who were the only ones to vote against the program 10 months ago, they persuaded Prime Minister Benjamin Netanyahu to hold a revote. On Wednesday, the cabinet decided to postpone a final decision on the plan for 10 days until more details could be provided.The campaign to torpedo the Kalkilya program included the spreading of misinformation. Samaria Regional Council head Yossi Dagan said the plan was to build 14,000 units.This was misleading, because while it is true that the land rezoned for building could potentially hold such a large number of units, the plan included parks and green spaces.Jerusalem Affairs Minister Ze’ev Elkin, who was abroad when the cabinet voted last September, blamed Mordechai for purposely hiding details of Liberman’s plan “in order to create a new reality behind the back of the political echelon.”Others disingenuously claimed they did not know what they were voting on at the time.It seems the end justifies the means for political extremists: promulgating misleading information, attacking IDF officers, shirking responsibility; no tactic is off limits in the rush to present oneself to the Likud’s extremist constituency as the most right-wing minister in the cabinet.Netanyahu’s is the most disappointing performance of all. The man who voted in favor of the Kalkilya plan in September is now backtracking, caving in to the least pragmatic wing in his government. This is not the behavior of a leader with principles.What is the alternative? Maintaining a stranglehold on towns like Kalkilya? That does not foster an environment of coexistence. Rather, it would serve as a constant reminder of the conflict. Netanyahu has to decide whether to be a pragmatic leader or a political opportunist willing to bow to extremists in order to survive in office.