Lessons from the Second Lebanon War

At the end of the day, there are no good wars. 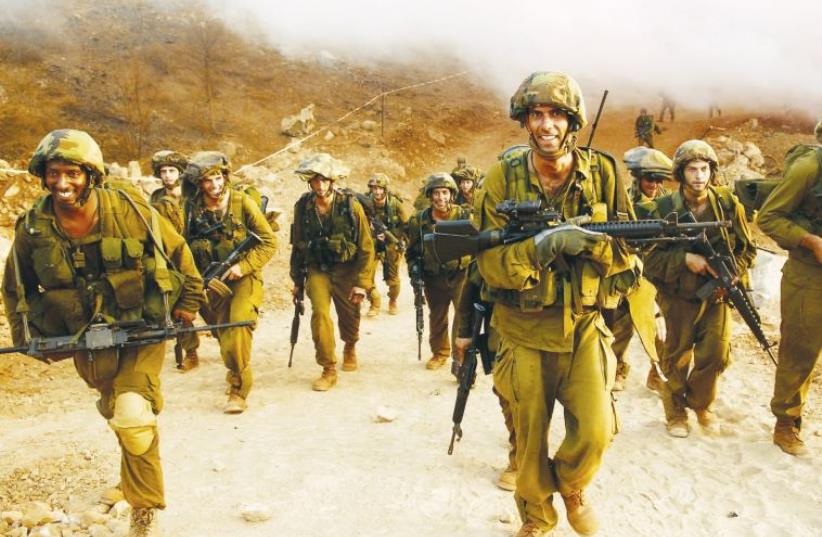 IDF soldiers walk together after leaving Lebanon near the Israel-Lebanon border in August 2006
(photo credit: IDF SPOKESMAN’S UNIT)
Advertisement
This week, Israel marks a decade since the Second Lebanon War in 2006.When the war broke out, I knew our reply could not be as in the past. A decisive action was needed in response to Hezbollah’s murderous attack inside our sovereign territory in which two of our soldiers were kidnapped and three were killed, along with massive Hezbollah rocket fire that targeted civilians in Israeli towns on our northern border.Throughout that day, all of the security apparatus switched to emergency mode and we held intensive discussions to prepare proposals to the prime minister and the security cabinet.We decided to carry out a mission to bomb the most secretive missile systems in Hezbollah’s hands which were concealed inside Lebanese civilian homes - long and medium- range missiles aimed at strategic targets and concentrated civilian population centers in Israel.My position was clear that we could not continue to allow Hezbollah to use the Lebanese population as a human shield. Our justified stance was that those who place a missile in a civilian home convert that building into a legitimate military target.In retrospect, it is clear that an attack on Hezbollah’s long-range missiles was strategically important, dramatic, and deeply shocked Hezbollah’s commanders.However, successes from the air cannot decide the outcome of the battle alone, and therefore one of the lessons for the future is that the transition to ground operations has to come faster. IDF ground forces and reserves must be prepared and trained, with faster replenishment, with each unit knowing its goals and operational area where it may engage in battle. In my opinion, the IDF today is better prepared for any conflict that may occur.Another important lesson from that war was how we protect our home front. The Second Lebanon War reinforced the perception that the threat on Israeli civilians and infrastructure must be treated as a strategic threat.That is what brought me to the decision to establish the Iron Dome defense system that has changed Israel’s balance of power with all the terrorist organizations.In modern times there are no immediate and clear decisions in the military so things must be measured over time. Sometimes the sense of a big victory is revealed over time as a missed opportunity or failure, and sometimes the opposite can occur.The Second Lebanon War ended with a feeling of disappointment in Israel, but as time passed and the dust settled the achievements become more obvious and significant.In historical perspective the Second Lebanon War created a deterrence against Hezbollah, but also gave an unequivocal message to other terrorist organizations, especially Hamas.It is important to remember that Israel is not alone. The entire world is challenged by global terrorism fueled by radical ideology that has no qualms about harming civilians indiscriminately. Therefore the free world must unite in the face of these threats with a new joint intelligence gathering network and new tools for dealing with the incitement that exploits the Internet world and social networks. In addition, international funds are needed to eliminate ignorance and fight poverty, the two hot houses that have the biggest potential for feeding world terrorism.As for Israel, one of the most important conclusions is that the military campaign cannot stand on its own, but it needs to create, whenever possible, a new political space that will allow us to turn military gains into a strategic political document, as we attempted with UN Security Council Resolution 1701 that ended the war.At the end of the day, there are no good wars. The Israeli leadership’s task is to create new political opportunities, as Israel tries with moderate Arab countries in the Middle East. When it comes to extremist enemies like Hezbollah, Israel should maintain its redlines, but also work together with the international community in order to prevent the next war and provide this troubled region with the possibility of a brighter future.The writer is a member of the Knesset and was minister of defense during the 2006 Second Lebanon war.