Looking behind the curtain of the Academic Code of Ethics

Let’s be intellectually honest and accept that the real opposition to the code is about holding on to levers of power and influence. 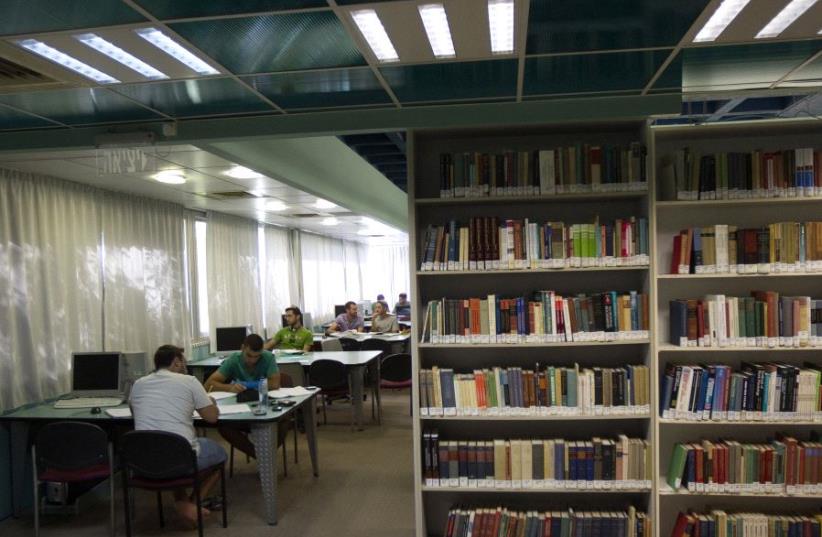 Students sit in a library at the Ariel University Center in the West Bank settlement of Ariel
(photo credit: REUTERS/Ronen Zvulun)
Advertisement
The release of a proposed Academic Code of Ethics, authored by Prof. Asa Kasher (who drafted the IDF’s code of ethics), has unleashed an unsurprising and expected firestorm of criticism, largely from those who believe they will be repressed or stifled by the new code.But how would such repression actually work? The code reflects the glaring reality that Israeli academia is hardly a balanced universe in which a multiplicity of perspectives are constantly being shared and where students have the ongoing opportunity to hear differing points of view in the quest to shape their own opinions and judgments.Instead, academia is something of a Greek chorus of groupthink, an intellectual echo chamber hardly resembling a marketplace of ideas.Prof. Kasher sought to provide the fresh air of intellectual diversity and balance, and to reduce the possibility of professors as mere polemicists speaking to a captive audience.The dirty little not-so-hidden secret is that the code is perceived to be an incursion on the hegemony currently enjoyed by an overwhelmingly dominant left wing, and often post-Zionist, faculty in the social sciences and humanities.The arguments made by opponents of the code invoke appeals to free speech and academic freedom. But are free speech and academic freedom merely smokescreens for a resistance to the loss of hegemonic control? Let’s test that proposition by positing a diametrically different scenario.What would the clamor sound like if an overwhelmingly religious Zionist faculty of the social sciences was exclusively and relentlessly teaching that the only acceptable way for Israel to conduct itself was to immediately assume sovereignty over Judea and Samaria and encourage all non-Jews living there to leave? Furthermore, what if students who disagreed with this point of view did so at their peril: grade-wise, and in terms of how they would be treated in the class? Do we really think that an enraged Left would be assuaged or placated by a rejoinder of “free speech” or “academic freedom”? No, of course not. They would focus on content, on results, rather than on process.Let’s be intellectually honest and accept that the real opposition to the code is about holding on to levers of power and influence.There is no interest in playing in the sandbox of ideas, nor in intellectual balance and diversity.The real question is, what is in society ’s interest? Is it beneficial to our society to have a singular approach to many of the pressing issues t hat our next generation will have to confront? Does this educate them, let alone prepare them for struggles of their own to come? Conversely, doesn’t society, not to mention the students that will someday lead it, benefit from experiencing competing perspectives, so that students can make reasoned judgments based on a broader and more accurate reality?As an undergraduate at Columbia during the tumultuous late 1960s, everything was being viewed through a political prism. I had many brilliant professors, with loads of their own opinions, who realized that they were doing us an important service by not injecting themselves into any given fray. Rather, they played the classic role of educators, forcing us to turn issues over rather than reaching presumptive conclusions, with the goal of making us discerning and open-minded students for life.I can think of no more worthy goal for the Academic Code of Ethics. A democracy that refuses to allow for free and varied discourse is frittering away its greatest treasure: an empowered, engaged and discerning citizenry.The writer is an executive board member of Im Tirtzu, and a board member of The Israel Independence Fund. He can be reached at [email protected]