Can grief be appropriated?

Im Tirzu once again divides, points fingers and ostracizes with another anti-NIF campaign, this time on Remembrance Day 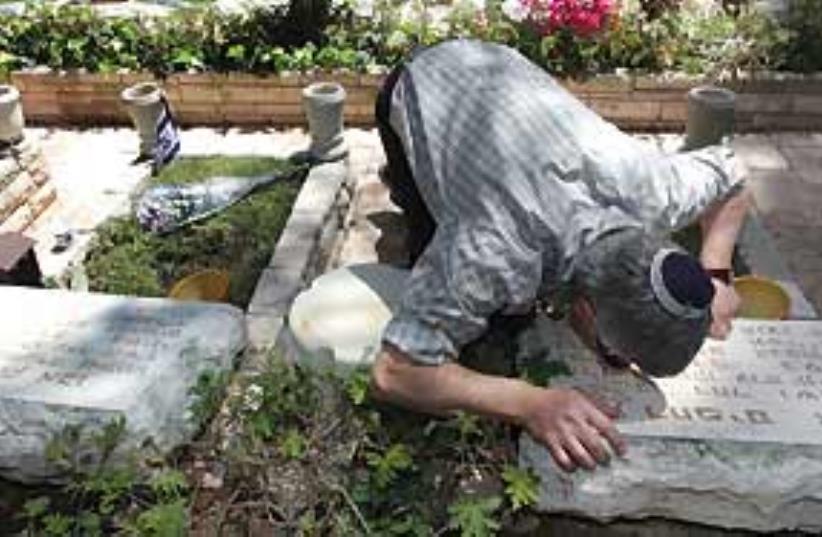 grief311
(photo credit: Ariel Jerozolimski)
Advertisement
I never met my father, but he is with me wherever I go. He was killed in the Yom Kippur War, in the Golan Heights, only two days before I was born. I never met him and he never had the chance to meet me. This loss has had an immense impact on the way I view the world: the very basic human experience of pain over the loss of life has crystallized my respect for all human beings and my commitment to human rights and social justice. These ideals drove me, ten years ago, to join the staff of the New Israel Fund (NIF) and to the position I hold today as Associate Director of NIF’s flagship grantee, the Association for Civil Rights in Israel (ACRI).Yet, despite this personal and intimate story, which unfortunately so many Israelis share, we are witnessing unprecedented, cynical attempts to manipulate grief in order to further delegitimize the work of human rights organizations, and specifically portray their activists as inhuman, as traitors, or worse. To be doing this on one of this country’s most sensitive and non-partisan days – Yom HaZikaron (Remembrance Day) – sets a new low in Israel’s public discourse. Yet, as ACRI was careful to point out, even such levels of insensitivity, vulgarism, and manipulation are protected aspects of freedom of speech. Hence I do not wish to take those expressing such positions to court nor limit their speech. I do insist on arguing with them in the court of public opinion.JUDGING FROM the appalling anti-NIF “campaign” re-launched by the Im Tirzu organization purposely on this day (including an advertisement in The Jerusalem Post), my personal grief and the national grief are just another hook for its incitement against fundamental democratic values and for the delegitimization of the NIF and the human rights community in Israel. It exploits Remembrance Day to divide, point fingers, and ostracize with vicious words like “we remember – they persecute” and “at a time when Israel mourns its soldiers, let us vow to oppose those among us who would sully even our heroes.”Im Tirzu thus attempts to deny my belonging – and those of others who do not share their positions – to Israel’s family of bereavement. It wants to mark me and my fellow human rights activists as enemies of the state. If we criticize the army, we can’t grieve. Im Tirzu even had the audacity to re-write one of the most universal and time-honored Jewish prayers, “Yizkor,” to bash those who they deem “unpatriotic”.Yet, what’s at stake here is more than offensive, reckless words. Trying to define, on behalf of an entire society, and through the most intimate and universal human experience – grief – who’s a true Israeli and who’s not contravenes democracy itself. Can grief be appropriated? Is the grief of some more legitimate than that of others? Who gives the right to anyone within Israeli society to decide who belongs and who doesn’t?Criticism and free speech are critical and essential to the survival of Israel’s fragile democracy. In fact, much of ACRI’s work focuses on preserving the most basic civil liberties for all Israelis – including members of Im Tirzu. Now that the organization has spoken yet again, we can analyze the meaning of its positions. It will not stop at the cynical use of personal tragedy and evenreligion to try to splinter our society and expropriate the most humanof experiences. It attempts to turn Israel into a society that houndsthose who dare point out its shortcoming. That is the present – andfuture – it is striving to create for all of us. My vision for thefuture of my country – a vision of equality, social justice, and humanrights for all – is radically different.For me, striving for that future is the legacy of my loss. I wish thatthe members of Im Tirzu and others would never feel the deep wound ofan untimely loss. But I ask them not to deprive me of it. My father wastaken by the war. All I have left are stories and other people’smemories of him; don’t try to take that from me as well.The writer is associate director of the Association for Civil Rights in Israel (ACRI).