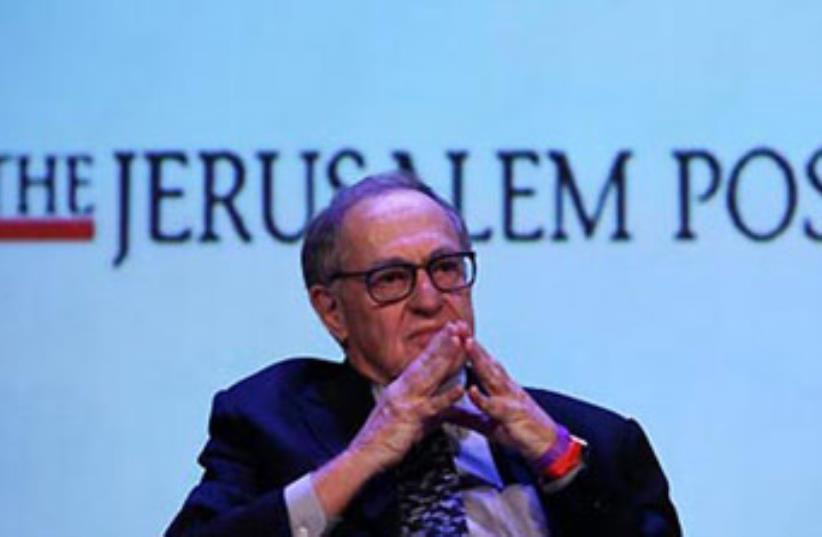 Alan Dershowitz Jpost conference 2013. 370
(photo credit: Marc Israel Sellem)
Advertisement
NEW YORK – By all of the parameters set out by its organizers, The Jerusalem Post Second Annual Conference held in New York on Sunday was a resounding success.Nearly 1,500 people attended, top politicians and security officials spoke articulately and the conference made headlines around the world, boosting the Post’s brand as well as positioning the conference – titled “Fighting for the Zionist Dream” – as a key platform for debates about Israel in the United States.Our speakers gave us a fascinating tour of the region – from Iran to Gaza and Syria to Egypt to the peace process with the Palestinians and the recent reconciliation with Turkey.It was my honor to serve as the conference moderator, but I did walk away slightly disturbed by the response among some in the crowd to several of the speakers. I will explain.The first to get booed was Ehud Olmert, the former prime minister.Next was Harvard Law School Prof. Alan Dershowitz. The booing took some people there by surprise since the conference, they had thought, was supposed to be a place where fellow pro-Israel activists could exchange ideas and where people would be allowed to speak freely.Instead, I was reminded at one point of some of the college campuses I have spoken at over the years where anti-Israel students often heckle, hiss and boo when I try to get across a point in Israel’s defense.I wonder, for example, if the people who booed Dershowitz knew what he does on these same campuses.How he stood up last year, for example, to debate Noam Chomsky, one of Israel’s greatest detractors, at Harvard’s Kennedy School of Government – not the most sympathetic of forums for Israel – to defend the Jewish state and its policies.Dershowitz is one of Israel’s most passionate advocates and defenders and is doing so on the front lines of American academia. Does he deserve to be booed for having an opinion that some people disagree with? I don’t think so.Then there was Olmert. Do I even need to review his record? Let’s suffice to say that while the current government might be facing tough decisions down the road, Olmert has already had to make some.Whether it was the Second Lebanon War in 2006, Operation Cast Lead in the Gaza Strip in 2009, the bombing of Syria’s nuclear reactor in 2007 or conducting peace negotiations with the Palestinians, Olmert led Israel through a critical period.Even if you oppose him politically, his record speaks for itself. Israel has enjoyed seven years of unprecedented quiet along the northern border, Bashar Assad never obtained nuclear weapons and Cast Lead flipped the paradigm on Hamas.Don’t get me wrong. The purpose of this article is not to defend Olmert or Dershowitz on a personal level. I am, though, trying to impress upon those who felt the need to heckle and boo that they might want to reconsider what it means to exchange ideas and what the purpose is of a newspaper like The Jerusalem Post.Last year, the Post celebrated its 80th anniversary, and I believe it has carried on the tradition of what its founder, Gershon Agron, envisioned in 1932 – to create a newspaper in Israel that could tell the world what was happening within this ancient land but also in the wider region.Over the years, the Post has grown and is obviously no longer just a leading newspaper in print but is the most widely read English-language website in Israel and the Diaspora and serves as an unwavering and reliable source of news for what happens in Israel, the Middle East and the Jewish world.It has always strived to bring you, the readers, perspectives from across the political spectrum – from the Left to the Center and Right. Some of these opinions you might agree with, others you read and probably can’t even begin to understand.But, in my mind, that is the paper’s purpose – to help educate, enlighten and of course to tell stories.The issues the paper deals with are tough and while they may seem to sometimes divide us, we need to realize that there is value and importance in being challenged.The outcome should not scare us.Either we will have our opinions reinforced or we might just become aware of a different and new narrative.Either way, we can only gain. If the Post just told us what we wanted to hear, then what good would it be doing? The writer is The Jerusalem Post’s military correspondent and is on sabbatical at the Nieman Foundation for Journalism at Harvard University.