‘The message we got was to be quiet, to forgive and forget, and not to ruin the life of such an esteemed teacher. “Think of his children,” they dare to say to me. What about my children?' 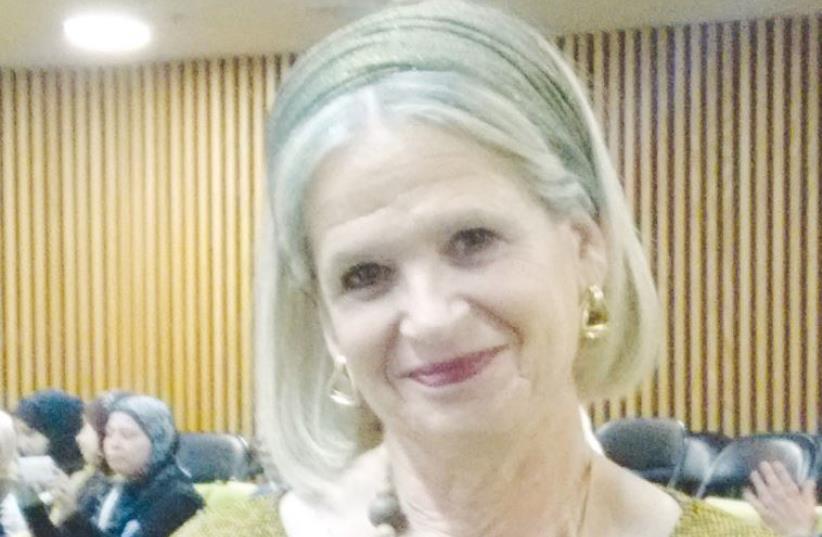 Debbie Gross is the founder and director of Tahel – Crisis Center for Religious Women and Children
(photo credit: Courtesy)
Advertisement
How fortunate, thought Miriam (a pseudonym), a mother of eight. Her fourth son in a row was going to get the school’s most venerated eighth-grade teacher.That’s when the oldest of the boys revealed the terrible secret. That teacher had assaulted him and the two brothers who followed him. What had started as extra attention and praise, and private lessons at his home, had turned into touching and sodomy.That monster wasn’t getting his little brother.“My family life changed in a second,” says Miriam. “We are a family in mourning. Sexual abuse is a form of murder that goes on and on.”For the last two years, Miriam and her husband have been trying to heal their children and to carry on a court fight against the alleged predator. They are pariahs in their community, even though other cases have come up. This is hard for them, but tragic for their children who are mocked by teachers and students in school. The older ones packed their schoolbags and came home. Miriam had to quit her job to attend to the children and pursue the court case. They’re impoverished but they fight on.“The message we got was to be quiet, to forgive and forget, and not to ruin the life of such an esteemed teacher. ‘Think of his children,’ they dare to say to me.What about my children?” MIRIAM IS revealing her agonizing family story at the Jerusalem Cinematheque before 250 men and women at a screening of the Oscar-winning movie Spotlight.In the film, an investigative team at The Boston Globe reveal the lengths and scope of a Catholic Church cover-up of sexual abuse and predators among its clergy. Miriam’s speech is part of a consciousness-raiser and a fund-raising event for Tahel – Crisis Center for Religious Women and Children.Miriam is taking part in the panel discussion that follows the movie, together with Rabbi Yuval Cherlow, and Tahel founder and director Debbie Gross. I’m the moderator.For those who have missed Spotlight or have forgotten the events in Boston in 2002, here’s a summary: New editor-in-chief Marty Baron assigns The Boston Globe’s investigative team, called Spotlight, to pursue the story of pedophilia by a local priest. They learn that the Roman Catholic archdiocese has been covering up sexual abuse by clergy, making private settlements and shuffling the priests to different parishes.Two hundred and fifty priests in the Boston area alone have been caught molesting children. Similar investigations follow around the world. It turns out that an estimated 6 percent of priests are child molesters.I’m initially concerned that the audience or the rabbi on stage might be distracted by the story taking place among Roman Catholics. After all, isn’t the church’s insistence on unmarried male clergy and pledge to celibacy a natural breeding ground for profligacy? But no one makes this claim, neither in the audience nor on stage. The numerous publicized stories of rabbis and abuse, and the gradual opening of this excruciating subject within religious communities, have had impact. When I ask this mostly Torah-observant Jerusalem audience if there is anyone who does not know someone who has been sexually abused, not one hand goes up.Cherlow heads Yeshivat Amit-Orot Shaul in Ra’anana. He’s a member of Takana, a forum of leaders who try to fight sexual abuse in the national-religious sector. He speaks of a shocking amount of sexual abuse going on within religious institutions where sexual abuse blends with spiritual abuse.No one has the statistics about what percentage of teachers and rabbis are pedophiles, according to Gross, but although most assume girls are more vulnerable than boys, in our gender-segregated school system both have the same risk of sexual abuse. Ninety-seven percent of sexual predators are men.DESPITE THE revoltingness of the subject, there’s a slight ray of hopefulness.Public exposure and the work of Tahel over the last two-and-a-half decades have brought us into a new era in which the threat of sexual exploitation is at least named and acknowledged. A decade ago, an evening like this wouldn’t have drawn such a large religious crowd in Jerusalem.Nonetheless, Tahel founder and director Gross is adamant that the fight is no longer hers alone. She has spent half of her life pointing the spotlight on sexual abuse, meeting with rabbis and communities and teaching tools for protection of our children, Now it is the responsibility of every parent and grandparent and every community to pick up the challenge.We have to insist on educational programs to alert our children to threats.We have to make sure our children don’t meet teachers or rabbis alone after school. Every school must have trained monitors to deal with complaints.Before Miriam was aware that her sons had suffered at the hands of an abuser, as a teacher she was selected to undergo training to spot warning signs of victims of sexual abuse. She never had a case.Nor would she have suspected that sexual abuse had blighted her family, even though her teenaged oldest son had become depressed and introverted. He told his principal first, then his father, and at last his mother whom he wanted to protect because she’d had a heart attack at age 35.“Even then, it was hard to take in. I wept through the movie,” she says. “I know my sons will be the men with their lives ruined. We all teach our children to be afraid of strangers. Isn’t it sad that we have to teach them to be afraid of everyone?”

Tahel’s national hotline is (02) 673-0002. The author is a Jerusalem writer who focuses on the wondrous stories of modern Israel. She serves as the Israel director of public relations for Hadassah, the Women’s Zionist Organization of America. The views in her columns are her own.’
Advertisement
Subscribe for our daily newsletter