The Jewish worldview: A struggle to better the world

It is up to each one of us to continue the personal struggle for a better world, which our ancestors began many generations ago. 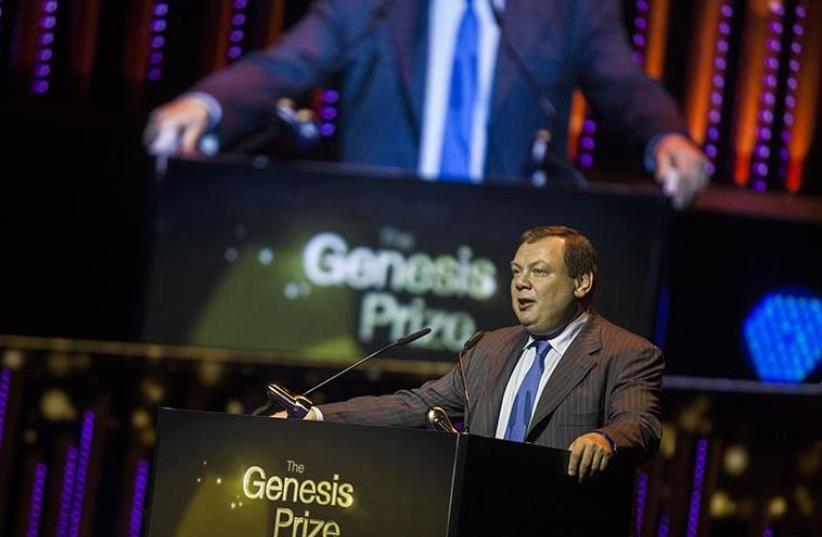 Co-founder of the Genesis Prize Foundation, Mikhail Fridman.
(photo credit: GENESIS PRIZE FOUNDATION)
Advertisement
This week I had the privilege of welcoming the new Genesis Prize laureate here in Jerusalem, for the third time.Often I am asked the question: What motivated you and your partners to establish this prize? As usual, when I contemplate the roots of any decision, I find that motivation is deeply personal.My partners and I grew up in the Soviet Union – a country where religion was practically banned, and Judaism, in particular, was subject to severe persecution. The country had no established relations with Israel. One would only hear this name in the context of official propaganda, which spoke of “aggressive Israeli militarism” or “the evil Zionist regime.”The infamous “fifth paragraph” in the Soviet passport listed the nationality of the citizen. A short word – Jew – appeared in that space in the passports of my parents, my relatives and many of my friends. This had profound and sinister implications, limiting their options in some of the most important choices in life: universities they could attend and jobs they could take, the ability to receive recognition for professional achievement, international travel, and many other things.So, at a relatively mature age, my knowledge of all things Jewish was very limited.I never held the Torah in my hands. I knew nothing about kashrut. But I did know which universities would not accept Jewish applicants; which professional fields were off-limits to Jews, and why we were not allowed to travel out of the country.FORTUNATELY, at some point the situation began to change. When I was 18, I visited a synagogue for the first time in Moscow (my native city of Lvov did not have one, despite being home to a very significant Jewish community). Only when perestroika arrived did I finally got the chance to read the Five Books of Moses, and discover the spiritual treasure of our people.For a long time the state and society did not allow us to return to our roots, and to practice our religion – even as they continually reminded us of our Jewish origins in very harsh terms. Perhaps this is why the main idea of this prize – reliance on our philosophy, our values and traditions – is so important to me.The biblical stories I read touched me in a profound way. I was taken by the protagonists of these stories – our forefathers.They do not come across as ephemeral and immaculate saints, but as living, passionate people of flesh and bone, with hot blood flowing through their veins and their souls ablaze with lofty aspirations – or, sometimes, with low desires.It was even more amazing that their personalities were so remarkably close to the traits I recognized in people around me – my brothers, relatives and Jewish friends.I felt that Abraham and Isaac, Joseph and Moses had left their tents and flocks and moved into the buildings in my neighborhood, without losing a drop of their authentic character over the millennia.Those ancient archetypes of Jewish characters, powerful and passionate, still surround us today. They live on, through time and against all odds.IN THOSE TIMES I read one of my favorite biblical stories – the story of Jacob. His life is full of ups and downs, love and hatred, intrigue and deception... But Jacob’s struggle with the Angel stands out as one of the fundamental narratives in the Torah. It is a focal point of the Jewish worldview.I understand it as an exhausting, continuous struggle to better the world, to bring reality closer to the ideal. Each real Jew – and the Jewish people as a whole – is engaged in this struggle. This is a struggle against the odds: against a hostile environment, prejudices and jealousy, and, most important – a struggle with your own self, your own weakness and vice.Only in this struggle intellect prevails over brute force; truth triumphs over lies; and good over evil. In this struggle, man can accomplish the unimaginable and reach the unreachable, in any field of human endeavor – be it politics, art, business or science.The 2016 Genesis Prize laureate – Itzhak Perlman – is a great musician, an outstanding citizen of the world, and a Jew in the truest sense.The dry facts of his biography, the physical circumstances of his life – do they not remind us of the titanic image of Jacob-Israel? Listening to our laureate’s music, do we not recall Jacob’s fiery temperament and creative genius? His perseverance and faith? May the Holy Land of Israel and the Diaspora continue to give life to thousands upon thousands of Jews just like Jacob, Solomon and Esther. The source of power, granted to our people by the Lord in the Covenant with Abraham, is limitless. Its light will continue to illuminate the path of Jews – and other peoples of this earth – for many millennia to come.But it is up to each one of us to continue the personal struggle for a better world, which our ancestors began many generations ago. Each person contributing in his or her unique way – writing music or doing philanthropy, working in politics, business or science. Or simply doing our part, with diligence and honor, in any endeavor we undertake.

Michael Fridman is a global investor and philanthropist, and the founder of the Genesis Prize.
Advertisement
Subscribe for our daily newsletter