The view from Westminster

Those disturbing echoes of the past are returning in the form of a revitalized antisemitism in the UK. What lies behind this? 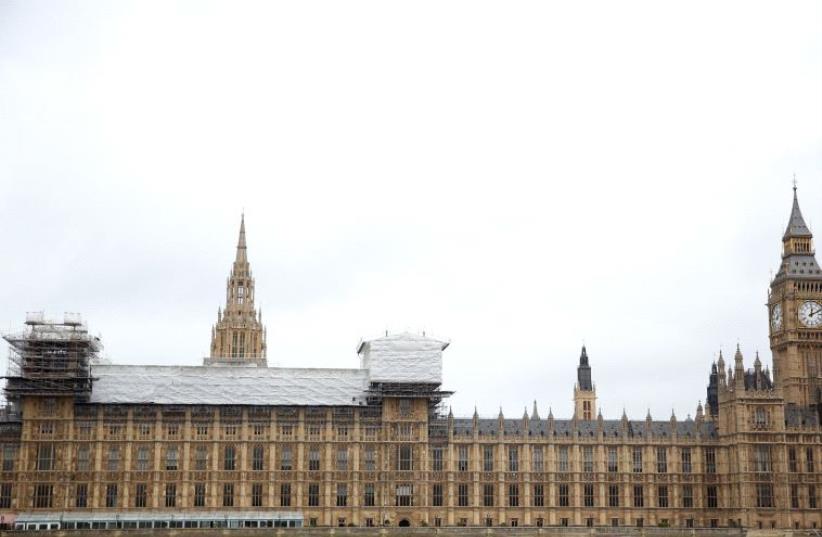 Houses of Parliament, in Westminster in London, Britain September 10, 2016
(photo credit: REUTERS)
Advertisement
As the leader of a council with one of the highest proportions of Jewish residents in the country, the rise of antisemitic feeling in the UK is deeply ominous.Even in Westminster – the heart of central London, home to a diverse population which united in the face of terrorist attacks last year – we are not immune. There have been 48 antisemitic hate crime offenses in Westminster in the year through May 2018 – that’s increase of 45% on the previous 12 months. Antisemitism is of course nothing new. Nationally, we have seen reports over the years of gravestones attacked, Nazi graffiti daubed on walls and poisonous notes sent to Jewish people. Traditionally, the shadowy penumbra of the far Right was the home of this kind of nastiness. On the margins of politics, these people peddled their familiar tropes of world financial conspiracy and Holocaust denial in their self-sustaining echo chamber.Those disturbing echoes of the past are returning in the form of a revitalized antisemitism in the UK. What lies behind this?As a Conservative Party politician you will regard me as pre-engaged, but it is now beyond doubt that sections of the Labour Party regard an anti-Israel stance as the proper posture of a far-left party. At its heart is the conviction that the foundation of Israel is itself a crime, a belief which appears to be metastasizing into full-blown antisemitism in some quarters.Moderate Labour MPs are harangued if they raise the point. Condemnation from the Labour leader’s office has been slow in coming and often tinged with the weasel-word patina of “condemning all hatred everywhere”.Social media is the second element injecting an unpleasant vigor into proceedings. Both the alt-right and far Left are equally culpable when it comes to showering political moderates with abuse. To challenge the shrill new orthodoxy about Israel is to have abuse rain down on you in a constant firestorm.  The reality of antisemitism is no doubt wearily familiar to London’s Jews, if not others. I visited St. John’s Wood Synagogue earlier this year and was shocked that the congregation is protected by heavily fortified wire fences and security staff. This just to safeguard their right to worship and enjoy community events. Is this something we should accept as just “the way it is?”A personal confession: My first trip away from home at the age of 18 was as a gentile woman to a kibbutz called Mizra near Afula. I met Jews from all over the world, as there was an ulpan on the kibbutz, a Hebrew school for overseas Jewish students. The gentile volunteers and Jewish students mixed well, particularly in the incongruous setting of the Friday-night disco held in the bomb shelter, dancing to the strains of that year’s big hit – “Dancing on the Ceiling” by Lionel Ritchie. My kibbutz experience taught me to see the person first, no matter what the religion they may follow (or none). Although a socialist concept, the kibbutz taught this Conservative the importance of community and working together to achieve a shared goal.In the course of my political career, I have served with many Jewish councilors and have good Jewish friends. Common among them is the belief that there is a clear distinction between criticizing Israel’s government of the day and questioning the fundamental right of the State of Israel to exist.In Westminster, we will keep doing what we can to expose the rise in anti-Jewish feeling. In June this year, the Westminster City Council passed a motion to adopt the International Holocaust Remembrance Alliance definition of antisemitism, bravely backed by Westminster Labour councilors who ignored their national leadership’s refusal to adopt the same code. This motion is a natural fit with our ongoing work to build a city-wide community through the #MyWestminster scheme, an initiative that pulls together all our communities in different events across the year.As politicians and local people it is our job to ensure common sense and decency prevail above doctrinaire beliefs that fuel extremism. In the case of antisemitism, that means stripping away the ideological cloak that masks its latest incarnation to expose the crude racism underneath.The writer is the leader of the Westminster City Council.