The Western Wall battle, round two 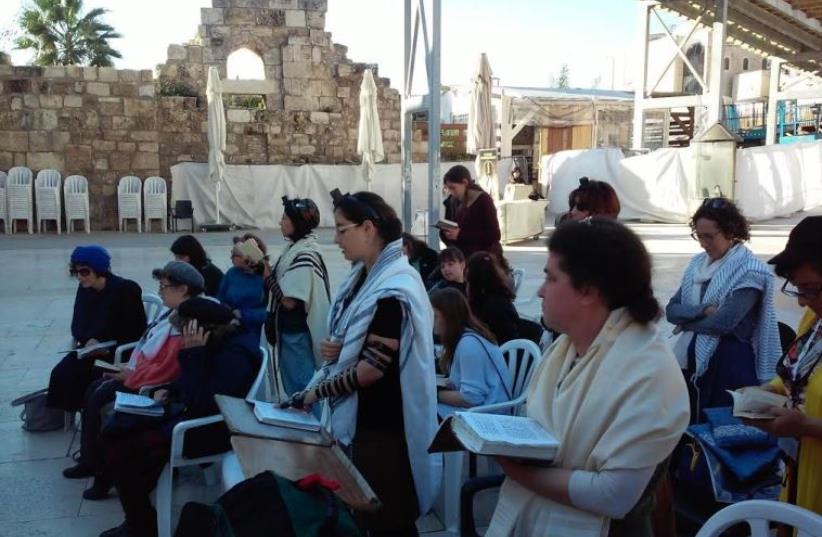 Members of the Original Women of the Wall organization at the Western Wall, February 29, 2016
(photo credit: OWOW)
Advertisement
A few days ago the prime minister announced that his bureau chief, David Sharon, will reexamine the new Western Wall arrangement – or “the separation plan” as it is also called – following criticism by the haredi leadership in Israel and the interior minister’s refusal to pass this bill in its current form.Weeks earlier, 400 Reform rabbis came to Israel together with head of the Reform Movement in the US, Rabbi Richard Jacobs. The arrived at the Knesset to celebrate their big accomplishment.The arrangement was approved by the cabinet and the road seemed wide open for them to receive their own prayer space. After years of struggle, this achievement was finally within reach. Both of these events mark the highs and lows that rattle the Jewish people – Orthodoxy on the one hand and the Reform and Conservative on the other.The bottom line, though, is that what seemed to be agreed upon and sealed, has just been reopened for discussion.It’s hard to believe that almost 50 years after the battle to free Jerusalem and the Western Wall, the battle for prayer arrangements keeps on going.The Women of the Wall, a movement that was established more than 20 years ago, demanded the option to pray near the Western Wall using Reform and Conservative prayer customs and was denied. The issue was justly getting bigger in the Jewish communities around the world and especially in the Reform Movement in the US that accounts for about 1.5 million people, and holds as their main goal achieving equal status to that of the Orthodox circles in Israel.Former cabinet secretary and now Attorney-General Avichai Mandelblit slowly but surely and in a discreet manner managed to forge a compromise that created a permanent prayer space for the non-Orthodox circles at the southern part of the Western Wall. It was determined that it will be open all year round, 24 hours a day, and that the visitors to both prayer spaces will go through the same entry gate. Mandelblit, a practicing Orthodox Jew with a black kippa himself, was convinced it was a historic agreement. Prime Minister Benjamin Netanyahu accepted the cabinet’s approval on this matter, and although the ministers of the religious parties opposed the plan, Netanyahu was sure that the resistance was just for show.He was wrong. Interior Minister Arye Deri, chairman of Shas, refused to sign the agreement and sabotaged it. There is no solution in sight. Netanyahu has a lot of going on these days and the last thing he can afford is to give up on the religious parties or to get into a dispute with them.However, the problem is much more acute and principled. The question is, is Israel ready to accept the changes that are going on in the Jewish world today and can it adapt to them. Everyone knows that the government and its representatives in the US have no problems working in full cooperation with the Reform and Conservative communities.It is obvious that in every diplomatic issue, Israel is assisted by the US Jewish community, with all the different circles it encompasses. And is this way the government accepts all the different denominations. It’s hard to talk about Israel’s greatest accomplishments in Congress or vis-à-vis the American government, without mentioning the hard work, effort and dedication the Jewish community there has put in. This is the strong and broad bridge the Israel-US relations are built on.But when you cross the ocean and return to Israel, the picture changes completely. The political system blocks the prime minister and prevents him from adjusting and making concessions in the US community’s favor.That’s how, for example, we get United Torah Judaism’s MK Moshe Gafni calling them “clowns” and saying that he and his cohorts will not recognize them, “not at the Western Wall and not anywhere else.”The Jewish world is going through massive changes. The rate of intermarriage in the US is 50 percent, in other communities around the world it goes up to 70 or 80 percent. Mixed families are not the exception anymore. The communities in the US and the Jewish world in general taught us to accept the non-Jewish partners in the mixed families, so we don’t lose the ones we have left: They offer Jewish education to the kids, so the next generation doesn’t walk away from Judaism. For us in Israel this issues seem strange, distant and hard to fathom.There needs to be a change in the view of the decision-makers in Israel regarding the Jewish world, and the same goes for the general public here.If we don’t want to find ourselves down the road with a shrinking world Jewish community, we have to open our arms and embrace the different denominations and communities. Israel can’t be “a people who dwell apart, and will not be reckoned among the nations.” (Numbers 23:9) in political, security and financial terms. It needs every ounce of support, and the Jewish communities have always been there for us. If we push them away, they will not be there when we need them.The conflict over the Western Wall shows us that we have not learned this lesson; this is a turning point between Israel and the Diaspora, and mostly between Israel and the Jewish community in the US. It can cause us severe damage in the strongest and most important Jewish community in the world.

The writer is a member of Knesset for the Zionist Union and a doctor of political science and communication.Translated by Maya Pelleg.