The write outlook: Nzimande and the boy in the scarf

Nzimande is no friend of Israel. He has always hated it and will continue to hate it. 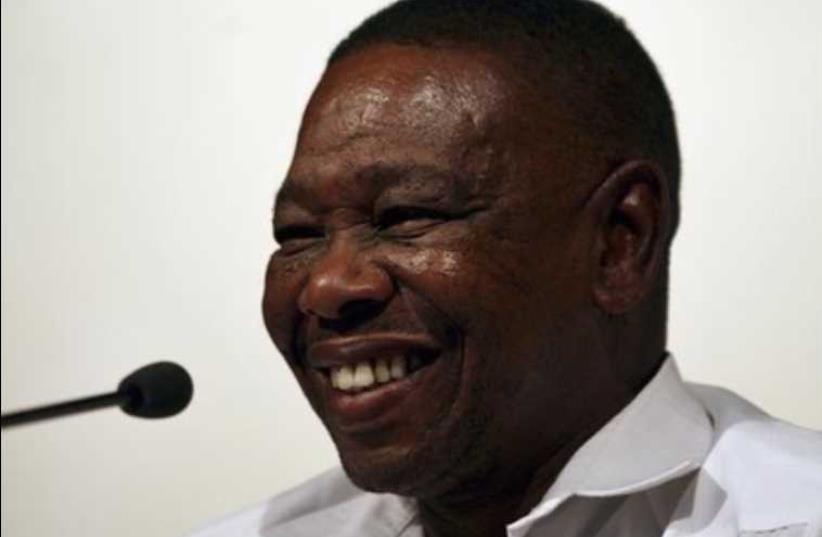 Blade Nzimande
(photo credit: REUTERS)
Advertisement
It’s almost a year since a Jewish South African teenager from a Jewish day school took to the stage wearing a poorly chosen accessory. The Palestinian scarf that shook the Jewish world split the South African community and resulted in a severe case of the “Topsy Turveys.” Ordinarily rational adults lost their rational minds, and for more than just a moment the anger and the frustration of South African Jews came dangerously close to destroying the ordinarily cohesive community. But with this story, a very simple message emerged. Don’t publicly criticize your own, and “own” includes Israel.And then came the Blade Nzimande story, where Israel denied the South African minister of higher education a visa to “Palestine.” In no time at all the pressure in the pot became almost too intense to manage, and the South African Jewish Board of Deputies and the Zionist Federation in order to reduce the intensity released a statement that effectively censured Israel for the decision.The board had effectively done that which the South African community had warned the scarf-wearing child not to do. And many South African Jews reacted the same way.See the latest opinion pieces on our page
Nzimande is no friend of Israel. He has always hated it and will continue to hate it. He is a Communist Party anachronism, a caricature of an Israel-obsessive who is silent on human rights abuse if Israel is not part of the narrative.Syria, Iran, Nigeria (where a few weeks ago 150 university children where singled out and shot because they were not Muslim), are seldom mentioned by him, and he continues on his mission to alienate Israel.His department is a failure. As a minister he is a failure. Xenophobic violence has brought the racial focus back into the public consciousness as South Africans murder their visiting neighbors.Higher education for the most part is unattainable to most South Africans and what to do with school-leaving youth is an issue he is nowhere near solving. There is little doubting the magnitude of the crises back home. And so his trip to Israel can only be about two things: continued and pathological hatred, as well as the need to divert his gaze away from the havoc in his own yard.Nzimande has nothing to contribute to “the Palestinian cause,” with the exception of granting it much-needed publicity. Sadly, with the denial of the visa, this was handed to him in a manner that could only have exceeded his expectations. Add to that the reaction of the SAJBD, as tweeted and publicized by the BDS and other Israel detractors and this should be indication enough that we have lost this round. Pretty badly.And the answer is perhaps more simple than we would have thought. With all the might of the Israeli army and the all the bombastic bluster of Israeli politicians, we are actually still a pretty sensitive bunch. And we take offense quite easily. And nothing hurts us more that being let down by one of our own.The kid in the scarf decimated the community because he was our kid. Jewish South African adults felt hurt by his actions because he was one of ours. And our children don’t behave that way.And so, even though I don’t really understand the point of denying an irrelevant and unimpressive minister a visa, considering Jimmy Carter was just let loose across the region, and he is much more dangerous than Nzimande, I am still uncomfortable at the board’s public criticism of Israel.I understand it. Like I understood at the time that the Board of Education had to get the “Scarf Boy” story out of the press, and so they made choices that might not have been comfortable but that made sense. I understand too that by the board criticizing Israel’s decision to deny Nzimande a visa, the community is able to “normal” without severe repercussions. So whereas I don’t like it, I certainly understand it.There are no doubt lessons to be learned. Israel needs to understand that there are strong Zionistic and supportive communities in the Diaspora. These communities are vulnerable and deeply affected by the decisions that it makes, by the swipe of a pen, and by the stamp of “Denied.” And Diaspora communities need to be cautious that as good as our intentions may be, we never become that boy in the scarf.The writer is the author of Carry On Baggage – the story of a man who thought he traveled light. He is a commodity trader, daily radio talk show host and public speaker. He has been the non-executive chairman of the South African Jewish Report for the past four years. You can follow him on twitter @HowardFeldman.
Advertisement
Subscribe for our daily newsletter