Think About It: Why can’t we be a little more like the British?

No one seems to have any concrete policy proposals to contend with Israel's issues – just slogans. 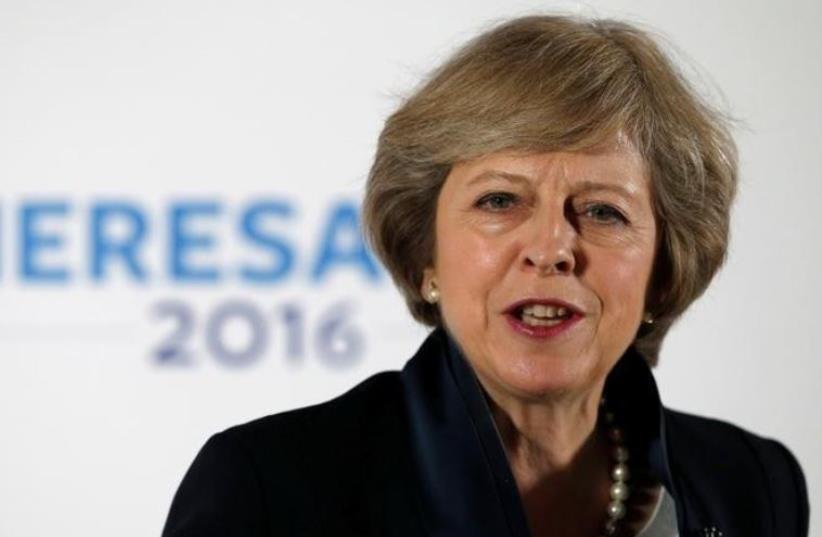 British PM Theresa May
(photo credit: REUTERS)
Advertisement
On Friday night the two main contestants in the upcoming UK election – Theresa May and Jeremy Corbyn – participated in a public “question time,” held in Yorkshire and broadcast by BBC1.Through American and Israeli eyes, the 90-minute British program portrayed a sane reality which seems to be lacking these days in both the US and Israel.True, the circumstances of the British election are somewhat odd, since elections should have been held in 2020 and there was really no need to hold them early. British Prime Minister Theresa May called for the snap election because felt she had an opportunity to increase her parliamentary majority toward the critical negotiations with the EU over Brexit. To go by the most recent opinion polls, her bet was ill conceived, and at best the Conservatives will lose their current absolute majority of 16 seats, though not their ability to form Britain’s next government.As to the “question time” format, it should be noted that like Prime Minister Benjamin Netanyahu May refused to participate in any TV debates with the other candidates. The “question time” format does not involve a direct confrontation, as each participant in turn appears on his/her own, in front of a mixed audience of supporters and opponents, who hurl questions at them. In the best British tradition, the candidates answer all the questions – no matter how enervating – to the best of their ability, and if they try to dodge a question the moderator puts them back on track. Netanyahu’s “I answer in my own way” (i.e. I choose not to answer difficult questions) tactic simply wouldn’t go down very well.Neither May nor Corbyn are my cup of tea – though at gunpoint I would probably choose May, since Corbyn’s social democracy (which I support in principle) is rather archaic, while May’s conservatism seems pragmatic. May also appears to be more partial to Israel and the Jews than Corbyn.In answer to a question posed to him by a young Jewish woman from the audience, Corbyn claimed to be totally committed to fighting antisemitism within his own party, though this doesn’t quite tally with the facts. In answer to another question he expressed his commitment to finding peaceful solutions to international conflicts (he lauded the agreement with Iran), adding that for this purpose he is even willing to talk to terrorists. The problem, from an Israeli perspective, is that there is a difference between talking to terrorists and defining senior members of Hamas and Hezbollah as “friends” – which Corbyn has done.So what was so sane about the performance last Friday? From an American perspective it was that the Conservative candidate accepts the fact that the state has a duty – based on the national interest – to provide good and equal health and education services, rather than wash its hands of these issues in the name of a twisted interpretation of “personal freedom” as the Republicans in the US do.Furthermore, while both May and Corbyn are concerned about employment opportunities for the citizens of the British Isles – especially against the background of Brexit, which both opposed during the referendum last year but to which both are committed following the referendum’s result – neither proposes a protectionist policy to deal with the issue, and certainly not the “beggar thy neighbor” (and the globe, for that matter) policy that Trump propagates and is actually implementing.Finally, all the questions and answers were about concrete policy issues, and there were no defamatory comments by the candidates about each other, or about certain population groups. The most negative comment uttered by one of the candidates against the other was when Corbyn chose to open by expressing his disapproval of the fact that May had refused to participate in a TV debate with him.From an Israeli perspective, beyond our prime minister’s refusal to expose himself to serious question-and-answer situations, what was most enviable about the British performance was the list of issues that were seriously and candidly addressed by the two candidates. The issues included policies to deal with the unsatisfactory situation in the fields of health and education, policies to help small businesses versus taxation rates for large corporations, and complex foreign policy issues that are of direct concern to the UK (such as the forthcoming negotiations with the EU over Brexit) or of general international concern (such as North Korea).In Israel the main issues are whether Israel can continue to hold on to all the territories it occupied in 1967 and remain both Jewish (in terms of the majority of its population) and democratic, and how far the state can go in the direction of dismantling its predominantly secular and liberal elite and the values they stand for, without ceasing to be democratic. However, no one seems to have any concrete policy proposals to contend with these issues – just slogans.If elections were held today in Israel one of the non-territorial issues that would certainly come up would be the integration of ultra-Orthodox Jews in the universities – an issue recently raised by the Council for Higher Education which is causing a furor in academic circles, not because there is opposition in principle to the integration of the ultra-Orthodox, but primarily because it involves gender separation and the exclusion of female teaching staff from the proposed programs.Imagine how May and Corbyn would have reacted if called upon to relate to the possibility of the UK returning to the 16th century, when women were not allowed to perform in the theater (men played women’s roles in Shakespeare’s plays), or the 19th century, when women were excluded from teaching at the universities.