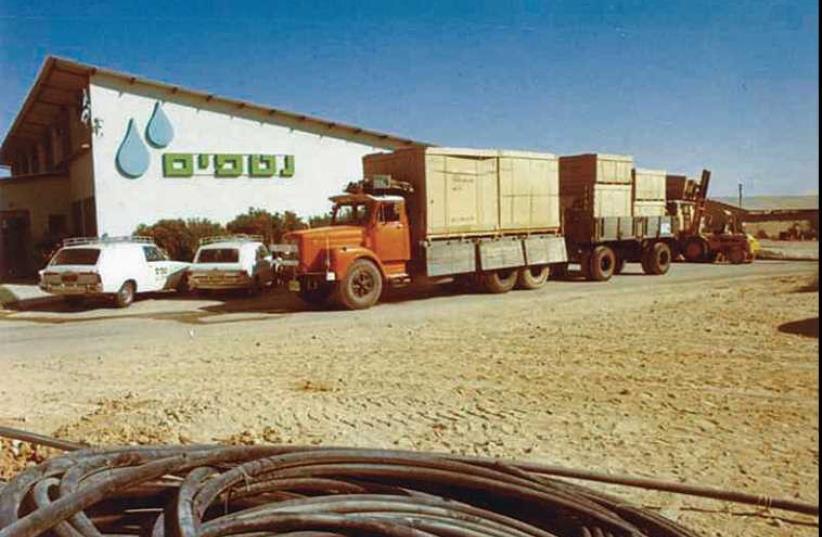 Netafim
(photo credit: COURTESY NETAFIM)
Advertisement
The UN General Assembly approved in September a plan to achieve 17 Sustainability Development Goals by 2030. The fifth goal is to “Achieve gender equality and empower all women and girls.” Reaching this goal will significantly contribute to accomplishing other goals, including the greatest challenge and prerequisite for achieving sustainable development: ending hunger and poverty.Women represent half of the world’s population and almost half of the world’s agricultural workforce, but produce less food than men. One of the main reasons for this, according to the UN’s FAO, is that women in developing countries have limited access to resources, education, financial services and commercial services. While male growers enjoy access to land, financing, technology and know-how, such resources are often unavailable to women. With the world’s population expected to reach 8.5 billion by 2030 and over 11 billion by the next century, the widening gap between the population growth rate and availability of food will require solutions addressing the growing need for food. One such solution is the adoption of new technologies among women growers.The traditional roles of women in developing countries is deeply significant in both defining reality and sorting out their relationship with others. Cultural norms are dividing between “outside” and “inside,” between “masculine” and “feminine,” and not infrequently, they guide the life choices made by men and women. In a landmark 1970 essay, the Danish economist Boserup pointed out that men stand for modern agriculture in the village, while women stand for traditional hard labor; men are on the side of progress, while women are on the side of tradition.By widening the male-female knowledge and training gap, the transition from traditional to modern agriculture tends to boost the reputation of male farmers at the expense of women, Boserup wrote.Several years before publication of Boserup’s essay, Netafim was established at Kibbutz Hatzerim in Israel’s desert. Today the company is celebrating its 50th anniversary under the theme of 50 Years of Shaping the Future.This theme underscores the enormous growth potential for advanced irrigation solutions given that almost 80 percent of the agricultural world still uses traditional flooding.Therefore, in many places across the globe, the transition to advanced agricultural technology is bringing out, in a relatively short period, its advantages over traditional irrigation methods. These advantages are headed by the ability to produce greater and higher quality yields, while using fewer resources such as land, water and energy.The meeting point between women growers in the rural areas of Gujarat, India, and drip irrigation technology was at the core of qualitative research I conducted.* My research revealed an empowering, yet complex process that the women are undergoing, resulting from their improved individual and economic welfare after having transitioned to advanced irrigation technology. While their everyday routine did not significantly change after adopting the technology, the time and effort they spent in the field as well as their workload changed greatly, and enabled them to invest in other areas. Their income growth resulting from greater and better yields improved their standard of living, enabling them to buy a house, vehicles and electronic appliances, as well as pay for their children’s education. It also gave them a sense of security and peace of mind, mostly because they were able to predict their income in the coming years.All of the interviewees emphasized that their main commitment was to their home, their family, and their families’ needs. At the same time they began to acquire a new body of knowledge helping them become professionals in a business area that had been open only to the masculine world.The women expressed satisfaction with their accomplishments, and were proud of their work and use of advanced technology. The significance of adopting technology went beyond their desire to increase productivity and income and touched on gender definitions. It also appears that their sense of confidence, accomplishment and self-worth grew.Women can take on new roles and responsibilities that can improve their productivity and raise their status both at home and in their community. This came up within the interviews as a significant factor in their process of entering the “outside” world. The recognition that some of the women gained from society was a positive anchor enabling them to make the transition. The economic independence resulting from the use of technology was noted by some as the source of great appreciation from their surroundings. Most of them noted that village residents turned to them for professional advice.The greater presence of women in the public space is likely to shake up the balance of traditional roles and deepen the masculine-feminine dialogue vis-a-vis their lives and the lives of those around them. This strengthens the assumption coming out of UN research that because many of the constraints that women deal with were set by society, these constraints can change.The use of agricultural technologies that challenges the gender distribution of power and work space is likely to serve as a tool that, together with other tools, will lead to a gender gap reduction. But gender norms are complex and do not change overnight. When the international community defines a goal calling for gender equality and women’s empowerment, it’s important to deepen the understanding of the unique point of view of women, while planning on how to achieve this goal. It’s important to turn attention to the meeting point between local and practical know-how and outside technological/scientific knowledge.Listening to the stories of these women and understanding their needs and observations might contribute to the potential implementation of practical steps that will empower women in making decisions that are good for themselves. At the same time, it will move mankind another step closer toward achieving the UN’s Sustainable Development Goals, including the biggest challenge of all – creating a world without hunger and poverty.*The research was conducted as part of graduate degree studies in the Interdisciplinary Program in Science, Technology and Society, Bar-Ilan University.The author is Netafim’s head of corporate marketing and external affairs.