YOUR INVESTMENTS: Is the middle road paved with gold?

We know what happens to people who stay in the middle of the road. They get run over. –Ambrose Bierce 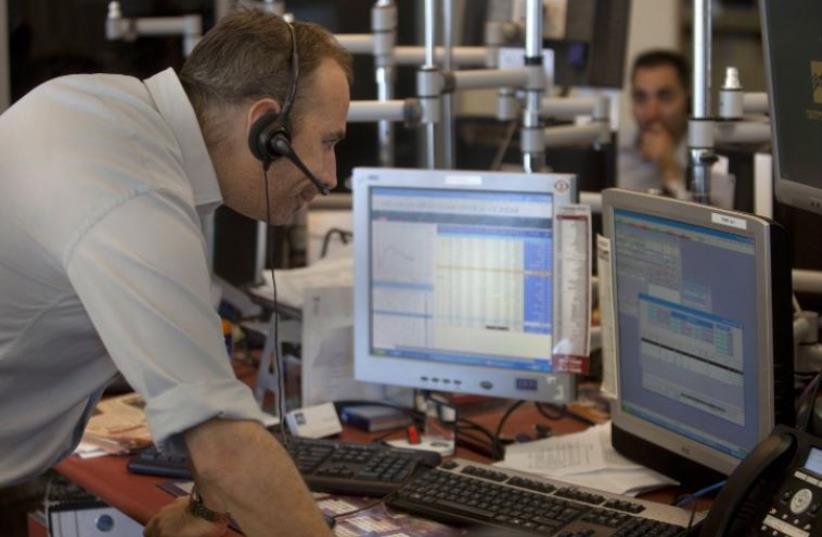 Israeli stock market traders work at their office in the Meitav investment house in Tel Aviv
(photo credit: AFP PHOTO)
Advertisement
In today’s day and age being in the middle isn’t necessarily something to be considered a value. With extremism ruling political discourse and cultural norms it just seems like on multiple levels society has become more polarized.Maimonides (Hilchot De’ot 1:3-4) comments on the best way that mankind should behave: “The two extremes of each trait, which are at a distance from one another, do not reflect a proper path. It is not fitting that a man should behave in accordance with these extremes or teach them to himself. If he finds that his nature leans towards one of the extremes or adapts itself easily to it, or, if he has learned one of the extremes and acts accordingly, he should bring himself back to what is proper and walk in the path of the good [men]. This is the straight path.”He continues, “The straight path: This [involves discovering] the midpoint temperament of each and every trait that man possesses [within his personality.] This refers to the trait which is equidistant from either of the extremes, without being close to either of them. Therefore, the early Sages instructed a man to evaluate his traits, to calculate them and to direct them along the middle path, so that he will be sound [of body].”While that might be great advice for how one should conduct themselves the question is what does this have to do with investing? The answer is that the one asset class is often forgotten as part of an investment portfolio is mid-cap stocks. These stocks tend to fall between the cracks. Most investors focus on well-known household names, which tend to be the largest companies in the world-known as large caps and small caps known for their high growth potential.
Jon K. Christensen, CFA, portfolio manager, and senior research analyst at KAR writes, “The lines between market-cap categories can be blurry, leading many investors to believe that owning both large and small stocks provides sufficient exposure across the market-cap spectrum. In fact, data point to a clear underrepresentation of the asset class. Mid caps make up about 26% of the overall equity market, according to a breakdown of the Russell indexes, but actual investments into the asset class only account for about 13% of all invested assets, as represented by Morningstar asset flows.”This lack of investor attention has been unfortunate, as mid-cap stocks tend to boost return and lower risk. Investors tend to gravitate to large companies because they pay dividends and are well-established. The problem with them is that they have much slower growth rates. Small companies have the potential for huge growth but are more roller coaster like with higher volatility. In many ways mid-sized companies provide the best of both worlds. They provide relatively high growth rates, but are mature enough to have greater stability.While past performance is no indication of future returns, over the last 20 years mid-cap stocks have trounced their small and large-cap rivals. Matthew J. Bartolini, CFA, head of SPDR Americas Research writes, “That since 1997 in months where the S&P 500 Index posted a positive return, mid caps outperformed large caps 64% of the time and small caps 51% of time. Conversely, in months where the S&P 500 declined, mid caps outperformed small caps 57% of the time. This highlights mid caps’ ability to generate higher absolute returns while potentially reducing downside risk relative to small caps.”Especially now in times of wild market swings, it may pay to speak with your financial adviser and discuss adding mid-cap stocks to your investment portfolio. To repeat: just because mid-caps have outperformed in the past doesn’t mean anything about their future returns. Nonetheless, in many ways you will get the best of both worlds. The potential for higher returns and lower risk, which is after all, what most investors want.

The information in this article reflects the opinion of the author and not necessarily the opinion of Portfolio Resources Group, Inc. or its affiliates. The writer is author of the book Retirement GPS: How to Navigate Your Way to A Secure Financial Future with Global Investing (McGraw-Hill), and is a licensed financial professional both in the United States and Israel. For more information, call (02) 624-0995, visit www.aaronkatsman.com or email [email protected]