How to customize iOS 16 lock screen

If you have been reading tech news regularly, you might know about the iOS 16. Apple showcased its iOS 16 at WWDC 2022 the previous month, which comes with enhanced personalization options and will power eligible iPhones.

One of the most noteworthy changes of iOS 16 is the new lock screen that Apple had fully reimagined. The new lock screen now supports widgets, animated wallpapers, and more. Before this, users had to rely on live wallpaper apps for iPhone for customization.

The new lock screen of iOS 16 looks unique because it has animations and images that interact with the clock & widgets in real-time. Additionally, the new mobile OS also introduced some cool new wallpapers.

This is the only reason developers have faced difficulty retrieving the wallpapers from the beta build of iOS 16.

Customize the iOS 16 lock screen - How to Change Wallpaper

Now that iOS 16 officially supports Lock screen customization, you may want to customize it as needed. As of now, the iOS 16 is available only as a free public or paid developer beta. Here's how you can customize your iPhone lock screen in easy steps. 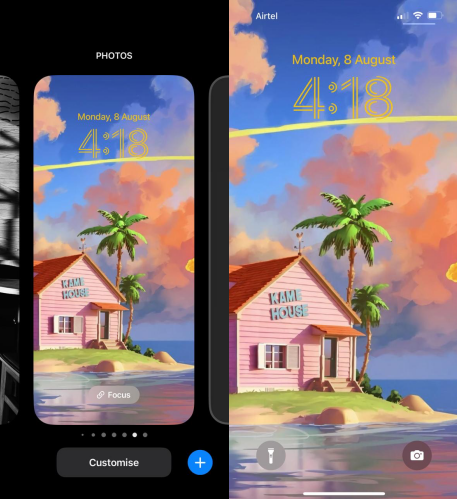 How to Add Widget on the Lock Screen?

To add a widget on the iOS 16 lock screen, you need to follow some simple steps shared below. 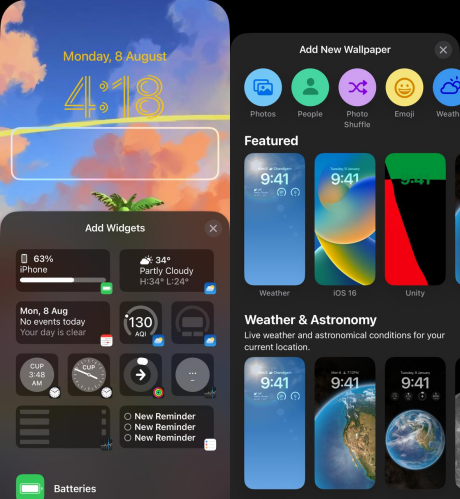 How to Create Additional Lock Screen?

2. To switch the lock screens, you must swipe left or right in the Lock Screen picker.

That's it! This is how you can create an additional Lock screen in iOS 16.

If you have multiple lock screens on your iPhone and you use the Focus Mode, then it's a good idea to assign lock screens to Focus modes. When you trust lock screens to focus way, they change automatically depending on your selected focus mode.

This will assign the lock screen to your selected focus mode. Activating this focus mode will immediately switch your lock screen.

This article was written in cooperation with technicalustad.com