Israeli company farms fish in the heart of the desert

The world’s eyes are on Aquatech Fisheries, a company that has managed to raise thousands of tons of fish in the Negev without harming the environment.

Because deserts are extremely dry, it is hard for humans, animals or plants to live in them. So how is an Israeli fishery running an ecological fish farm in the Negev?

Aquatech Fisheries is living proof that fish can learn to swim in the sand, so to speak. According to the company’s CEO Mordi Laloush, “If we can raise fish in the heart of the desert, everywhere else should be easy.”

The eyes of other companies are starting to look toward Aquatech Fisheries, and Laloush said Aquatech is interested in transporting its success to other places – in Israel and around the world.

What started as a “Zionist idea,” said Laloush, could change the way fish are raised everywhere.

Aquatech Fisheries, founded in 2012, runs the country’s largest-scale ecological in-land fishery, raising Barramundi fish using what is known as Recirculating Aquaculture Systems (RAS) technology. The system allows for growing healthy fish at a low cost even in areas removed from major water sources. It’s ecologically friendly and chemical and antibiotic free, Laloush explained, and the fish (and therefore the humans who eat them) are healthier too.

“This is a technology that was originally developed to treat water. We learned how to raise fish using it,” Laloush explained, emphasizing that one of the things that makes it unique is that it addresses a growing problem: fish are disappearing from the sea.

The ability to increase fish production from the sea has been maximized, Laloush told The Jerusalem Post. Moreover, many sea-, pond- and ocean-based fish have unhealthy and sometimes toxic elements. At the same time, the majority of fish farms are harming the environment, dumping copious quantities of polluted water into the earth, lakes and oceans. 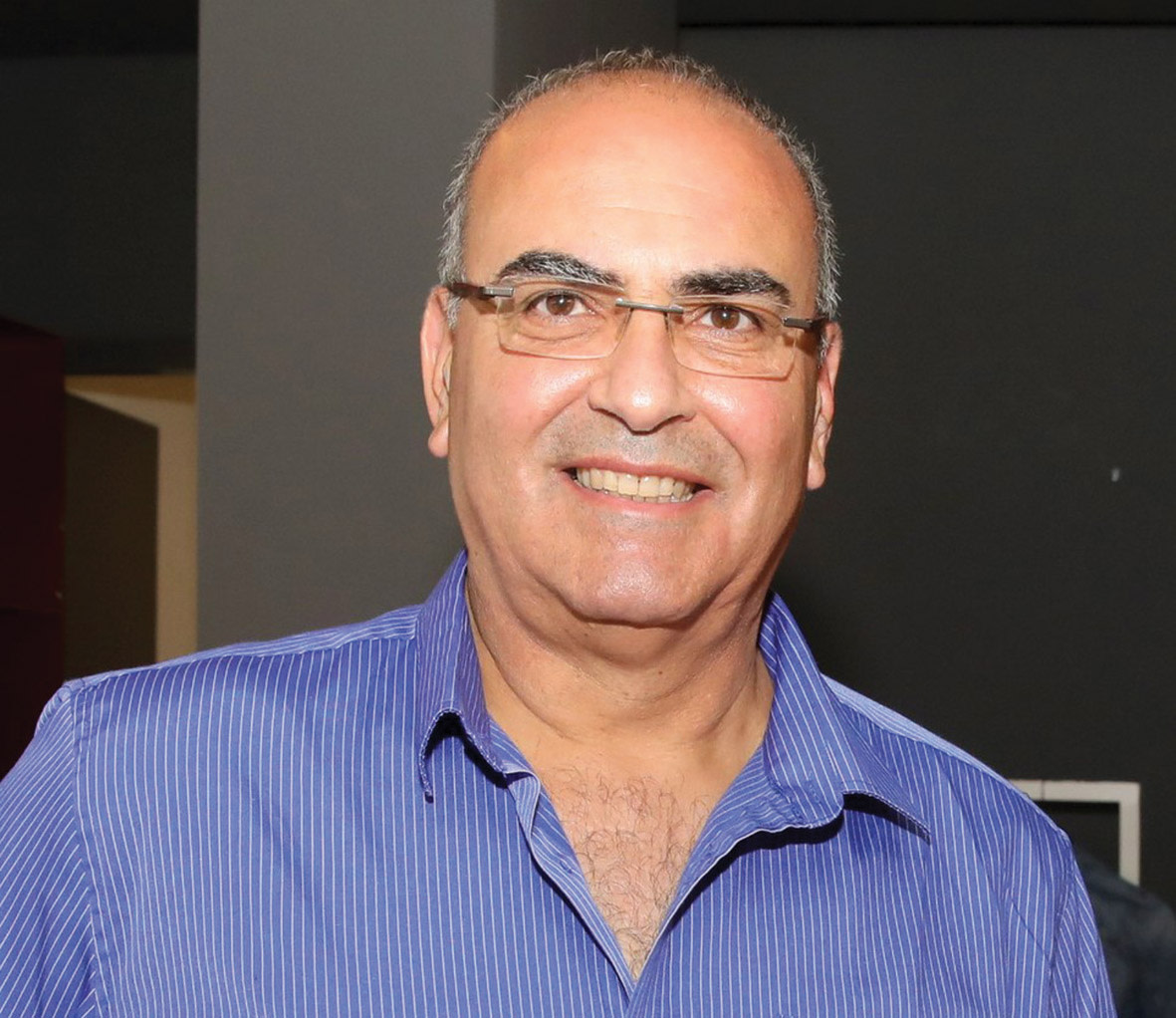 In Israel, there are added challenges, Laloush said: There are not even enough shores where fish can be raised, nor water nor land, which are precious and very scarce resources.

“RAS is a technology where water is recycled and reused after mechanical and biological filtration and removal of suspended matter and metabolites,” according to a definition provided by the National Fisheries Development Board in India, where the technology is also beginning to be used. “This method is used for high-density culture of various species of fish, utilizing minimum land area and water.”

Laloush said that traditionally fish farmers build open pools or ponds, which requires them to discharge and replace big amounts of water and to infuse the fish with antibiotics to ensure their health in such an environment. The pool’s water is dumped onto the environment during water changes, infusing the earth with chemicals.

The RAS system consumes almost no water. Most of the water is treated and recycled, however. The small quantities of discharged water rather than simply being dumped, it is routed to a nearby olive grove to irrigate its fruit trees.

“Our use of water on the ecological aquaculture farm is ten times less than the use of water in conventional ponds,” Laloush stressed.

“Land is also a valuable resource in Israel and here, too, we have a huge advantage,” Laloush said. “Our area is 10 times smaller than conventional ponds while the amount of fish we produce is the same.”

Aquatech was a global pioneer in using RAS technology. It is also at the forefront of using the system to farm Barramundi, a fish that has recently become popular in Israel. 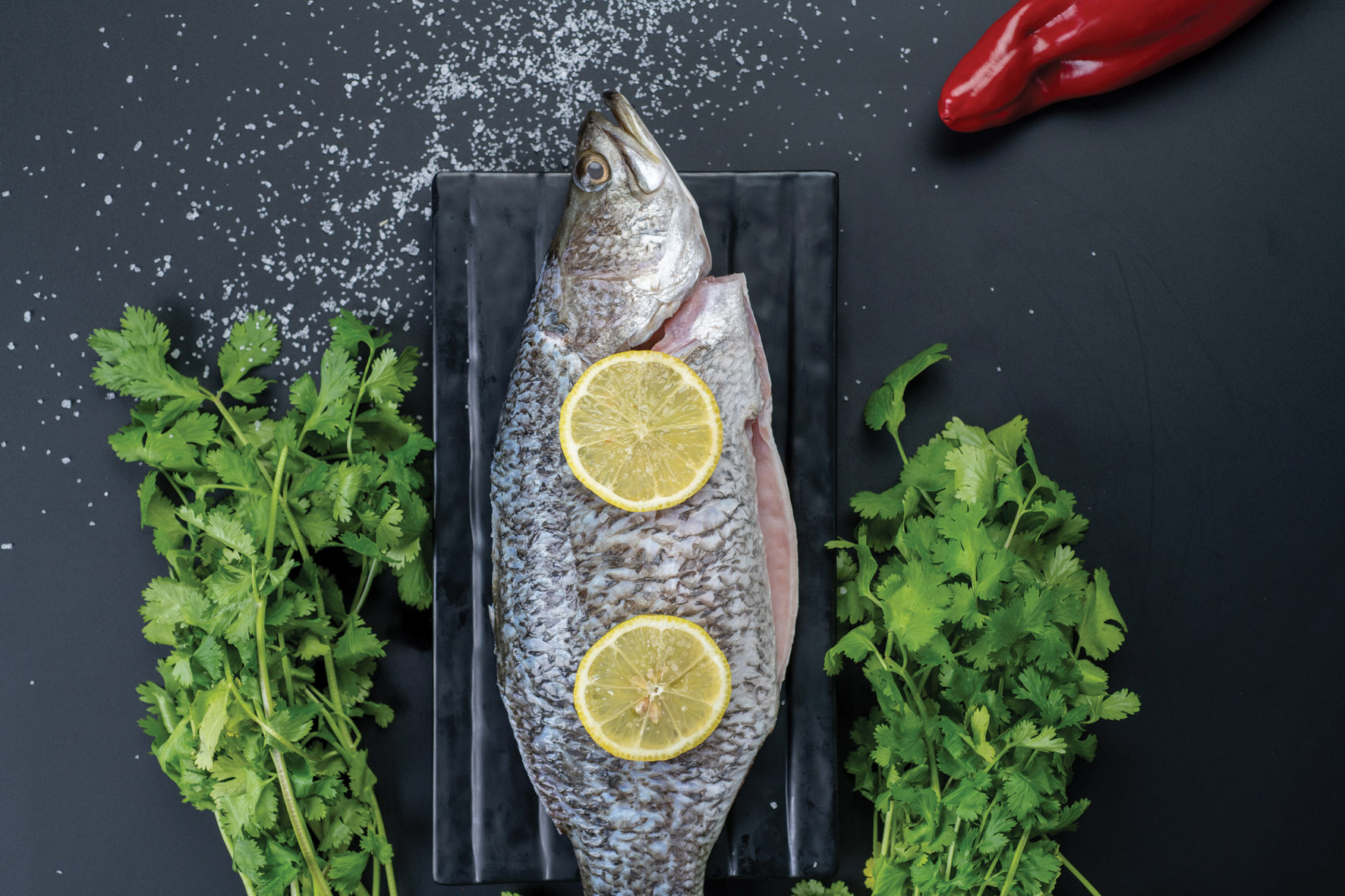 Barramundi fish from the ecological farm to your plate (Credit: Barramundi PR)

Another benefit of the RAS technology is that you can raise the fish near the marketplace and deliver them fresh, instead of flying them in from the other side of the world.

However, getting started was not without challenges.

First, he said, the company had to choose the right fish to ensure maximum effectiveness of the system. Then, it had to adapt the technology for its uses. But the hardest part was finding the right staff. He said fish farmers in a RAS company have to know biology, water chemistry and technological systems.

However, Laloush believes that Aquatech Fisheries will succeed.

“There are similar farms, but none of them reach the level of almost zero use of water while raising thousands of tons of fish,” he said. “This trend is taking shape in the world, but we are almost the only ones who have so far managed to crack it.”

He said Aquatech’s success has aroused widespread interest; now other companies see that it is possible to raise fish anywhere. The company is ready to find relevant partners and set up more ecological fish farms around the world.

“We have reached a point in time where we have the knowledge and are willing to pass it on,” he told the Post. “We  are seeking partnerships and leading the process of choosing the right design and technology, construction and system integration,  training staff and supporting the growth.”

He said that already several companies have turned to Aquatech Fisheries in the last year, from countries as close as the Gulf region and as far as the Far East and Russia.

“What happened in the farming industry in the last 30 or 40 years is now happening in aquaculture,” Laloush said. Fish farmers are going to be forced to transition from conventional farming to industrial ecological farming. For a country like Israel, this transition is already essential.

“We are a country without land and water,” Laloush said. “This solution is key to ensuring Israel’s food security.”

This article was written in cooperation with Aquatech Fisheries