Leket Israel provides Vitamin C for those in need

The national food bank’s new campaign aims to provide citrus foods that would otherwise go to waste to some 250,000 people nationwide

“About one third of all the food produced in Israel goes to waste, it’s a shame and it’s very unnecessary,” Joseph Gitler, founder, and chairman of Leket Israel recently told The Jerusalem Post.

Leket Israel is the leading food rescue organization in Israel, focusing on rescuing healthy, surplus food and delivering it to those in need through its network of partner non-profit organizations.

One of Leket’s main projects year-round is its gleaning initiative, which sends dozens of paid pickers into fields and orchards to gather produce that was donated or left un-picked by farmers.

“We are providing massive amounts of citrus fruits, full of vitamin C, to serve our partner agencies who will then serve to the people,” Gitler said.

Oranges, grapefruits, and mandarins – all citrus fruits that would otherwise go to waste if not for the work of Leket Israel. The campaign will eventually see citrus fruits picked directly from the fields and delivered to some 250 charities from Eilat to Metula, to serve approximately 250,000 people in need.

"This is an immense challenge and undertaking both on the fundraising side and on the logistical side," he said.

From finding the farmers that have crops they won’t be picking, to sending volunteers and paid pickers to pick the fruit, to storage in Leket's state-of-the-art warehouse, to packaging and distribution.

“We have doubled in size in the distribution of produce over the last two years with the goal to reach 65 million pounds this year," he said. "On the positive side we have a lot more fruits and vegetables at a time of heavy inflation that we can provide to those in need."

Yet the challenges remain. "This has required us to significantly expand our logistics - adding drivers, additional partner agencies around the country, and helping our partners grow by building their capacity - and even with all of this it has not been sufficient," he added.

As such, a little over a year ago, the organization launched a new initiative - making soups - to ensure that additional crops don't go to waste.

"We are producing on average about 10,000 soups every week for the past year," Gitler said. "The soups are made by an outside company who then packages them in half litre containers, freezes them and distributes them to our agency partners, where most are delivered to homebound elderly."

"As we enter the winter months, soup is not just healthy and filling, but also has a psychological effect that says we care about you," he added.

This massive undertaking is a huge step forward from the early days when Gitler would collect surplus food from event halls and army bases and personally drive them to deliver to charities.

"I was very concerned about poverty in Israel and on the other hand I was going to hotels and events and seeing the waste time and again, everybody was talking about it, but nobody was doing anything about it," he said. "To this day I am pretty shocked how such an activity in a country with so many charities didn't exist." 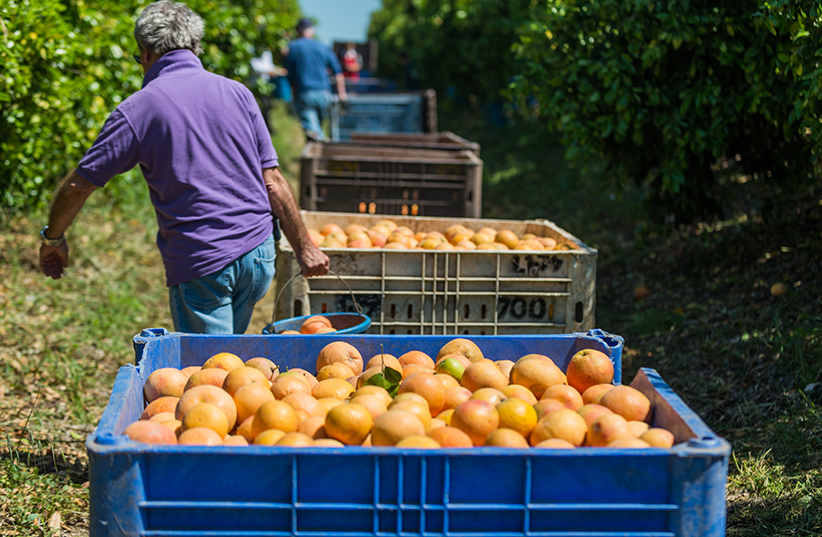 Though, 20 years later, with a massive logistical operation and with over 50,000 volunteers and 750 farmers partnering to help rescue food, Gitler said it is still “not enough.”

According to the organization's latest Food Waste and Rescue report, Israel wastes some 2.6 million tons of food annually, accounting for 37% of all food produced in the country.

The 7th annual report also found that the value of food lost in Israel stands at some NIS 21.3 billion, approximately 1.4% of the country’s GDP.

This translates to a loss of some NIS 675 per month per household in Israel.

I have seen for the last 20 years, since Leket began, the issues of food insecurity and food waste, and today people are much more knowledgeable about these issues," he said. "In my opinion, awareness today, since the coronavirus pandemic and due to the high cost of living, is through the roof. Everyone understands this is an issue, but sadly, people are still mostly careless."

Gitler explained that 50% of food waste occurs in the home. "People talk about it, many people today can't even afford food waste, but yet they continue to do so.”

In fact, the latest report also laid out recommended policy tools for the government to adopt to reduce food waste.  These included setting a national goal to reduce food loss by 50% by the year 2030 and the development of a national plan for food waste that would address the phenomenon at all stages of the value chain from the farmers to the consumers.

"Unfortunately, while the government supports the issue it does not remain a big priority and does not allocate the necessary funds to combat food waste," he said. "So, until it becomes a real national priority, we will continue to rescue as much food as we can to provide to those in need."

This article was written in cooperation with Leket Israel