Ohr Torah Stone's annual Torah learnathon to take place this week ahead of Shavuot, paying a fitting tribute to Rabbi Shlomo Riskin on his 82nd birthday

What began three years ago as an online effort in the midst of the pandemic has now become an annual event, and Ohr Torah Stone will once again be presenting its pre-Shavuot Learn-A-Thon in honor of the organization’s founder and Rosh HaYeshiva, Rabbi Shlomo Riskin's birthday. Rabbi Riskin will be turning 82 this year, and continues to inspire and educate Jews across Israel and around the world.

According to Ohr Torah Stone, the Torah learning marathon is a fitting tribute to Rabbi Riskin because the festival of Shavuot represents the essence of Judaism – the Torah as the heart and soul of the Jewish People – and Rabbi Riskin has dedicated his entire life to bringing Torah into people’s hearts and souls in a way that is accessible, meaningful and relevant.

Rabbi Riskin has reinvigorated Jewish life in Israel and throughout the world through innovative educational, leadership and outreach programs, engaging hundreds of thousands of people with their Jewish heritage.  Today, thanks to Rabbi Riskin’s far-reaching vision, Ohr Torah Stone’s institutions are on the front lines of Jewish life, learning and leadership, offering guidance on new challenges, bringing communities together, providing comfort and responding to critical challenges and needs – in Israel and throughout all corners of the globe.

The 12-hour Learn-A-Thon program will be available online via four Zoom channels, and will feature classes by dozens of Ohr Torah Stone’s stellar team of rabbis, rabbaniyot, educators, shlichim (emissaries around the world) and alumni. They will be tapping in to a wide range of topics and addressing a variety of subjects, both philosophical and practical, in Hebrew, English, Spanish, French, Italian, German and Portuguese, geared toward the participation of people from different countries and time zones.

Ohr Torah Stone’s President and Rosh HaYeshiva Rabbi Dr. Kenneth Brander will be tackling a particularly pertinent issue with an examination of whether or not free speech is a halachic value. "The topic of free speech is one of the most challenging issues in today's era, where social media platforms serve as a hotbed for the proliferation of hate speech and incitement which often leads to tragedy," he said. "We'll take a look at when free speech begins to undermine the goals of a free society, and what Jewish law has to say on the issue."

Other lectures will include explorations of mental health, holiness and modesty, Jewish law and society in harvest season, a rabbi's experiences in interreligious dialogue, prayer, ethical behavior, educating toward continuity, and various subjects relating to the festival of Shavuot, its principles and customs. 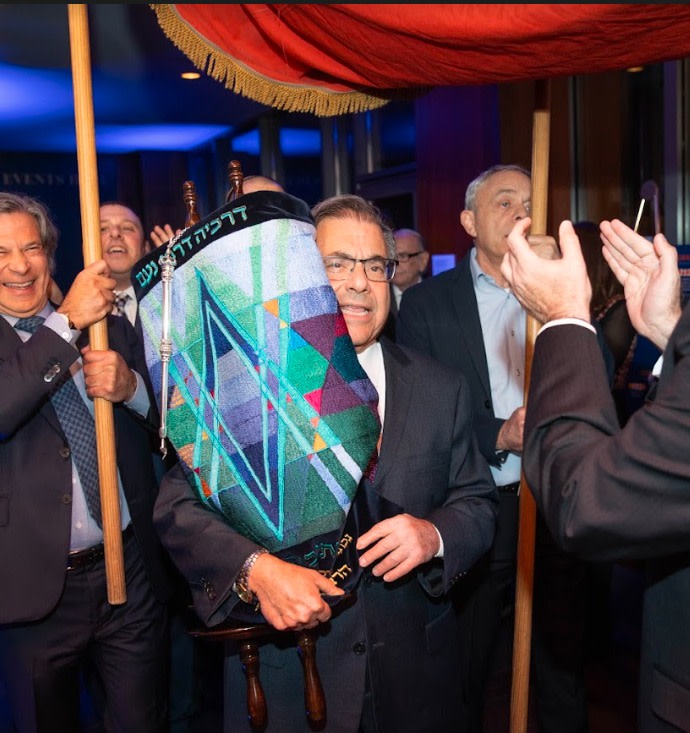 The classes will be presented by representatives of Ohr Torah Stone’s 30 institutions and programs, as well as several of the organization's 266 rabbinical and educational emissaries serving across the globe – idealistic young men and women whose roles have taken on increased importance over the course of the pandemic, as well as in response to challenges such as the ongoing war in Ukraine.

"The annual Shavuot program is in many ways designed to be a practical realization of Rabbi Riskin’s enormous contribution to Jewish education and society,” Rabbi Brander explains.  “We are privileged to continue to be inspired by a visionary figure who has made the Torah alive, accessible and relevant to hundreds of thousands of people from all around the world and so many different walks of life. There is likely no more appropriate way to celebrate Rabbi Riskin’s birthday each year than by taking time on the eve of Shavuot to learn, implementing his legacy in so many transformative and impactful ways."

According to Rabbi Riskin, the inaugural Torah Learn-a-Thon was "the best birthday present of my life.  In previous generations, people studied Torah based on the authority of those who came before them. Today, my job is to teach a Torah of loving-kindness; to teach that through Torah, we can live the most meaningful life possible.  If I can demonstrate that through Torah people can live meaningful lives, then I believe my students will continue to study. The Torah is the best way to bring love and chesed to all of humanity.”

For more information and the full program: Ohr Torah Stone

This article was written in cooperation with Ohr Torah Stone