The 21st Maccabiah – wrap-up and review

From the appearance by US President Joe Biden at the Opening Ceremonies to the record number of Jewish athletes from around the world who participated, the 21st Maccabiah Games were a spectacular success. By the numbers alone, the Maccabiah was a remarkably successful event. Ten thousand athletes in 62 delegations competed for 2,100 medals in 29 different sports, encompassing 42 disciplines.

But the 2022 Maccabiah Games cannot be described by mere statistics. The resumption of the games after a one-year delay due to the pandemic – the games were scheduled for 2021 – injected this year’s events with an extra dose of unbridled joy and happiness that could be clearly seen on the faces of the 30,000 spectators and the athletes at the Opening Ceremonies held at Jerusalem’s Teddy Stadium on Thursday evening, July 14. The audience thrilled to musical performances by Israeli superstars, including Eden Ben Zaken, Hanan Ben-Ari, the duo of Static and Ben El, who performed “Carnival,” the official song of the Maccabiah, and others. President Biden, the first US president to attend the Maccabiah, received a warm welcome from the crowd and spoke with the delegation of 1,400 US athletes at the ceremonies.

Thousands of athletes of all ages marched into the stadium with their official delegations, fireworks were launched, and the ceremonial torch of the Maccabiah marking the opening of the Games was lit by Israeli Olympic gold medalists Linoy Ashram and Artem Dolgopyat. The Maccabiah torch was brought from Modi’in, birthplace of Judah Maccabee, who led the rebellion against the Syrian-Greeks and rededicated the Second Temple in 164 BCE.

The 2022 Maccabiah Games inaugurated five new sports, including wave surfing, climbing, three-on-three basketball, motocross and paddleball, and weightlifting was reintroduced to the list of sports. New sports for women included ice hockey, soccer and futsal. The Maccabiah events were held in eighteen different cities, enabling Israelis throughout the country to watch and enjoy sports competitions. One of the more unusual sporting events was the super enduro urban race – a two-wheeled motorsport focused on the endurance of the rider and the machine. Enduro racing is an extreme motorcycle competition that takes place in city centers, with the race using the existing natural urban route and allowing fun, comfortable viewing for the audience. The enduro race was held at the National Park in Ramat Gan on July 19. Other interesting venues included the Maccabiah Village at Poleg Beach in Netanya, which featured eight days of professional sports tournaments, music, children’s plays, unique culinary experience and family activities, and the finals of the ice hockey tournament, held in the Pais Arena in Jerusalem. Fans were asked to bring stuffed animals to the game and throw them toward the rink after the first goal was scored. The stuffed animals were taken off the ice and donated to children in need. Another event of note at the game that took place off the ice was a marriage proposal offered in the arena. 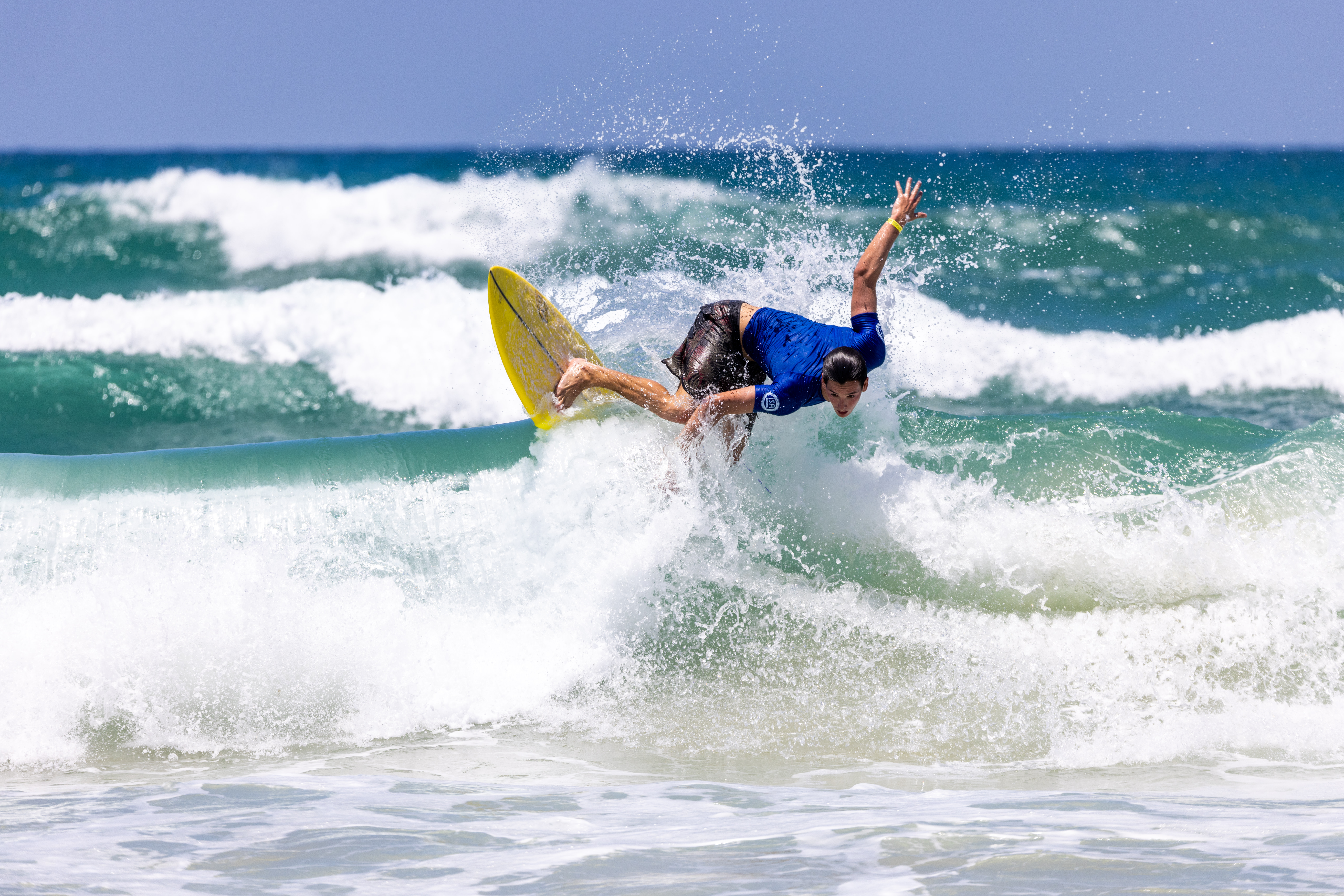 Three Maccabiah records were broken at this year’s games. Israeli Bar Soloveychik broke the existing record that had stood for thirty-three years in the 400-meter freestyle, winning in a record time of 3:54.75. After the race, Soloveychik said, “I feel very proud to compete in the Maccabiah and break the Maccabiah record, especially since it is a very special record that has stood for decades. I am very excited about upcoming competitions and am counting the days to the European Championship in Rome next month.”

Denis Petrashov, an Olympic swimmer from Kyrgyzstan, won the 100-meter breaststroke in a time of 1:00.46, improving on the record that had been set in the previous Maccabiah by American B.J Johnson. The third record time was turned in by 17-year-old Israeli Ofir Rakah, who won the 200-meter butterfly in a time of 2:16.31, besting the previous record set in 2017 by Keren Zivner.

Another notable achievement by Israeli athletes at this Maccabiah was the participation of the Israeli baseball team in the gold medal game against the United States. This marked the first time Israel had advanced to the championship game in baseball since the sport was added to the Maccabiah in 1981.

While the Maccabiah hosts more traditional sports such as swimming, basketball, soccer and cycling, this year, the 2022 Games featured the sport of Ninja for the very first time. Ninja is an obstacle course racing sport that includes rock climbing, parkour and gymnastics.

First held in 1932, the Maccabiah is known to some as the “Jewish Olympics.” The first Maccabiah Games were dubbed the “White Horse Olympics” because Tel Aviv mayor Meir Dizengoff led a parade in honor of the Games through the city streets while riding a white horse. The Maccabiah torch was first brought from Modi’in for the 1953 Games.

The Maccabiah Games are the second-largest sports gathering in the world by the number of participants and are open to Jewish athletes from around the world, and Israeli athletes of any religion. A number of notable Jewish athletes have competed in the Maccabiah Games, including swimmers Mark Spitz and Jason Lezak, gymnasts Mitch Gaylord and Aly Raisman, golfer Corey Pavin, basketball players Ernie Grunfeld and Danny Shayes and tennis player Dick Savitt. For the first time, this year’s Maccabiah was broadcast live worldwide.

The 21st Maccabiah Games came to a close on Monday evening, July 25, with a colorful ceremony at Live Park in Rishon LeZion. Participants and audience members sang Hatikvah, and musical performances took the spotlight, featuring top Israeli artists, including Noa Kirel and others. Athletes, coaches, and all involved danced in celebration at the conclusion. Participants and sports fans can’t wait for 2025, when the next Maccabiah begins.

This article was written in cooperation with Maccabiah
Advertisement
Hot Opinion