The zionist ideals of Reichman University

"The combination of academic excellence and Zionism is something which characterizes Reichman University as being very special,” Jonathan Davis, Vice President of External Relations and Head of the Raphael Recanati International School at Reichman University recently told The Jerusalem Post.

Sitting in his office, adorned with Zionist posters and figures, on the Reichman University campus in Herzliya, Davis said that it has been 125 years since the creation of the Zionist movement and that, “Reichman University is a great believer in humanistic Zionism.”

“Prof. Uriel Reichman established the mission statement of the university based on the principals of a Jewish and democratic state by the people and for the people with the minority in mind together with the theme of freedom and responsibility,” he said.  Drawing upon some of the “forefathers” of Israel including Theodore Herzl, Vladimir Jabotinsky, David Ben Gurion and Menachem Begin.

The university was founded in 1994 as the Interdisciplinary Center in Herzliya with some 240 students initially enrolled. Today, the school has more than 8,000 students, including some 2,100 students from over 90 countries studying in English at The Raphael Recanati International School.

"The importance of the international school is of great Zionist proportion to the State of Israel since more than 60% of the participants actually end up immigrating to Israel and contribute greatly to the future of the country and those who go back home to their respective countries become great ambassadors for the State of Israel," he said.

Davis called this a "win-win for Israel, the Jewish people and the world at large."

Additionally, he said, some 300 lone soldiers are enrolled in the International School. 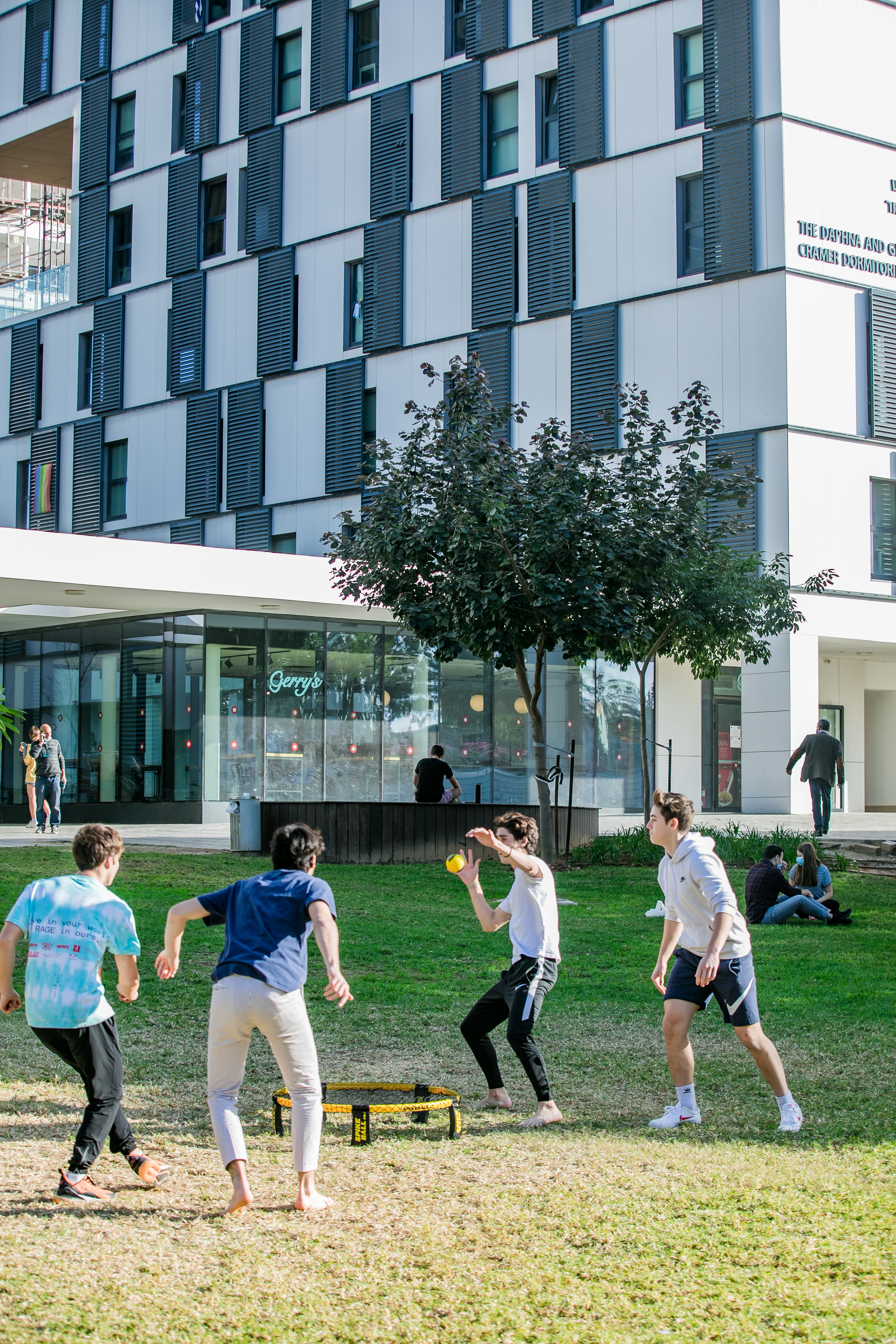 "We pride ourselves to take our students by hand to navigate through the maze of Israeli bureaucracy, the various ministries that provide obstacles that really shouldn’t exist but do exist," he said. “I consider this to be another Zionist ideal.”

On a personal note, Davis, a former lone soldier serving in the IDF’s paratrooper reconnaissance platoon, said it was a “dream come true” to be appointed as head of the International School and to help establish the school.

“It is a coming around full circle,” he said.

“The International School and Reichman University had the wisdom to provide practically the same degrees in both the Hebrew and English language," he explained. "This demanded a great investment on the part of the university, but this was part of the Zionist ideal since we know that a vast majority of the people who would like to study full time around the world have not mastered the Hebrew language."

Indeed, the university has over the years offered undergraduate and graduate degrees, including PhDs, both in Hebrew and in English, recognized by the Council for Higher Education (CHE).

"The pinnacle took place two years ago when the CHE recognized Reichman University as a fully-fledged university in the country," he said. "The first private and non-profit university to be recognized as such."

"This is a huge statement that the first academic institution of the State of Israel, which is recognized by the CHE, in spite of the fact that it is not supported or subsidized by the Israeli government," he added.

However, the university has not stopped there.

"In addition to all the various schools at the university, Prof. Reichman is now busy establishing a medical school at Reichman University, which will be the first private and non-profit medical school in the country," Davis said.

The university has already established all the pre-med courses this year, taught in a pre-med division and Davis said that within the next couple of years, by 2024/25, the medical school will officially be established on the university's Herzliya campus in collaboration with leading hospitals.

“A new dean for the school has already been selected, prof. Arnon Afek, the former director-general of the Ministry of Health and the Deputy Director of Sheba Hospital,” he said.

In looking to the future of the university, Davis says he continues to draw from the past.

“Prof. Uriel Reichman established RU in order to educate a cadre of future leaders for the State of Israel, the Jewish People and the world at large,” he said. “We will continue to incorporate our Zionist philosophy, whether in the medical school or the International School, and in always striving for academic excellence.”