A Treasure Trove for tourists

By NICOLE JANSEZIAN (TRAVELUJAH)
OCTOBER 28, 2010 12:14
Nablus Shuk 311
(photo credit: Travelujah)
Advertisement
Travelujah is a Christian social network focused on fostering a deeper connection with faith through Holy Land tours.  Plan, learn and share your holy land experiences on TravelujahFor years, fear of violence and difficulty in travel deterred tourists from traveling to the West Bank. Recently, however, more and more visitors are venturing beyond traditional sites in Israel and discovering a land rich with Christian tourist treasures in Palestinian areas. 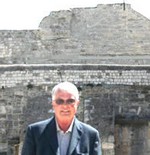 From Jericho to Nablus and Jenin in the north to Hebron and Bethlehem in the south, the Palestinian Authority is benefiting from an upswing in tourism to Israel. Out of the 3 million tourists that came to Israel, more than half visited Bethlehem last year. In 2009, 1.7 million foreign tourists visited the West Bank. The Palestinian Central Bureau of Statistics reported that the number of guests staying in Palestinian hotels tripled since 2006  to over 450,000 people. So far 2010 could outperform last year’s record with the year’s first two quarters on pace to surpass 2009.  Ibrahim Hafi, general director of Palestinian Tourism Services, said the Palestinians are already feeling a positive effect of the changes. And with better policing in the territories, it is much safer these days.   “You can come and go easily. In the past three years, nothing bad has happened,” he said. Five years ago maybe there were some problems. Today, you will notice there is a difference.”  Many of the sites rich in biblical significance are in the West Bank. Jericho is the oldest continuously inhabited city in the world and is home to the Mount of Temptation, where Jesus fasted for 40 days and was tempted by Satan. Nearby on the banks of the Jordan river is Qasr El Yahud, the site where John the Baptist baptized Jesus. In Nablus is Joseph’s Tomb, Jacob’s Well and an ancient Samaritan community and its church. Nearby Sebastia is home to ruins from six successive cultures dating back 10,000 years. On the outskirts of Jenin is a church partially built into a cave where Jesus is believed to have healed the 10 lepers. The Cave of the Patriarchs, the burial place of Abraham, Sarah, Isaac, Rebekah, Jacob and Leah, is in Hebron.
“With Christians representing more than 60 percent of tourism arrivals, Christian tourism is the largest and fastest growing segment of tourism to the Holy Land and affords the greatest opportunity for future growth,” said Elisa Moed, CEO of Travelujah. If Christian tours were to include sites in Jericho, Hebron and Nablus, tours would be more diverse and, offered together in cooperation with Israelis and including sites in Israel these visits would help to not only drive the Palestinian tourism sector, but drive the region as a whole.”While the intifada raged from 2000 to 2005, holy sites in Palestinian areas fell by the wayside in terms of tourism. Even Bethlehem, the birthplace of Jesus, suffered from a drastic drop in visitors as a majority of tourists to the Holy Land avoided the West Bank and stuck to sites within Israel.   “I was a little worried about going back to Bethlehem late last year, but this time, I experienced nothing but friendliness from the people there,” said Dan Wooding, the founder and international director of Assist News. “This visit to Bethlehem, was completely different to the one I made back in 2001. Then, we were held up by Palestinian gunmen. This last trip to Bethlehem was completely different – I went on my own – and the town was completely peaceful.” Tim Williams, movement and access adviser for the Quartet, said that Israel and the West Bank should be viewed as a single tourism unit. One of the Quartet’s goals is to enable tour operators to approach Holy Land tourism cohesively. With the Quartet’s urging in the past two years, additional crossings into Bethlehem for tourists were promised, the northern checkpoint Jalameh has been opened, several West Bank checkpoints and roadblocks have been removed, Israeli tour guides are now allowed into Bethlehem and Jericho, and a route called the Footsteps of Christ is being promoted, starting from Nazareth in Israel, leading south to Jericho and Bethlehem.  Nicole Jansezian writes for  Travelujah, a Christian social network focused on fostering a deeper connection with faith through Holy Land tours. You can plan, learn and share your holy land experiences on Travelujah.
Advertisement
Subscribe for our daily newsletter