Off the Beaten Track: Room fit for a crusader king

The Efendi Hotel in Acre has been named one of the 50 best hotels in the world.

By JOE YUDIN
AUGUST 23, 2012 14:17
The Efendi hotel 370
(photo credit: Joe Yudin)
Advertisement
Joe Yudin owns Touring Israel, a company that specializes in “Lifestyle” tours of Israel.
“In 1286 when King Henry came to Acre, he held a feast lasting fifteen days at the Auberge of the Hospital of St. John. And it was the most splendid feast they had seen for a hundred years…” – The Templar of Tyre in Gestes de ChiproisUnfortunately for the crusading knights, their empire would soon crumble and their capital city, Acre, would be overrun, destroyed and rebuilt several times by Muslim invaders. Acre, or Akko as it is known locally, has a rich history dating back more than 4,000 years. It is one of the oldest continually inhabited cities in the world. Canaanites, Israelites, Phoenicians, Greeks, Jews, Romans, Byzantines and Arab rulers all left their marks on the city, but it was the Crusaders, Mamluks and Ottomans whose architecture endure until this day. The Old City of Acre is a national park and UNESCO World Heritage Site. Many of its sites are famous and well worth a visit such as the Knights Hall, the Arab Shuk, Jazzar Pasha Mosque, the Old Port, The Templar Tunnels, Tunisian Synagogue, Humus Said, the Turkish Baths, the walls and moats among others. But to really get a feel for how some of the royalty lived in Acre throughout the Middle Ages and Ottoman Empire, one must spend some time in this ancient city by the sea. One way to do that is to relax and tour in style at the newly opened Efendi Hotel at the heart of the Old City. 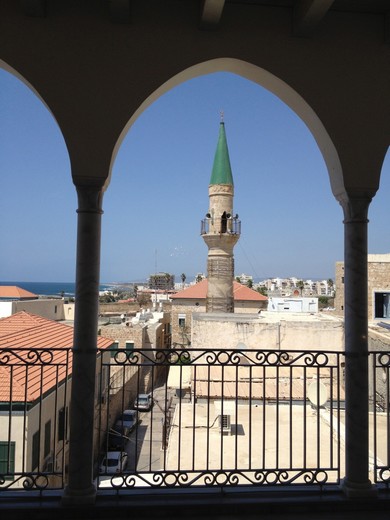 The Efendi Hotel (Joe Yudin)The Efendi Hotel is one of the best examples of Israel’s new fascination with small, luxurious boutique hotels.The hotel is accessible by car but due to a shortage of parking space in the surrounding area, the hotel’s porters meet guests in the nearby parking via Acre’s narrow lanes. The effect is that even before entering the hotel itself the guest is gently immersed into the authentic atmosphere of this ancient Middle Eastern town on the Mediterranean where little has changed in centuries. 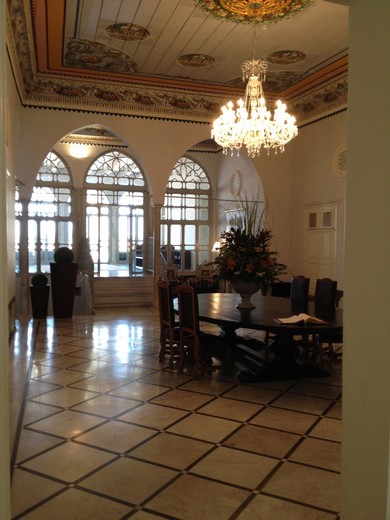 The Efendi Hotel (Joe Yudin)Opened in early 2012, and awarded one of the 50 best new hotels in the world for 2012 by Travel & Leisure magazine, The Efendi Hotel is the pet project of successful Israeli restaurateur, Uri Jeremias. A visit to his famous “Uri Buri” seafood restaurant nearby is highly recommended. The hotel is a product of eight years of painstaking restoration work. The basic structure is made up of two connecting houses that date back hundreds of years and much of the original buildings’ features have been restored, such as the 400-year-old Turkish Bath or “Hamam” and the wine cellar dating back to Crusader times. The hotel consists of 12 rooms – each unique and featuring enormously high ceilings, some with colorful frescoes, tasteful furnishings and a 5 star ambiance that is of an international standard rarely encountered in Israel. 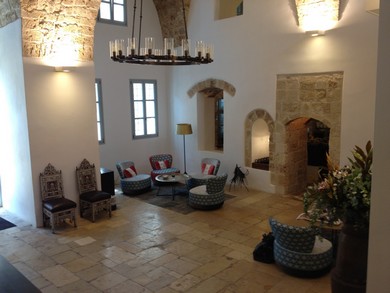 The Efendi Hotel (Joe Yudin)There are several large lobbies separating the rooms, which give this relatively small hotel the feeling of being a much larger property. Since the old city of Acre is situated on a mini peninsula, many of the rooms have sea views (or at least glimpses). The rooftop features a stunning 360 degree panorama of the surrounding area including the Mediterranean and the hills of the Galilee.One of the biggest mistakes that tourists make - both local and foreigners - is to visit Acre as an hour or two stop during a whirlwind tour of the Galilee. The Efendi hotel allows the upscale tourist to discover Acre as it should be discovered: slowly.The Efendi Hotel
Louis IX Strett, Old Acre 24124Tel: (07) 472-99799http://www.efendi-hotel.com/Joe Yudin became a licensed tour guide in 1999. He completed his Master’s degree at the University of Haifa in the Land  of Israel Studies and is currently studying toward a PhD.Follow @JPost_Lifestyle
Advertisement
Subscribe for our daily newsletter