Budapest is full of painful memories for Jews, but also the birthplace of modern Zionism and the home of heroes.

By TANYA POWELL-JONES
Danube river in central Budapest 370
(photo credit: Laszlo Balogh / Reuters)
Advertisement
Budapest has the largest Jewish population in Eastern Europe and one of the biggest synagogues on the planet. It’s not surprising considering that Jewish presence in Hungary dates back as early as 1407 in Pest. Since the late 19th century Budapest has been the united towns of Buda, Obuda and Pest, each with their own Jewish community.Due to the destruction to Budapest’s Jewish community during World War II many of the Jewish sites are memorials to the victims or accolades to the individuals who protected them. Eating kosher here is not difficult and there’s the oldest ruin pub in the city to relax and have a beer in to round off a day of sightseeing.To start the day, head to one of the landmarks of Pest, the splendid Dohány synagogue. This is the second largest synagogue in the world and upon entering you’ll see the rich interior and vast scale of this building. 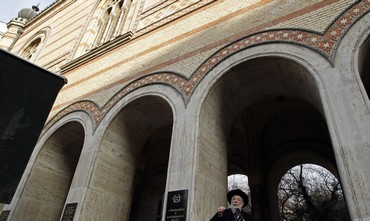 Dohány synagogue, Budapest (Reuters)Walking around the synagogue there are few reminders of the building’s rich but tragic history. Unfortunately, during World War II the synagogue became part of a Nazi military district in Hungary. At this time, Adolph Eichmann, the infamous Nazi who helped plan the “Final Solution,” drew up his plans from an office in the synagogue, by then a walled ghetto.In contrast, Theodor Herzl, the father of modern Zionism, was born in one of the buildings that surround the synagogue. The actual apartment where Herzl was born is no longer standing but there is a plaque with writing in Hungarian, Hebrew and English on an outside pillar that reads: “Here was the house where Theodore Herzl was born.”To the left of the synagogue is the Jewish Museum, which houses a memorial room and displays about Jewish culture. Both The Dohany Synagogue and the Jewish Museum are located at 1074 Budapest, Dohány Street 2.Next there is one of the most moving memorials I’ve ever come across. On the banks of the river Danube lies "The Shoes on the Danube" memorial, created by Hungarian sculptor Gyula Pauer and his friend Can Togay in 2005. 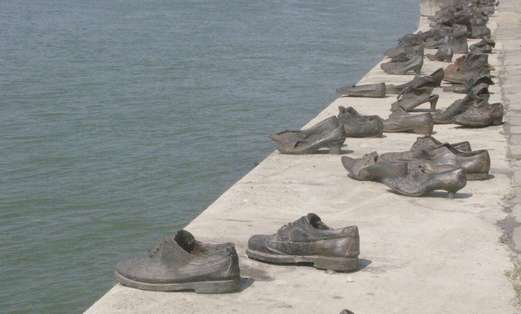 The memorial remembers the Budapest Jews who were lined up and shot into the Danube River by Arrow Cross militiamen between 1944 and 1945. They had to take their shoes off, since shoes were valuable belongings at the time. There are 60 pairs of rusted period shoes cast out of iron on display. Different sizes and styles reflect how nobody was spared.To get to the memorial take Streetcar 2 either to Széchenyi István tér or to Kossuth tér.With a big Jewish population there are a few good options for a kosher lunch. One such option is the Fröchlich Café on Dob utca 22. The cafe makes old Jewish favorites as well as holiday sweets. There is also the Carmel Pince on Dob utca 31. This is more of an upscale kosher restaurant near the Synagogue. The cost of both places for lunch is around 35 euros.For the afternoon why not take a look at how Carl Lutz and Raoul Wallenberg, both former residents of the city, became some of the most revered men in Jewish history. 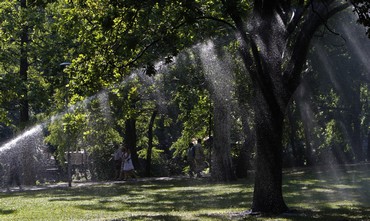 City Park, Budapest (Rueters)After lunch head to The Glass House. During World War II this place became a center for accommodating up to 3,000 Jews and was the headquarters for the Zionist Youth Movement. This was all possible because of Carl Lutz, who was appointed, in 1942, as Swiss vice-consul in Budapest. He set up numerous safe houses by declaring them annexes of the Swiss legation and thus off-limits to Hungarian forces or Nazi soldiers. Lutz’s actions are credited with saving over 62,000 Jews and in 1964, he was awarded the title of Righteous Among the Nations by Yad Vashem.The memorial room is in the garage section of the house. Walking inside, it’s possible to view documents and other exhibits. The memorial is open daily and admission is free of charge. The Glass House is located in Budapest's 5th, Vadasz utca 29. The closest metro stations are Arany Janos utca or Kossuth Lajos ter.For the rest of the afternoon Budapest has a number of parks left to visit and some of them feature famous memorials to Raoul Wallenberg. He was a Swedish diplomat who is widely remembered for his humanitarian activity on behalf of the Hungarian Jews in Budapest at the end of World War II. To date, there exist more than 30 Wallenberg monuments in 12 countries on 5 continents. One such monument can be found in St. István Park and is called The Snake Killer.  I found this one of the more interesting monuments to see since the work reflects a real David and Goliath type struggle.For the evening there are a couple of options for dinner such as Hannah’s kosher restaurant on Dob utca 35, Budapest 1074. The restaurant is inside the Orthodox synagogue compound on Kazinsci street. The decor is lacking but the food is as traditional as you can get. The average cost is 30 euros per person. A non-kosher and slightly different option is dinner on the Danube. This costs just under 40 euros per person. For this you will be served a buffet-type dinner and given the opportunity to see the city by night. For me, the food was much better than I had expected but as this is a popular tourist option there’s a very tacky element to the whole experience.To close the day, head to Szimpla Kert on Kazinczy utca 14. This quirky place is Budapest’s oldest ruin pub. A quick word of warning, if you’re looking to sit comfortably then you may want to give the chopped up bath tub reincarnated as a couple of armchairs a miss.The Jewish Virtual Library contributed to this report.Follow Tanya on Twitter - @TPowellJones
[email protected]
Advertisement
Subscribe for our daily newsletter