By OREN KESSLER
NOVEMBER 20, 2011 06:28
Hamburg's Elbphilharmonie concert hall 311
(photo credit: Courtesy Hamburg Marketing)
Advertisement
Mention Germany and most travelers think of Berlin’s museums and night spots, Munich’s beer halls and the awe-inspiring cathedral of Cologne. Often overlooked is Hamburg – the country’s second-largest city, Europe’s third-largest port and a burgeoning cultural center in its own right.Hamburg (population 1.8 million) is Germany’s media hub, home to venerable publications like Der Spiegel, Die Welt and Die Zeit. A 1,200-year-old city, Hamburg was by the 19th century one of the world’s most important ports, strategically situated at the junction of the Elbe and Alster rivers and just kilometers from the North Sea.For over a century the Free and Hanseatic City of Hamburg – to its use full name – was a key departure point for millions of Germans and Eastern Europeans, including Jews, departing for the New World.The Port of Hamburg remains a focal point for the city, but the complex is currently undergoing a makeover that would render it unrecognizable to the tea and tobacco traders of old.The flagship of the area’s renovation is the Elbphilharmonie, an extraordinary concert hall at the tip of the port complex, jutting out into the river and – at 110 meters – up into the sky. The project’s cornerstone was laid in 2007, and construction is expected to be completed within a few years. Building is behind-schedule and over-budget, but planners say the final result will put to rest any linger doubts over whether the city had overreached. Like the Sydney Opera House, they say, the Elbphilharmonie will serve as an icon for Hamburg that will be recognized the world over. 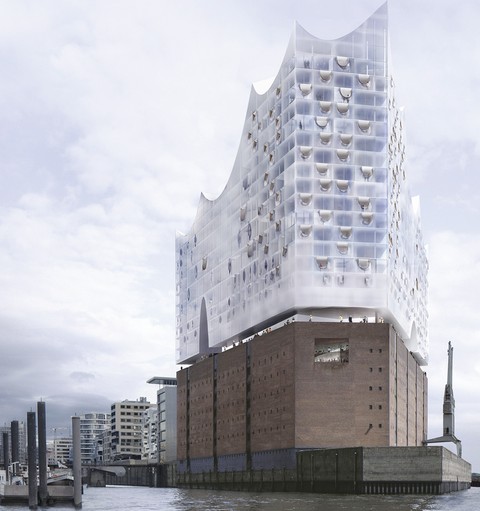