This is a “principled and strategic” stand, Israel’s Ambassador to UNESCO in Paris Carmel Shama HaCohen said on Saturday. 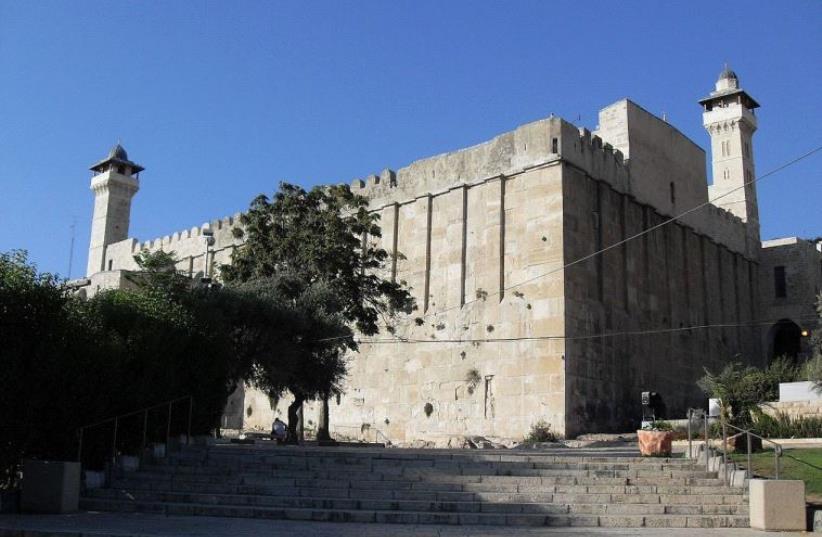 Southern view of the Cave of the Patriarchs
(photo credit: WIKIMEDIA)
Advertisement
Israel is refusing to allow a UNESCO investigatory team to make a field visit to Hebron in advance of a pending July vote to register its Old City on the list of World Heritage in Danger under the “State of Palestine.”This is a “principled and strategic” stand, Israel’s Ambassador to UNESCO in Paris, Carmel Shama Hacohen, said on Saturday.Hebron’s Old City, including the Tomb of the Patriarchs, is one of 35 sites the World Heritage Committee plans to consider for inscription on the World Heritage List when it meets in Krakow, Poland, July 2-12.The Palestinian Authority has fast tracked the inscription process by claiming that the site is endangered.Since UNESCO recognized Palestine as a member state in 2011, the Palestinian Authority has similarly fast tracked inscription of two other sites on the list of World Heritage in Danger – the Church of the Nativity and Pilgrimage Route in Bethlehem in 2012 and the ancient terraces of Battir in 2014.The International Council on Monuments and Sites, a professional body that investigates nomination requests and provides recommendations for inscription on the list of World Heritage in Danger, had recommended, after making field visits to both sites, that those nominations go through the normal process.This time, Israel has rejected its request to make a field visit to Hebron, including a refusal to grant entry visas to Israel for the group, Shama Hacohen said.The 21-member World Heritage Committee rejected the ICOMOS conclusions not to place the Church of the Nativity and terraces of Battir on its endangered list, Shama Hacohen said.Therefore, it’s “a shame to waste the time and money” of the ICOMOS committee whose recommendations are otherwise typically adhered to with regard to the inscription process, Shama Hacohen said.“Israel won’t take part in and won’t legitimize any Palestinian political moves under the guise of culture and heritage,” he said.The only steps it will take is to wage a diplomatic campaign to organize a large majority to block a process filled with “lies that plots against the state of Israel as well as the history and the connection of the Jewish people to this important holy site,” Shama Hacohen added.“We are in the midst of a campaign against the opening of an additional Palestinian front in the religious and cultural war they are trying to force on us.”The PA has warned that Israeli actions have placed the Herodian structure and Hebron’s historic Old City in danger and has provided UNESCO with a list of complaints that includes placement of road blocks and checkpoints; the tear gas used to quell Palestinian demonstrations; and failure to make necessary repairs. It has included on that list recent attempts by the Jewish residents of the city to purchase property on Shuhadah Street.Israel has rejected all claims that it has harmed the Tomb or the structures in the Old City, and has further argued that Israel’s military control of that area of the city is based on a 1997 agreement with the PA.