Rivlin calls for talks with Palestinians, says he would meet Abbas

"We need to find a way to build mutual trust," president says. 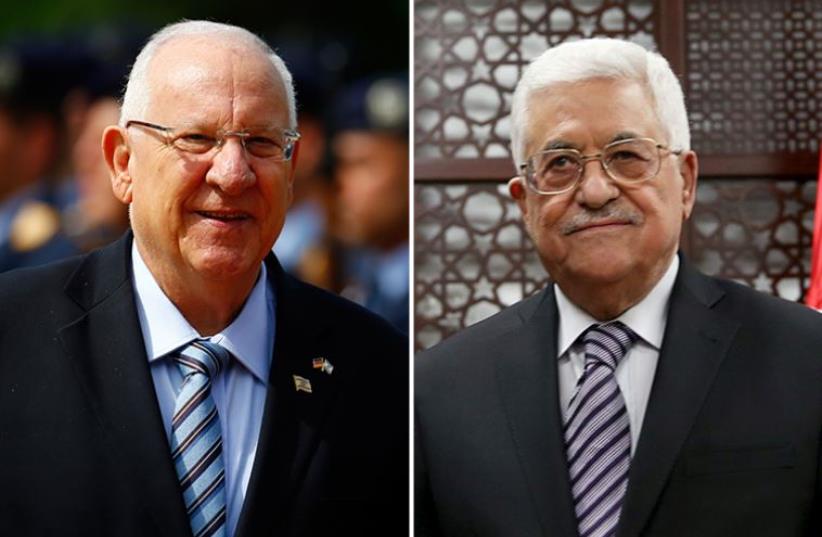 Rivlin and Abbas
(photo credit: REUTERS)
President Reuven Rivlin spoke on Monday of the need for direct negotiations between Israel and the Palestinians and said he was willing to meet Palestinian Authority President Mahmoud Abbas to further this goal. "Without mutual trust between the sides there won't be negotiations and there won't be a solution," Rivlin said during a statement in the presence of visiting Czech Foreign Minister Lubomir Zaoralek The president said that he listened to Abbas' recent address, calling the Palestinian leader's words a "little more promising."  Last week, Abbas said he was working to stop Palestinian knife attacks and other street violence against Israel and had offered to meet Prime Minister Benjamin Netanyahu to restart peace efforts."He [Abbas] said he believed that it was necessary to stop all types of terror and find a way back to negotiations. But as long as Abu Mazen [Abbas] believes in fundamentalism and doesn't abandon the aim to destroy Israel or the Hamas ideology that there is no way to accept Israel, or that only a ceasefire is possible with Israel, then we will get nowhere," Rivlin said. Rivlin emphasized that if Abbas in fact intends to work to stop the terror and if he is honest regarding his desire to return to direct talks, then the way should be found. "We need to find a way to build mutual trust. I am prepared to meet him [Abbas] with the coordination of the State of Israel of course," he said.