Despite the increase in violent attacks in recent months, Christmas celebrations took place across the country, mostly without incident. 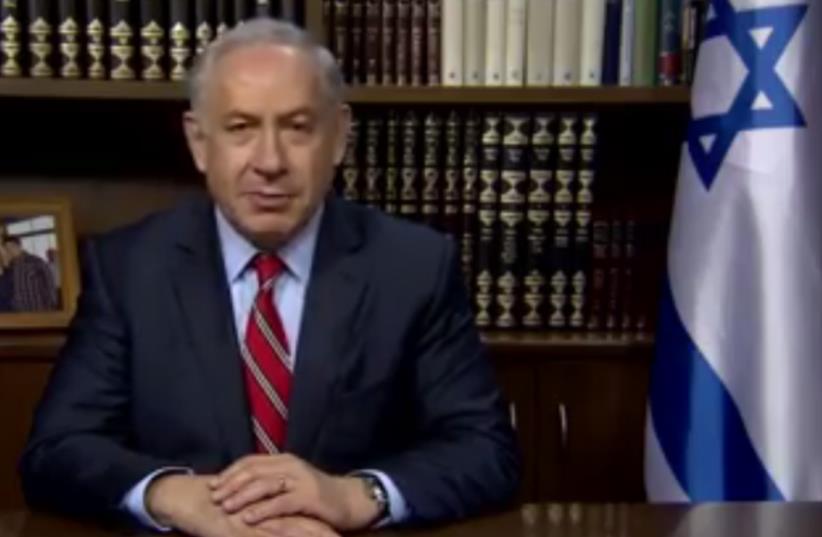 Prime Minister Benjamin Netanyahu wishes Israel's Christians a very merry Christmas.
(photo credit: FACEBOOK SCREENSHOT)
Prime Minister Benjamin Netanyahu reached out to Christians on Friday to deliver a special Christmas greeting from Jerusalem. "From Jerusalem I wish Israel's Christian community, and Christians everywhere, a very joyous Christmas and a happy new year," said Netanyahu in a video message."I am proud to say that Israel is one of the few countries in the Middle East, maybe the only country in the Middle East, where Christians are truly free to practice their faith openly, freely, to celebrate Christmas and other Christian holidays."Despite the increase in violent attacks in recent months, Christmas celebrations took place across the country, mostly without incident.Netanyahu referred to The State of Israel as "a beacon of liberty in a Middle East," and assured Israel's Christian minority that religious freedom and expression remains a sacred part of Israel's democratic narrative. "It is my fervent hope, my fervent prayer, that 2016 is marked by greater security and freedom for all Christians across the Middle East. I wish all our Christian friends a very merry Christmas."