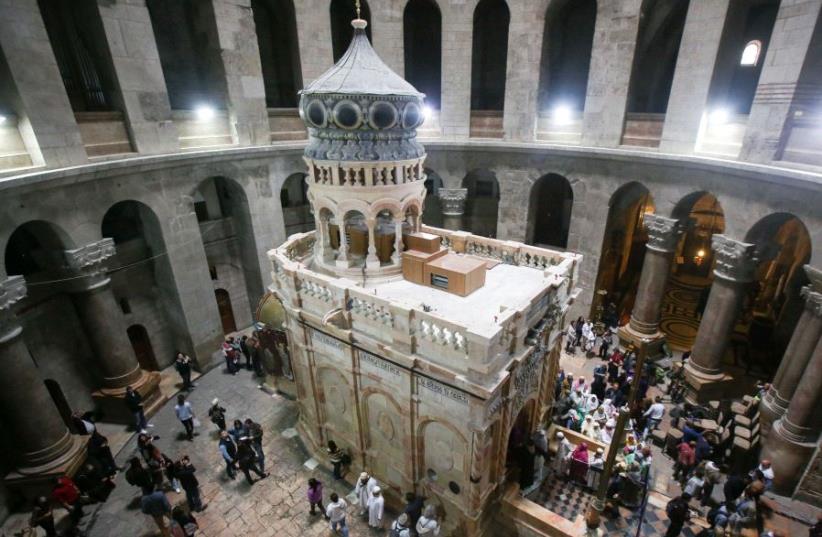 A ceremony held at the Holy Sepulchre after restoration
(photo credit: MARC ISRAEL SELLEM)
Advertisement
Thousands of pilgrims and clergy members from across the globe gathered on Wednesday morning in the Old City’s Christian Quarter to view Jesus’s recently restored tomb in the Church of the Holy Sepulchre.The last time the tomb, considered one of the most sacred sites in Christianity, was restored was in 1810.The work was completed after a reportedly $3.5 million renovation, raised by the representatives of three churches, including Theophilos III, the Greek Orthodox patriarch, Francesco Patton, the custos of the Holy Land, and Nourhan Manougian, the Armenian apostolic patriarch.The newly polished and refurbished tomb, where Jesus is said to have been buried following his crucifixion, was revealed during a ceremony after a team of 50 experts from the National Technical University of Athens spent nine months detailing the aedicule, located above the tomb’s chamber.“For the first time in over two centuries, this sacred aedicule has been restored,” said Theophilos. “This is not only a gift to our Holy Land, but to the whole world.”The Greek team primarily worked during evening hours to allow the public to continue to enter the church.According to Bonnie Burnham of the World Monuments Fund, which led the restoration, the timing of the work was critical.
Thousands gather to see restored site of Jesus’s tomb in Church of the Holy Sepulchre, Mar. 22, 2017 (credit: REUTERS)
“If the intervention hadn’t happened now, there is a very great risk that there could have been a collapse,” said Burnham.“This is a complete transformation of the monument.”Inside the tomb is a burial bed made of rock, where Jesus’s body is believed to have been placed. Workers were able to examine the bed for the first time in over 200 years.Visitors from all four corners of the globe made pilgrimages to the site to view the restoration and tour the Christian Quarter.Shynar Jakiyeva, a 27-year-old accountant from Kazakhstan, traveled with her sister and cousin from the Central Asian country to see the unveiling.“We’ve never been to Jerusalem, and we wanted to see all of the religious places, but especially the place where Christ was buried, because it is very important to know this kind of history,” she said.“Also, we wanted to come to Jerusalem to see the place that unites all the religions. It’s very interesting to know that a place like this exists.”A few meters away, over 50 Muslim men and women from India, dressed in white religious garb, waited patiently for the ceremony to conclude, so they could see the tomb for a second time.“We came to respect the prophet Jesus,” said the group’s leader, who requested anonymity. “There are a lot of prophets to us, but the main ones are Muhammad, Moses, Adam, Noah and Abraham.”Asked his opinion of the restoration, he said it looks “beautiful.”“The whole tomb used to be black [with soot], and now it’s actually shining,” he said. “Also, there are no longer steel bars surrounding it.”“The former glory is back now,” he added.Meanwhile, Alexander Logvine, who wrote a small booklet detailing the history of the church to honor the unveiling, traveled with his wife from Kiev.“I spent two years writing the booklet because it’s a very important part of history, which I am very interested in, especially in the Middle East,” said Logvine.While he said he was impressed by the restoration, Logvine added that it should have been done far sooner.“They should do restorations more frequently than every two centuries,” he said. 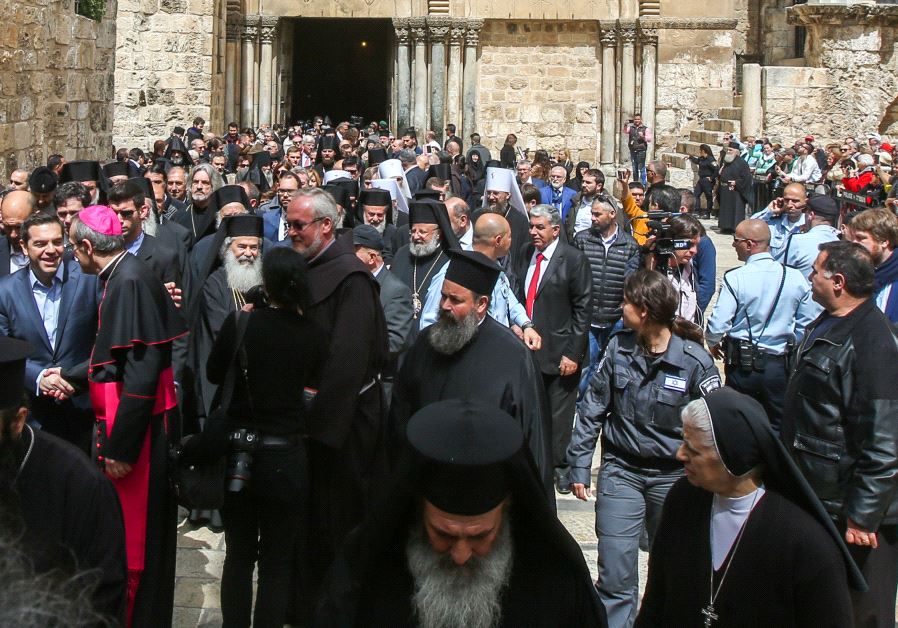 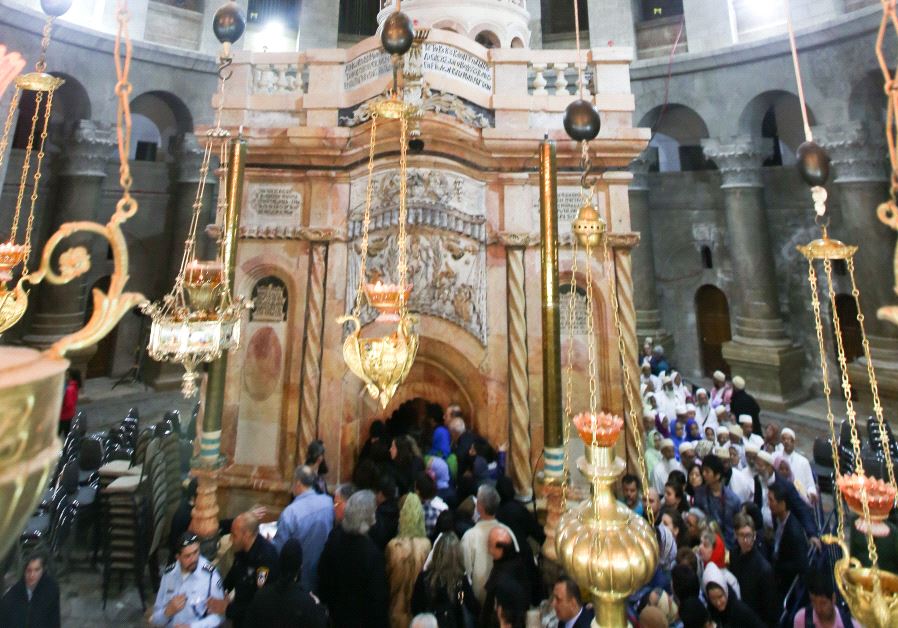 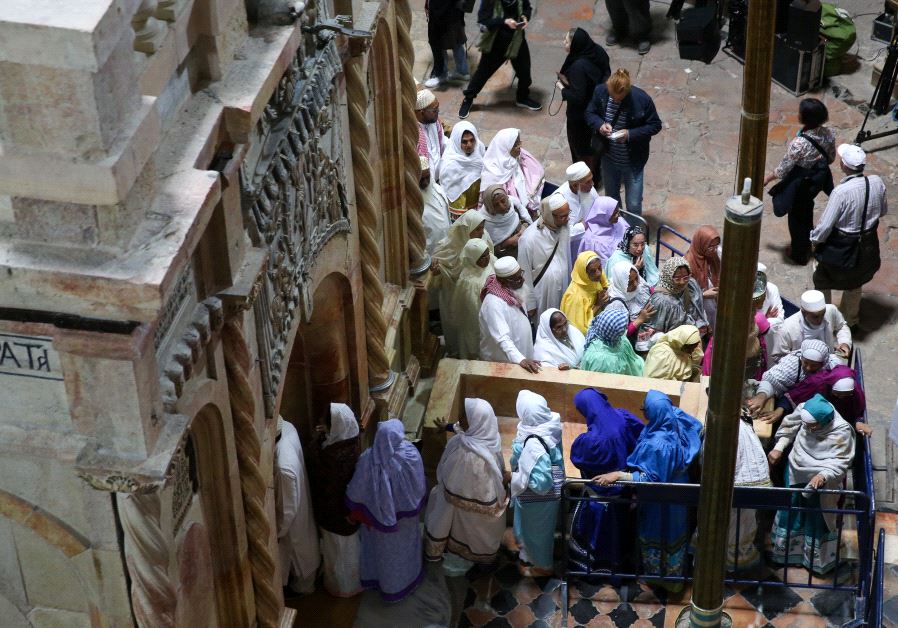 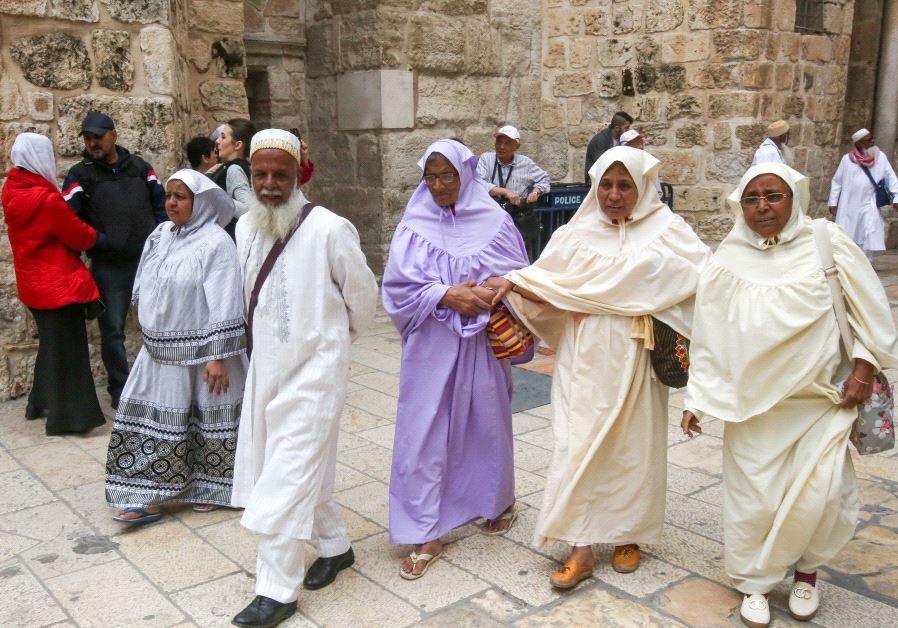 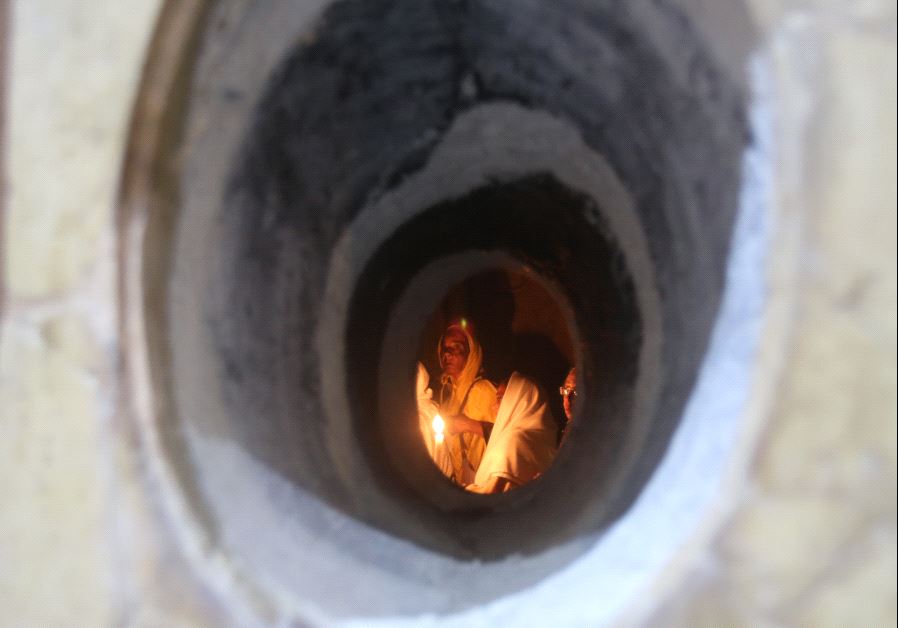