Prior to the discussion and vote Monday, the senators held a moment of silence for the victims of the Poway shooting. 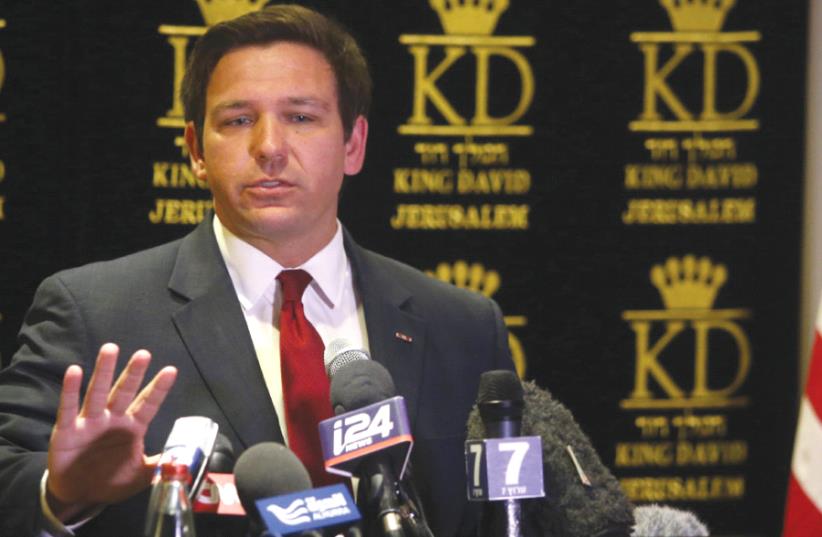 REP. RON DESANTIS of Florida speaks to reporters in the capital yesterday.
(photo credit: MARC ISRAEL SELLEM)
Advertisement
The Florida Senate unanimously passed an antisemitism bill.
Prior to the discussion and vote Monday, the senators held a moment of silence for the victims of the Poway shooting.
Using the State Department definition as its template, the legislation defines as antisemitism calls for violence against Jews, advancing conspiracy theories about Jewish control and Holocaust denial. The measure also mandates that discrimination against Jewish people be treated the same as acts of racial discrimination in Florida’s public education institutions.
The bill moves on to Gov. Ron DeSantis for his signature. It had been passed unanimously three weeks ago by the state House of Representatives.
DeSantis will travel to Israel next month for a weeklong visit, his first official international trip, that will include a Florida Cabinet meeting at the U.S. Embassy in Jerusalem.