Israelis drink about three billion cups of coffee a year

New research shows Israelis consume less alcohol but more coffee. Caffeine acts as a stimulant that interferes with the process of falling asleep. 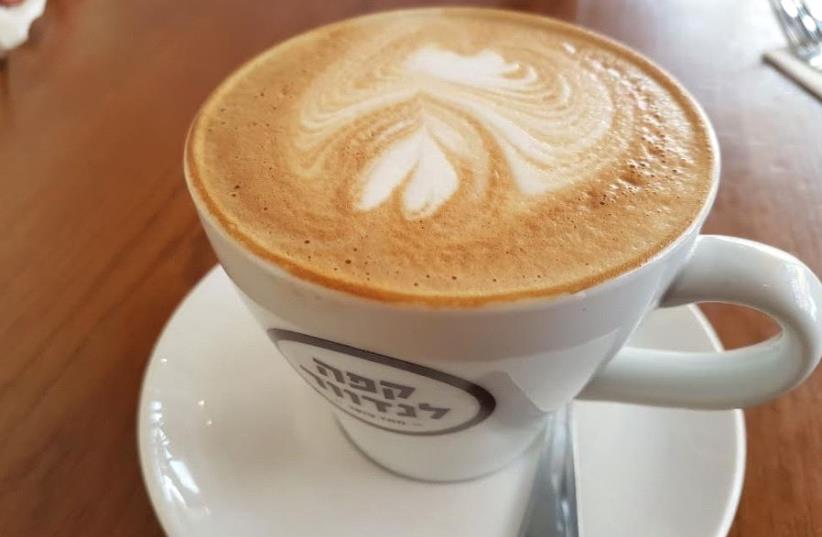 Coffee at Landwer Cafe in Tel Aviv
(photo credit: BECKY BROTHMAN)
Advertisement
A new study by the Israeli startup Sleeprate, which specializes in assessing sleep patterns and disorders, has examined Israelis' drinking habits and their impact on the quality of their sleep. The results: Israelis tend to drink less alcohol but more coffee.
Israelis have about three billion cups of coffee a year and an average of 5.4 liters of alcohol per year per person, according to data collected by the company. Caffeine can impair one’s ability to fall asleep at night, whereas alcohol continuously affects the quality of one’s sleep.
In order to compare Israelis’ habits with those of the rest of the world, Sleeprate surveyed its application users. It found that Israelis drink more cups of coffee than most of the rest of the world - as many as four to eight cups per day. Concurrently, it found that Israelis tend to drink less alcohol at night than those who drink alcohol in other countries.
The study was led by Dr. Anda Baharav, CEO and chief scientist at Sleeprate. She collected data throughout 2018.
Additional findings included that 22% of Israelis drank alcoholic beverages before bedtime, compared with 26% of app users worldwide.
"Alcohol has a significant effect on sleep,” Baharav said, explaining that it is popular with people who have trouble falling asleep. “Alcohol increases the duration of deep sleep during the first half of the night. However, this sleep is not regular sleep, and a person who drinks alcohol may feel a loss of memory and a deep detachment from the environment, as if he were under anesthetic.”
Also, according to the data: 61% of Israelis report consuming caffeinated beverages during the day, compared to 75% of app users in the rest of the world. However, 77% of Israelis indicated that they drank up to three cups, compared to 84% of the rest of the world, while 23% of the Israelis reported drinking four to eight cups compared to 15% of app users worldwide.
Neither in Israel nor in the rest of the world did many app users report drinking nine cups of coffee of more.
"Many studies have found that caffeine acts as a stimulant, which interferes with the process of falling asleep. It also influences one’s biological clock,” Baharav said, noting that caffeine consumption was also effect the secretion of the sleep hormone melatonin.
And what about stress levels? There were interesting distinctions between the application users, as well.
The average Israeli man rated his stress level at around 44.8, and the average woman rated hers at 34.1. This was in contradistinction to the rest of the world, where the average stress level of a man was around 41.2 and for women 46.8.
"People with high levels of stress find it difficult to fall asleep, so they sleep less and have difficulty functioning at an optimal level,” said Baharav. “This creates a vicious circle in which deficient sleep increases one’s level of stress. Then, one’s stressful day makes it more difficult for the individual to fall asleep.”Translated by Maayan Hoffman.