Analysis: The Israel election decided by one vote

Now that the role of the people is over, the election will be decided by one man: President Reuven Rivlin.

By Gil Stern Stern HOFFMAN
MARCH 17, 2015 22:24
Herzog and Netanyahu
(photo credit: REUTERS)
With all due respect to the millions of people who gave up time on their vacation day to cast ballots, it was clear from the start that the election would be decided by one man: President Reuven Rivlin.When the polling stations closed at 10 p.m. Tuesday, so did the irrelevant part of the election when the people had their say. Now the important part of the election begins.Polls in The Jerusalem Post and elsewhere have found that the people of Israel do not want a national unity government. In past elections they did, but this was the “It’s us or them” election, in which everyone pushed for their own team.Perhaps now that the election is over, the people will change their minds and favor unity again. But it does not matter, because the role of the people in the election is over.It’s now Rivlin’s turn to take over, and Rivlin wants a unity government. It’s his job to bring about the strongest and most stable government, and he thinks that is a coalition of the Likud and the Zionist Union together.His associates say he won’t force a unity government, but he will encourage one. Anyone with a Jewish mother knows that sometimes it’s hard to tell the difference between the two.The leaders of the Likud and the Zionist Union, Prime Minister Benjamin Netanyahu and opposition leader Isaac Herzog, will each push Rivlin to give him a chance without the other. Rivlin will push back for unity, although his associates say that if Kulanu goes with Netanyahu a right-wing government is unpreventable.A unity government would include the Likud’s 27-28 seats, Zionist Union’s 27, Kulanu’s 10, Shas’s seven, and United Torah Judaism’s six-seven for a total of 77-78 mandates.If Netanyahu gets his way and receives the right to form a right-wing government, it would include the Likud’s 27-28 seats, Bayit Yehudi’s eight-nine, Kulanu’s 10, Shas’s seven, United Torah Judaism’s six-seven, and Yisrael Beytenu’s five for a total of 63-66 mandates. 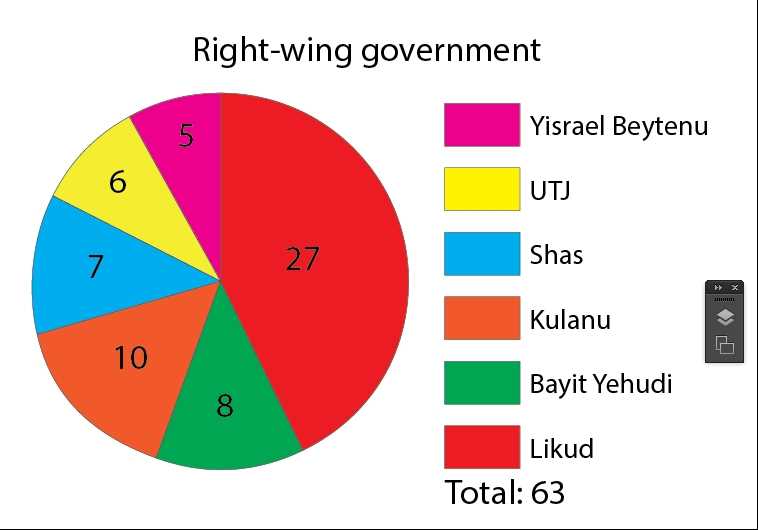 If Herzog gets the right to form a government, it’s more complicated. The haredi (ultra-Orthodox) parties say they won’t serve in a coalition with Yesh Atid, the Joint (Arab) List says it won’t join any coalition, and Yisrael Beytenu leader Avigdor Liberman says he won’t join a coalition with Meretz even if he is offered the title of president of the United States.The best Herzog could do is take his 27, Kulanu’s 10, Shas’s seven, UTJ’s six, and Meretz’s five. That’s only 55 mandates. 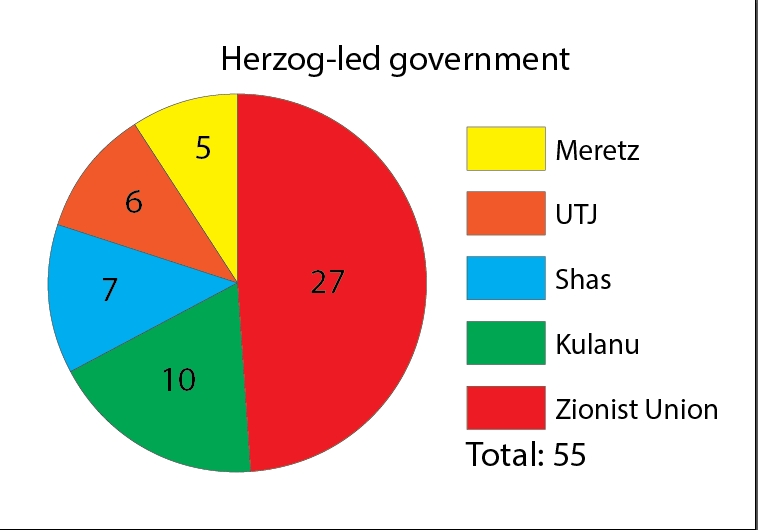 That brings us back to a unity government.President Rivlin, the choice is yours. This election will be decided by one vote.