Israeli experts have been touring the world to debate and discuss issues with legal scholars and feel they are gaining ground. 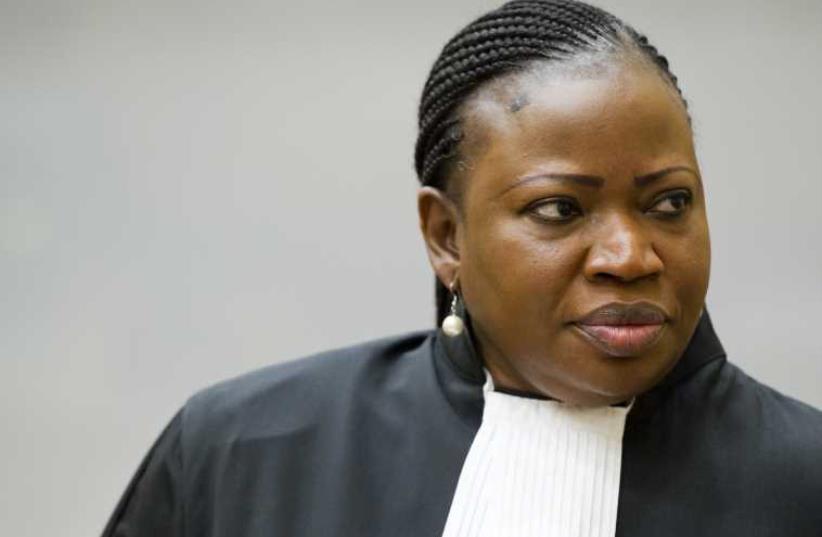 ICC Prosecutor Fatou Bensouda
(photo credit: REUTERS)
Advertisement
Time is a funny thing.International Criminal Court Prosecutor Fatou Bensouda probably thought it was a good idea to take her time deciding whether to criminally investigate Israel’s conduct concerning settlements and the 2014 Gaza war.Four years later, if she was looking to teach Israel a lesson, it seems time may not be on her side.Incidentally, this may be why Bensouda’s report on Wednesday on the Israeli-Palestinian situation suggested that she is near a decision about whether to launch a full-fledged criminal war crimes probe against Israel and Hamas.In November, when Attorney-General Avichai Mandelblit said that he was considering issuing a comprehensive formal legal critique of Bensouda’s acceptance of the existence of a state of Palestine for ICC purposes, there was more going on than met the eye.The Jerusalem Post has learned that, while no one knows what the ICC will decide about Israel, the state is far more confident about its dealings with the ICC and its global standing in the event of a legal battle than it was in the past.One might conjecture that Mandelblit and Israel publicly rehashing the issue of statehood and Palestine – which Bensouda and the ICC’s Assembly of State Parties decided on in January 2015 – comes following US criticism of the ICC.Bensouda and the ICC Assembly recognized the state of Palestine despite Israeli objections that the Palestinians are not recognized as a full member by the UN Security Council and since it lacks borders.Without withdrawing its objection, Israel has tried to convince her that its legal system sufficiently probes war crimes and that the ICC is precluded from intervening. Usually the effect of lodging an objection, but continuing dialogue on other issues is a way of saving face despite the ongoing fight. So maybe Mandelblit still hopes to convince the ICC to reverse its position and comes on the heels of US attacks, which accuse the ICC of being politicized.But the Post has learned that the calculations are more complex.Israeli experts have been touring the world to debate and discuss issues with legal scholars and feel they are gaining ground.In September, during a presentation in The Hague, top Israeli legal officials said that ICC judges came to hear them and appeared impressed with the discussions.Likewise, Israeli officials feel that Bensouda’s office no longer one-sidedly condemns the IDF for all demolitions of terrorist’s families homes. They also say that recent ICC statements against an Israeli evacuation of Khan-al-Ahmar ,and against IDF firing on Gazans who were trying to cross the border were not as pro-Palestinian as some believed.Rather, they say that Bensouda might better understand that the legal issues surrounding some home demolitions, the issue of Khan-al-Ahmar and the Gaza border are more complex.Some say that Bensouda’s public criticism of Israel was an attempt to try to exercise some pressure on Israeli behavior in the future, and not remain prejudged against Israel on long-term legal issues.In this understanding of Mandelblit’s idea of re-challenging the ICC on “Palestine,” Israel’s second bite at the apple approach comes as its legal standing is improving.Statements by the US against ICC politicization might be useful in some general sense, but the bigger point is to frame the debate over Israel by saying that if the ICC sticks to recognizing Palestine, it will have politicized itself against Israel.Government officials say this goes far beyond being a technical jurisdiction issue.At the same time, they might admit that this line of criticism of the ICC would dovetail well with criticism, claiming it is a bureaucratic behemoth that has barely successfully handled any cases in over its 15 years of operation.Going after Israel and recognizing Palestine can then be portrayed as the ICC throwing Israel under the bus to improve its overall eroding global reputation.Are Israeli officials being overly optimistic? Many in the past believed that Bensouda and the ICC Assembly of State Parties would not accept Palestine as a state, which they did in January 2015.Wednesday’s annual report by Bensouda had some possible good news for Israel about potentially giving Israel a pass relating to 2014 Gaza war crime allegations. But, the report appeared to signal Bensouda’s readiness to go after Israel for war crimes related to the settlement enterprise and possibly for the Gaza border confrontations since March.There were also no signs that Bensouda was looking to re-examine her 2015 acceptance of Palestine as a state.It is also unclear whether the report’s mixed messages will make Mandelblit more or less likely to make a public campaign against the ICC’s acceptance of Palestine.Ultimately, Mandelblit will likely size up whether pressuring Bensouda at this critical moment will increase the chances of a favorable decision toward Israel or exacerbate tensions.