The shard contains a depiction of the deity Bes, who protected households.

By RACHEL BERNSTEIN
MARCH 20, 2019 23:32
The "Bes-Vessel" discovered March 20th, 2019
(photo credit: ELIYAHU YANAI/CITY OF DAVID)
Advertisement
Just in time for Purim, a fragment of a clay jar decorated with a human face that dates to the Persian period (fourth to fifth centuries BCE) that had been found in the City of David was revealed to the public, according to the Antiquities Authority on Wednesday.
The jar fragment, which depicts two open eyes, a nose, one ear and part of a mouth, was discovered in archaeological excavations carried out by the authority and Tel Aviv University in the City of David. The excavations were conducted in the Givati Parking Lot and included a large waste pit that contained pottery fragments from the Persian period. 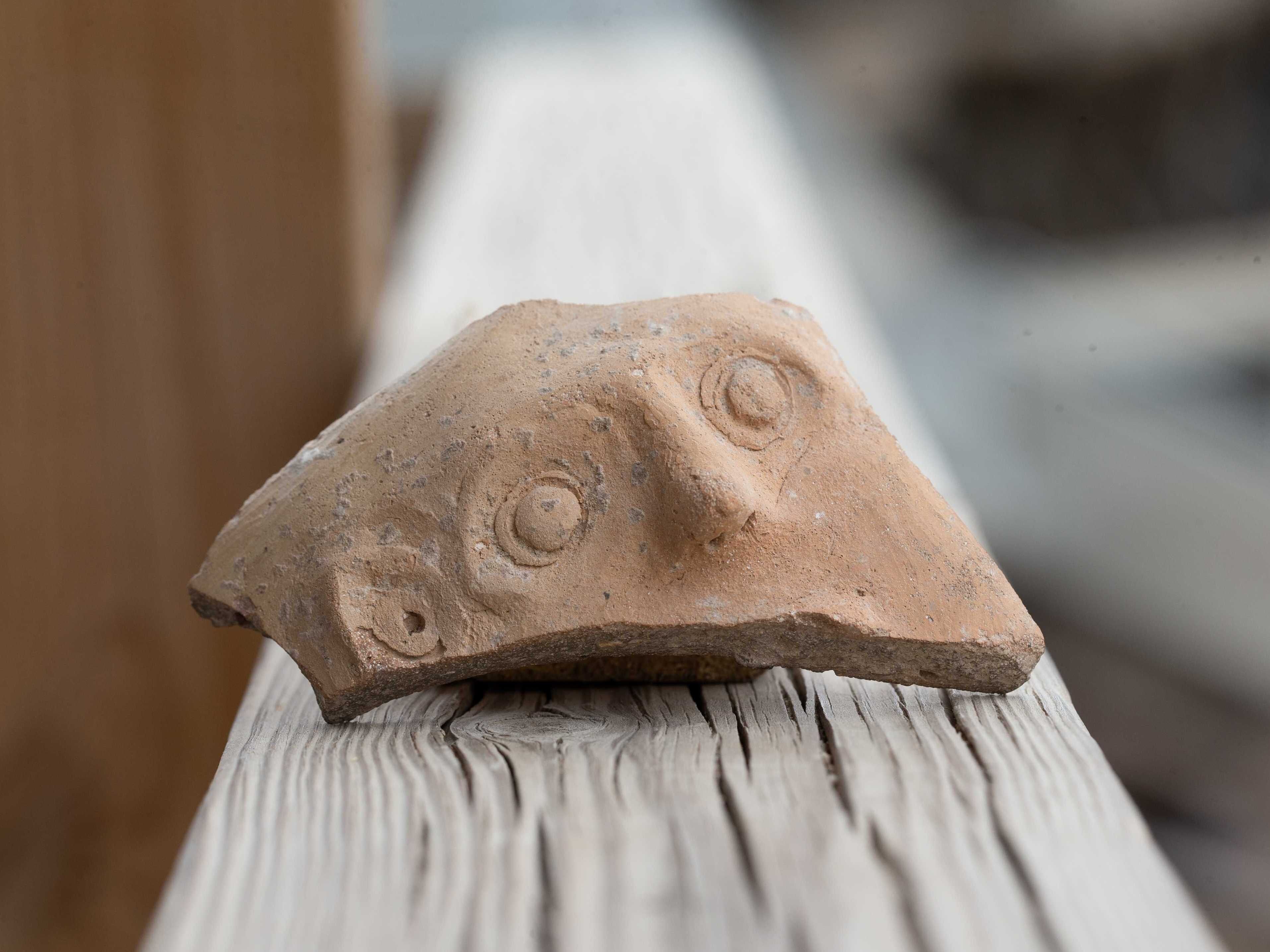 (Eliyahu Yanai, City of David)
While pottery from this time period had been previously exposed in the City of David, “this is the first time that such a vessel has been found in excavations in Jerusalem” or anywhere in the region, according to Prof. Yuval Gadot of Tel Aviv University and Dr. Yiftah Shalev of the authority.
Biblical accounts assert that Jerusalem, and particularly the area today known as the City of David, was rebuilt at the beginning of the Persian period after the Babylonians had destroyed and deserted the city for decades. It is supposed by some scholars that during the Persian period, Jerusalem resurged as a capital of the newly established province of Yehud, from 586 BCE until the late fifth century BCE. However, few archaeological finds from the Persian period in Jerusalem have been discovered by archaeologists.
(Eliyahu Yanai, City of David)
The few finds that have been discovered through excavations include more pottery sherds (a form of pottery fragments), coins and stamp impressions, and most have been found in the City of David area.
The type of jar the sherd belongs to is called a Bes vessel, a jar type that was common during the Persian period, and is originally from Egyptian mythology. Bes was the protector deity of households and domestic issues, as well as mothers, children and childbirth in general.
Such Bes vessels from the Persian period have been likewise discovered in other regions, such as Tel el-Hesi, an ancient site south of modern-day Kiryat Gat.
Bes later became a god affiliated with music and dancing, and his image was used to decorate walls of houses and various vessels, or worn as an amulet around the neck.
His image is depicted as a bearded dwarf with a large face, protruding eyes and a tongue sticking out, and wearing a feather hat. The image of Bes is intended to illicit joy and to drive away evil spirits with his absurd appearance. Bes images have been found in cities such as Shushan and Persepolis, and were spread to other settlements in the Persian Empire outside of Persia itself.
The more recent Givati Parking Lot excavations, since their beginning in 2007, cover the area south of the Dung Gate in the Old City and are adjacent to the entrance to the City of David’s archaeological park. The excavations have uncovered use of the area from the Iron Age (around sixth century BCE) to the Middle Ages.
Excavations in the City of David have uncovered a number of fascinating findings throughout the years. In 2011, the authority reported the uncovering of a Christian prayer box that dated from the Byzantine period (sixth to seventh centuries CE), decorated with two figures and made of bone.
Two years later, the authority reported the discovery of a sheet of lead that contained a curse inscribed in Greek.