Ex-chief justice: Justices’ meetings with PM necessary even under probe

Naor, who ran the judicial branch until October, made the comments to Kan radio in what was only her second public interview since stepping down. 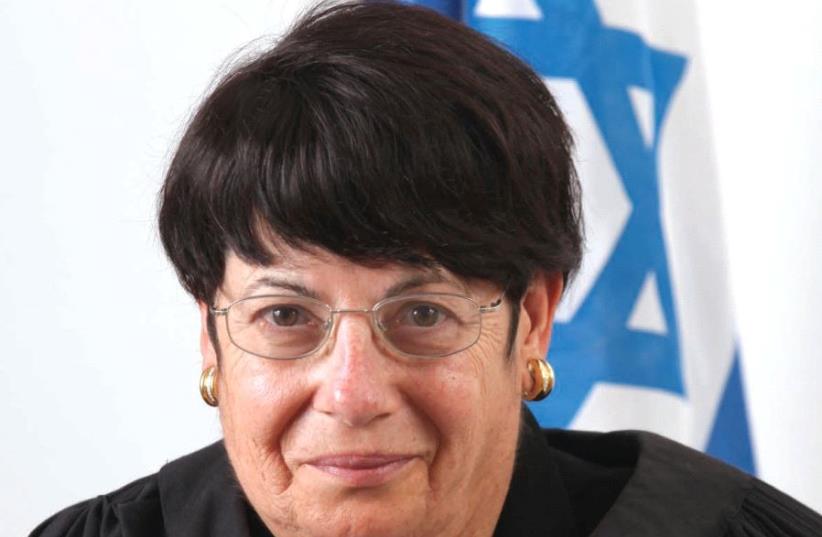 Miriam Naor
(photo credit: MINISTRY OF JUSTICE)
Advertisement
It is necessary for judicial branch representatives to meet with Prime Minister Benjamin Netanyahu when major legislation impacting the courts is being considered, even as he is under investigation, former Supreme Court president Miriam Naor said on Thursday.Naor, who ran the judicial branch until October, made the comments to Kan radio in what was only her second public interview since stepping down.She was supporting her successor, Esther Hayut, who recently met with Netanyahu about legislation to give the Knesset the power to override the court, though some raised flags about the prime minister interacting with the judicial branch which may one day determine his fate.Further, Naor revealed that she had held multiple meetings with Netanyahu, but refused to reveal anything regarding the content of those meetings.Also, relating to Netanyahu’s criminal investigations, Naor rejected attacks on the concept of using state’s witnesses.Certain Likud MKs and Netanyahu supporters have been trying to delegitimize state’s witnesses, a number of whom are at the heart of criminal allegations against Netanyahu for public corruption.Whereas these Netanyahu supporters have called state’s witnesses inherently untrustworthy for usually being involved in the crimes they are testifying about, Naor said they are critical to a range of cases which cannot be cracked without their help – including bringing down tightly knit organized criminal syndicates.Moreover, she said that there are strict regulations set down and overseen by the attorney-general to ensure that state’s witnesses are not misused.She did add she was speaking generally about the use of state’s witnesses and not taking positions on specific cases.Moving on to public attacks on the court’s legitimacy, Naor said, “Some criticism crossed red lines... some of the slander [against the court] was not based on substance, but from frustration with the results” of court rulings.Recently, much of the government, especially Bayit Yehudi, has pushed the idea of a Knesset override of the court in order to push through laws to get African migrants to leave the country – which the courts previously canceled as unconstitutional – and to deal with other controversial issues like drafting haredim (ultra-Orthodox) into the IDF.However, Justice Minister Ayelet Shaked told Kan radio earlier Thursday that there was no majority to move forward with the legislation in the Knesset after the Kulanu Party refused to support it.Regarding Shaked, who publicly was viewed as one of the strongest attackers of the courts, Naor demurred and said they shared collegial relations and had been up front with each other at all times about where they stood.