New Orthodox rabbanit says she is ‘privileged as a woman to contribute to communal spiritual leadership.’ 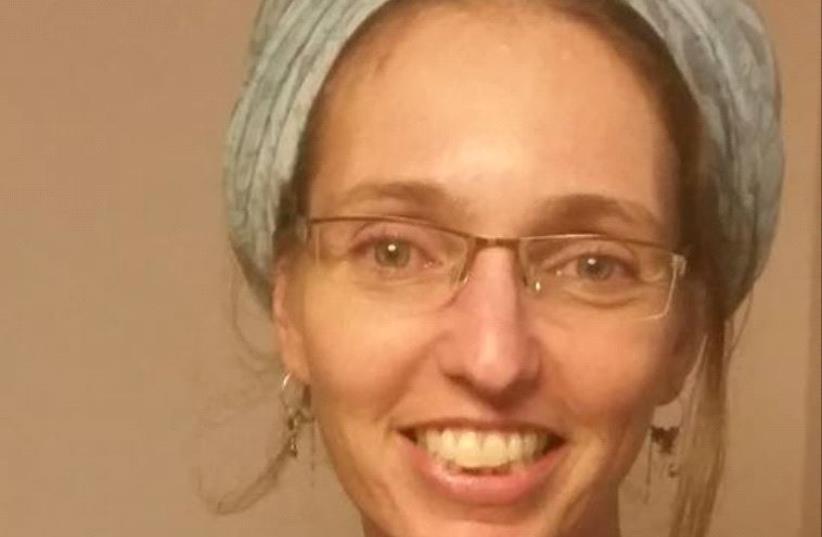 Carmit Feintuch
(photo credit: COURTESY CARMIT FEINTUCH)
Advertisement
Carmit Feintuch, the newly appointed spiritual leader for the Ramban Synagogue in the capital’s Katamon neighborhood, has said she sees a mission in her new position to help enrich the religious lives of community members.As first reported by The Jerusalem Post, Feintuch was appointed to the position two weeks ago and will fill a variety of pastoral and spiritual roles alongside Rabbi Benny Lau who heads the Ramban community.In a statement released through the Beit Hill liberal Orthodox rabbinical association she is a member of, Feintuch said that it was “a privilege to be in a generation in which women can contribute with all their energy to spiritual leadership.”“In leading the community I see a precious opportunity to accompany women and men on the journey of their lives through a vision of faith and Torah, to help people in finding meaning through the Torah I have learned and the educational tools I have,” said Feintuch, who will bear the title of “rabbanit.”She thanked the Ramban community and Lau for the faith they had shown in her by appointing her to the position.Beit Hillel welcomed the appointment and called on other communities to integrate women into their spiritual leadership.“As an organization that has strongly emphasized the need to empower female Torah scholars in leadership and dissemination of the Torah, and as the first and only Orthodox rabbinical association in which women take equal part in its leadership, we are excited about this significant step,” Beit Hillel said in a statement to the press.Rabbi Shlomo Riskin, the chief rabbi of Efrat who made the first-ever appointment of an Orthodox female spiritual in a communal role in Israel last year, also praised Feintuch’s appointment.“In every community there is a structural need for a woman to serve in a position of spiritual leadership,” said Riskin, who is also the head of the Ohr Torah Stone network of institutions.In January last year, Riskin appointed Dr. Jennie Rosenfeld, a graduate of the Susi Bradfield Women’s Institute of Halachic Leadership at Midreshet Lindenbaum (an Ohr Torah Stone institution), to take up such a role in Efrat.The institute runs a five-year course through which graduates are certified to serve as arbiters of Jewish law and spiritual leaders.Riskin said that Rosenfeld’s work since being appointed had been “a vibrant addition for religious services available in the community,” and that she had become someone to turn to “for direction and support... whether for spiritual challenges which occur in everyday life or during periods of change in people’s lives which have halachic and existential significance.”The rabbi said that the establishment of a program to train women in giving halachic instruction, was “not taken out of a sense that such a step was a revolution but rather that it was a step too late in coming.”He added that he had hoped that the appointment of Rosenfeld would pave the way to the appointment of more women in such roles, and that he was extremely pleased that this process was now under way.“I call on other communities to allow the many other qualified women to strengthen Judaism and their congregations,” said Riskin, while also calling on municipal authorities and the government to publicly fund positions for female municipal spiritual leaders as they do for municipal and regional rabbis.