Israel's new wave of pioneers who commune in the desert

“People don’t just come here, we all have our reasons to be here.” 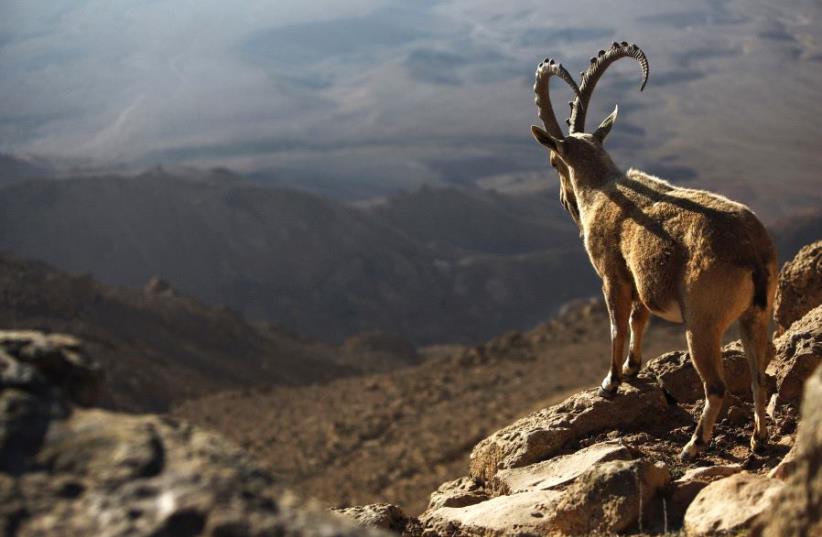 An Ibex stands on a cliff-edge above the Ramon Crater in southern Israel's Negev desert
(photo credit: REUTERS/AMIR COHEN)
Advertisement
Ayalim touts itself as the new wave of Israeli pioneers.Taking what worked for the early pioneering immigrants who built their homeland with their own hands, Ayalim’s vision is updated to fit the sensibilities and needs of the people, communities and challenges facing Israel in the 21st century.The idea is simple. The organization recruits college students and pre-army high school grads to build, maintain and live in student villages throughout the periphery, including areas in the Negev, Galilee and Center.Compared to other student housing options for students, these are significantly cheaper and more spacious (the going rate for a shared living quarters is less than NIS 1,000 per month).Through volunteer work and community engagement, the goal is to build and strengthen communities in the periphery, and ultimately for the students to remain in these parts into adulthood – an attractive offer, considering the lower population density and housing prices, compared to the rest of the country.Ayalim is something of a darling project for both Israelis and the Diaspora, garnering plenty of government and philanthropic support. Receiving generous monetary backing from the Education Ministry as well as from the municipalities in which these villages are found, those who are involved with the program don’t need to struggle for funds.Established in 2002, Ayalim has been bringing thousands of students and national service volunteers to parts of the periphery to bring to life the Zionist ideals of their grandparents.However, on the ground, the story changes from lofty ideals to practicality. It’s not old-school Zionism that is bringing these young people out of their cities and towns to some of Israel’s most isolated areas; it’s a desire to be part of a community and to contribute more to their surroundings.An Israeli student, who is a member of the Ayalim NGO, works at a construction site where recycled shipping containers are used to build accommodation for students in the southern Israeli town of Sderot (Reuters/Amir Cohen)“I wanted to do something bigger than just reading about Freud and Marx,” Michal, 23, from Jerusalem, told The Jerusalem Post.Michal has been living on one of Ayalim’s 22 student villages, Ashalim, for the past two years.One of the first villages built up by Ayalim, Ashalim is tucked away in the Negev Desert. Built in 2003, this student village holds about 60 residents, who are mainly students at Ben-Gurion University in Beersheba, which is 35 kilometers north of the village; plus some 50 18-year-olds who are completing a year of national service before their army service begins.The village has a camp-like, kibbutz vibe, with terra-cotta-colored houses designed in a traditional Moroccan style. The view outside of the village is of vast desert, as far as the eye can see.SITTING IN the village’s common area/pub over salads, breads and dips, some of the residents in this community shared their experiences and reasons for joining this program with the Post .Doron, 25, from Ramat Gan, sits cross-legged on a couch. He has thick curly black hair tied up in a big bun over his head, and wears loose-fitting clothes. He has been living at Ashalim for about six months.“People don’t just come here,” he said; “we all have our reasons to be here.”For him, living in this type of environment isn’t so much about fulfilling the Zionist dream as it is giving himself a chance at building a community and connecting with nature.“I fell in love with the desert when I was in the army,” shared Doron.He made clear that his motives for being here were based not on ideology but on practical considerations: “I always heard about this type of communal living, but I never experienced it before. It’s not just about Zionism. It’s about doing, and this is why I came here. The community and structure I have here are really important to me.”Doron explained the modern-day implications of being in such a setting. “City life can be isolating; and growing up close to Tel Aviv, I never had this type of experience. The village is amazing; you have so much space.”For him, the mix of community living and studying in the bustling city of Beersheba suits his sensibilities, but he is not yet sure if living in this part of Israel is in the cards just yet. 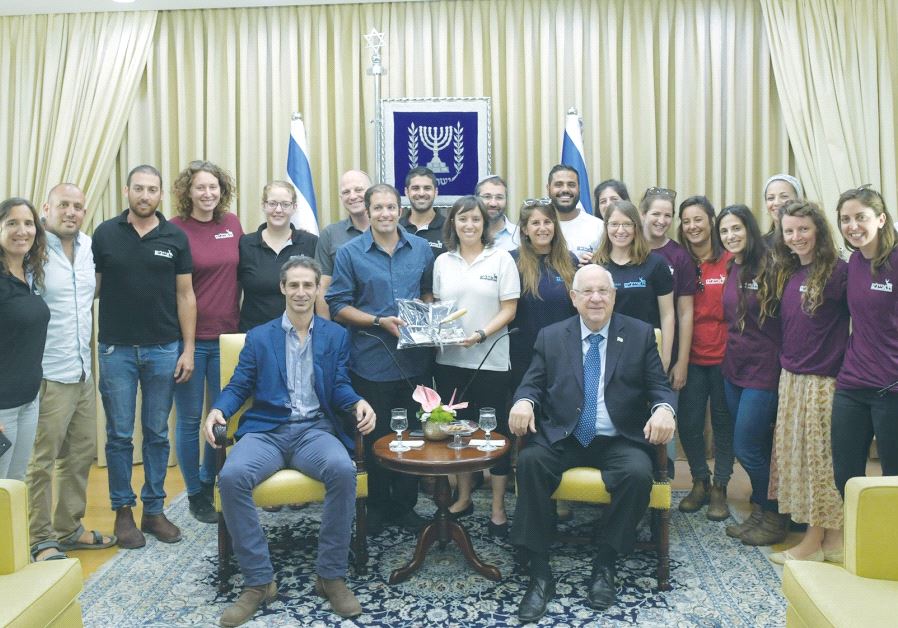 President Reuven Rivlin poses with managers of Ayalim at the President’s Residence (AMOS BEN GERSHOM, GPO)Maya Mizrachi, 24, is from Manchester, and has been living in Israel since childhood. She is in charge of logistics in the village. Unlike Doron, she has no problem with expressing some old-fashioned idealism with her reasons for being in the village: “Our grandparents already built this land for us, but we need to keep building,” she said. “We have the Negev; we should be strengthening and not neglecting it, and I think it’s crazy to see young people that have nothing to do with Zionism really do something.”For Mizrachi, continuing and reshaping the Zionist dream is important to giving meaning to her generation’s connection to this land: “We want to have our own dream. I feel great pride to be part of it [Ayalim]. When I tell my grandparents about the work we do here, they get very emotional. My grandparents came here from Egypt and were also pioneers and built kibbutzim, so it’s important that we continue this tradition.”ONE OF Ayalim’s proudest accomplishments was their four-year-old student village in Sderot.Sderot’s student village was built during Operation Protective Edge in 2014, in an effort to bring some life to a city that was being hit with rockets during that time.Ayalim volunteers converted 40 cargo freight boxes into fully functioning living quarters.The student village was built during the two-month war – mostly by the female members, as most of the male Ayalim members were called up to the reserves.The village is home to 70 Sapir Academic College students.Like a typical student housing situation, there are whimsical touches, such as swings hanging from trees, picnic tables adorned with colorfully painted ashtrays, a painted electric guitar planted in a little flower garden with artificial turf covering the grounds.Today, these converted cargo boxes are really in demand, and there is currently a waiting list to live there.The village is also home to the Hosen Center – for kids dealing with post-traumatic stress disorder through interactions with animals.“Besides the rockets, there was really nothing going on here,” Rinat Leibovich, student director of the village, told the Post .In the four years since the Ayalim members set up shop in Sderot, the city has been going through a communal transformation.Leibovich is currently a senior at Sapir College and sees her role as more than a director but as a community organizer.She has been living there since the village was built, and can attest to the noticeable change that took place in Sderot. “We are not only doing activities together as students, but we are reaching out to the city as well. The whole atmosphere is changing and becoming more community oriented.“Little things, like having open Friday night meals, are having lasting effects that can be seen throughout the city,” Leibovich added.Leibovich also mentioned that Ayalim members cooperate closely with Sderot Mayor Alon Davidi, and together they have been working to transform the city.Outside the student village, several of Ayalim members who have since graduated from college have chosen to remain in Sderot, and are giving back to the community. There are three businesses owned and operated by Ayalim graduates: an Italian restaurant, a pub and a hummus shop, all helping to stimulate the economy and bring a livelier element to this southern city.Ahead of the Passover break, instead of traveling abroad or enjoying the simple pleasures that can be found with weeks off from classes, a thousand Ayalim members from all over Israel are coming together, with the support of the Acre Municipality, to renovate a dilapidated building in its Old City and convert it into what they call a cultural melting pot.